So near now for delighted Longford Town manager Tony Cousins 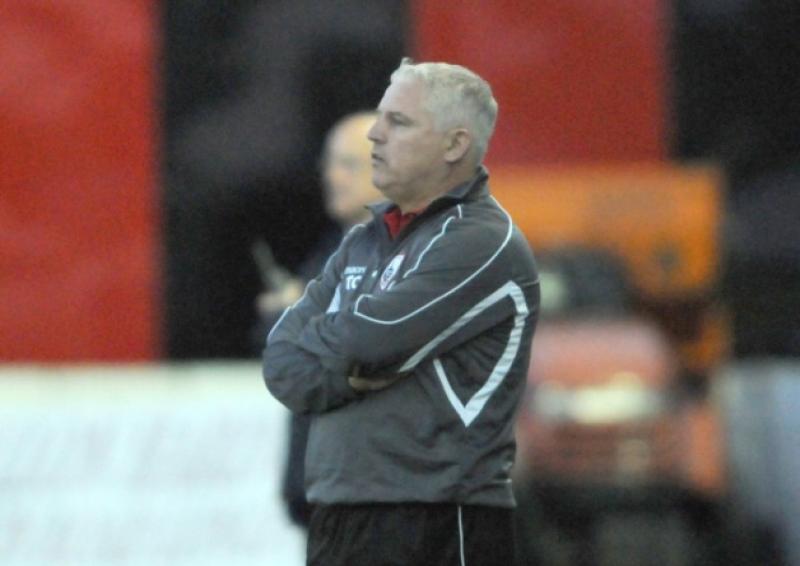 After Friday night’s results which saw Longford Town beat Waterford and second place Shelbourne lose to Finn Harps, the midlanders are now just one win away from securing automatic promotion to the Premier Division.

Delighted Longford Town manager Tony Cousins said: “The most important thing is that you have to get your own result first. Right from the off against Waterford we were fully focused. We played some really good football and I was really pleased with the boys. We probably should have won by more. I said it all along that if we win our remaining games we win the league without looking at anyone else to do us a favour.”

The Town dominated the game against Waterford with Gary Shaw and Jamie Mulhall getting the crucial goals. It was Mulhall’s first goal for the club and the young defender has been outstanding this season.

Cousins likened him to a famous full-back: “I think one of the best parts of his game is going forward; he has the Seamus Coleman look about him when he’s attacking. He’s working hard on his defensive side as well and he did really well in the air against Waterford. I thought our back four in general at the RSC were excellent as a very tight unit.”

With so much at stake in these final games, Tony Cousins concentrated completely on his own team. He didn’t want to get distracted by events in Finn Park and that didn’t happen.

“I warned a couple of the lads on the bench; I don’t want to see any phones being pulled out because I didn’t want the players knowing what was going on elsewhere. When you heard the roar you knew, we were in the dressing room after the game and next thing you hear it’s 2-2 and then someone said it was 3-2 to Finn Harps, you don’t know whether they were pulling your leg. It’s a great position to be in.”

Longford Town can now become First Division league champions on Friday night with a win at home to Shamrock Rovers B and Cousins is really looking forward to the game at City Calling Stadium.

“It is now very much in our own hands. That’s the position that we wanted to be in. It’s going to be a fantastic occasion and we want to be focussed in the quest for one more win. At the end of the day we haven’t won the league yet but we are so near now. I have to make sure that the players are really ready for Friday to get the result that is required to finish the job,” said a very contented Cousins.