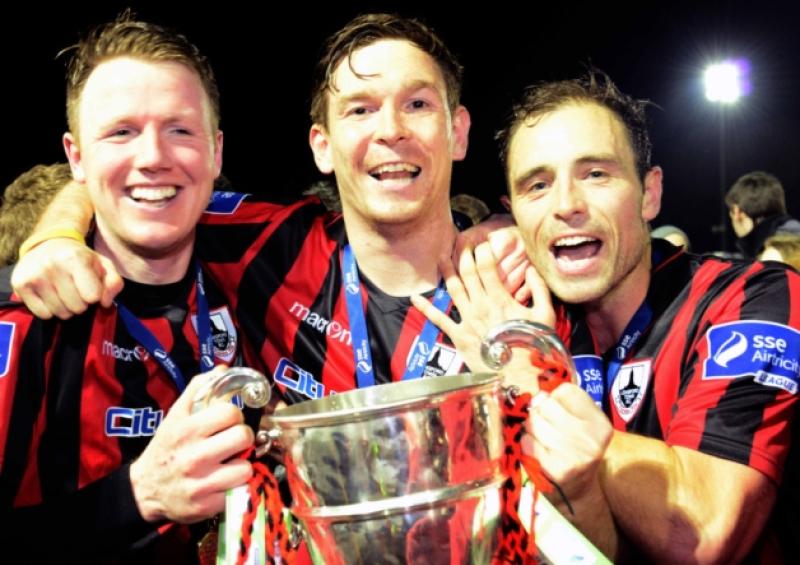 A very big attendance of around 2,200 were in City Calling Stadium on Friday night to witness history being created as Longford Town won the First Division Championship – their first league title in senior football – and in doing so gained promotion back to the Premier Division after a seven year absence.

After the disappointment of the play-off failures in the last two seasons, it was a night of celebration for the club as they were crowned champions. It was indeed fitting that this was achieved in the 90th anniversary of the club’s founding and their 30th year in League of Ireland football.

The chants of ‘we are going up’ and ‘stand up if you’re Longford Town’ rang out around the ground as the clock ticked down. The scenes at the end of the game showed what it meant to the long suffering supporters and the Town players who proved to be the best team in the first division this season.

Gary Shaw (2), Don Cowan (2) and David O’Sullivan scored the goals in a completely one-sided encounter against a youthful Shamrock Rovers B side.

Full coverage of Longford Town’s title triumph in next week’s Longford Leader, on sale on Wednesday