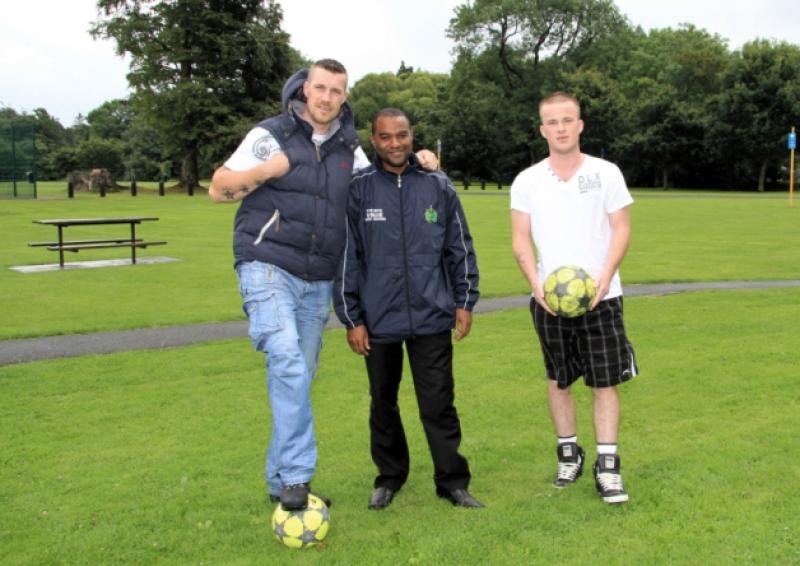 The World Cup may be over for another four years, but for two up and coming Longford based soccer players their footballing odyssey is only just beginning.

The World Cup may be over for another four years, but for two up and coming Longford based soccer players their footballing odyssey is only just beginning.

The pair were picked from an initial selection of 500 hopefuls at an All-Ireland tournament held in Dublin earlier this year.

Their achievement is made all the more impressive given that 20 per cent of Ireland’s World Cup squad hails from Longford.

“It’s going to be a great experience. Not many people can say they have represented their country.”

As its name would suggest, the Homeless World Cup relies upon the art of football to help improve the lives of its many participants.

Now in its 12th year, the competition is no stranger to attracting up and coming soccer stars from Longford.

Mikey Myers and Michael Nevin both donned the famous green jersey in 2009 and 2012 respectively.

The year previously was undeniably the county’s most successful 12 months to date when Martin Nevin, James Mongan and Steven Myers were all called up for international duty.

Like those before them, this year’s batch of talented soccer hopefuls form part of Acorn’s Longford Street League.

A competition which is open to the public from those aged 18 and up, the street league is a seven-a-side tournament aimed at addressing many of the ills of modern day society.

“It’s about helping people feel they belong in a community and integration,” said Thomas and Jerry’s coach and mentor Antem Roland.

The Cameroon national has experienced at first hand the highs and lows that come with playing top flight football.

In 1994, the now 34-year-old saw his dream of playing professional soccer all but disappear when injury forced him to cut short a trial spell with Swiss side, FC Zurich.

A decade or so on, he’s set his sights on ensuring the sport plays its part in improving the lives of young men in Longford.

“The street league is great in that it builds confidence and gives people a real purpose,” he said.

As for his two proteges, Jerry and Thomas, the soccer world Antem suggests might be in for quite a surprise in a little under three months time.

“They are good, yes. And I’m confident they will give it their best,” he said.