Longford Town make it to the play-offs 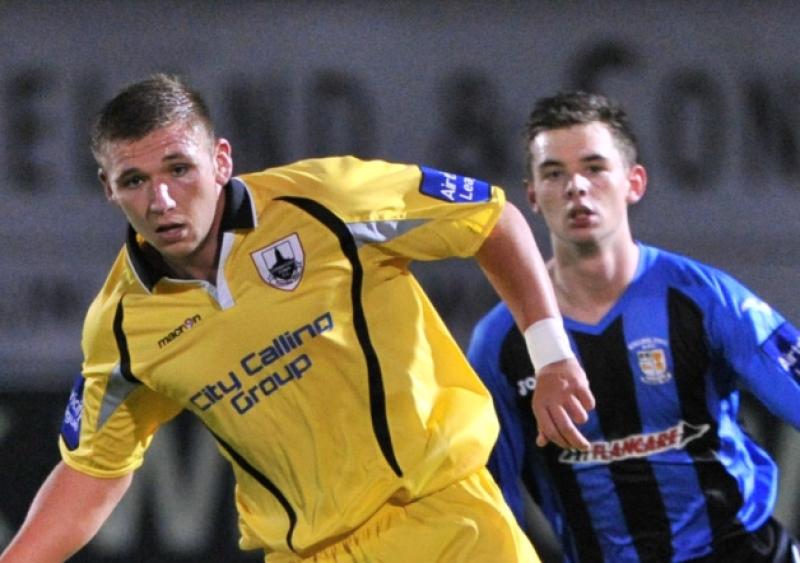 Two first half goals done the trick for Longford Town as they beat league champions Athlone on Saturday night last to secure a place in the First Division promotion play-offs.

Two first half goals done the trick for Longford Town as they beat league champions Athlone on Saturday night last to secure a place in the First Division promotion play-offs.

Longford knew what they had to do coming into this game; get the win and not depend on other teams for favours. As it happened Waterford - who were 3rd prior to the last round of fixtures - lost to Cobh Ramblers and it’s now Mervue United who take on Longford for the right to play the 11th team in the Premier Division.

Both teams signalled their intentions right from the start; Longford had early possession but it was Athlone who created the better of the chances. In the 5th minute Enda Curran brought a fine save out of Longford keeper Chris Bennion and four minutes later Curran gave the home side the lead after some poor defending from the visitors.

Longford responded and in the 11th minute Gary Shaw’s effort was deflected out for a corner and in the 18th minute Athlone defender Conor McMahon got a touch to divert Noel Haverty’s effort out for another corner.

In the 25th minute the industrious Shaw levelled for Longford with a fantastic header that looped over Athlone keeper Craig Sexton. Good chances were then created by both sides in the space of a few minutes; Bennion pulled off an excellent save in the 34th minute to prevent Curran’s goalbound effort from going in and Sexton then pulled off a good save to deny Shaw before Chris Deans did well to put Sean Byrne’s shot out for a corner.

Right on the stroke of half-time Longford took the lead when Keith Quinn’s perfect cross was headed home by Ryan Connolly which proved to the winner.

In the second half Longford pressed for a third goal that would ease the pressure with Daniel Purdy coming closest in the 74th minute but his low shot just went inches wide.

In a nervy final five minutes the home side tried to engineer the equaliser. Garbhan Coughlan’s perfect cross from the left just missed Curran in the 88th minute while in stoppage time Bennion did well to stop Neil Harney’s effort as Longford held on to clinch the runners-up spot in the First Division and a slot in the promotion play-offs.