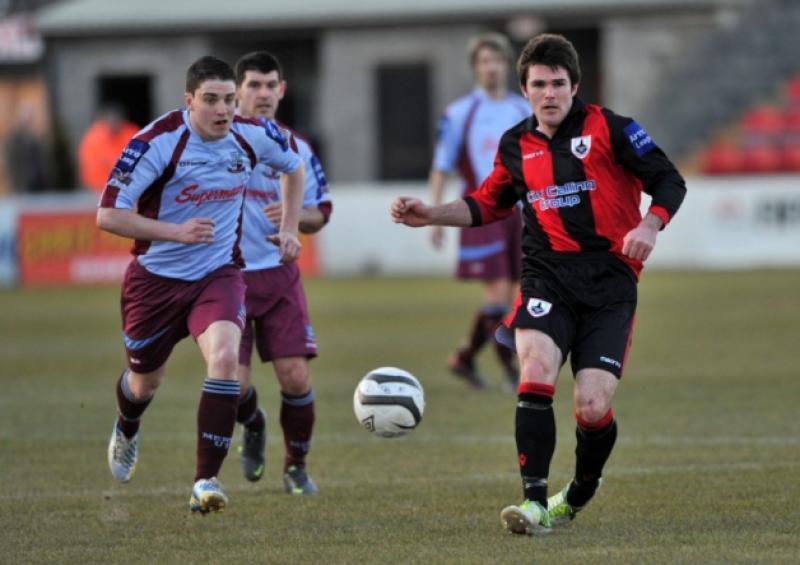 As Longford Town head into the first round of Airtricity League promotion play-offs against Mervue United tomorrow night, uncertainty surrounds the future of the Galway club.

As Longford Town head into the first round of Airtricity League promotion play-offs against Mervue United tomorrow night, uncertainty surrounds the future of the Galway club.

With an agreement in place to merge with Salthill Devon to create a single Galway-based club next season, Mervue’s qualification for the play-offs has resulted in confusion amongst League of Ireland supporters, with suggestions emerging that the team could renege on the deal should it gain promotion to the Premier Division.

The Football Association of Ireland last week said it expected the merger to proceed as planned and that neither Mervue United or Salthill Devon will compete in the 2014 Airtricity League season, but rumours to the contrary have continued to circulate.

However, when contacted by the Longford Leader, a spokesperson from the FAI’s Communications Department reiterated the association’s stance on the issue: “Mervue United and Salthill Devon will not be competing in the Airtricity League 2014 season, and have agreed to be part of the new Galway entity which will apply for a licence to play in next season’s First Division.”

With the fate of the club apparently now sealed, questions have also been raised over the logic of having the Fahy’s Field side competing in the play-offs.

One possible alternative could have been to allow the nearest-placed eligible club in Division One – Waterford United – to take Mervue’s spot, but when contacted earlier this week, the Blues’ secretary, Ray Scott, poured cold water on the idea. “Mervue have been a revelation this season and deserve to be where they are,” he said. “There’s no sense of aggrievement here at Waterford United. We finished fourth, so we were simply not good enough.”

Round one of the play-offs takes place tomorrow evening when Mervue United host Longford Town at Fahy’s Field, with the return fixture taking place at City Calling Stadium on Friday, Octbober 25. The winners will then face the side which finishes in 11th place in the Premier Division, which looks likely to be either Bray Wanderers or UCD, after Shelbourne slumped to a 1-0 defeat against Limerick FC last night, leaving the Dublin side on the brink of automatic relegation.