Longford Town FC bid for return to the top flight 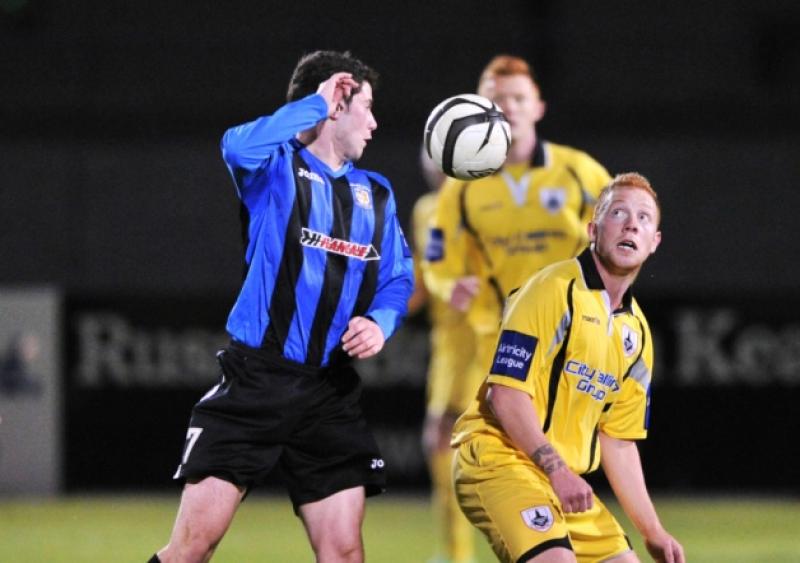 Stuck in the First Division since they were relegated from the Premiership back in the 2007 season,

Stuck in the First Division since they were relegated from the Premiership back in the 2007 season,

Longford Town’s bid to return to the top flight is gathering momentum after winning away to Athlone on Saturday night last.

After surrendering a commanding nine-point advantage at the top of the table at one stage of the season in letting the First Division league title slip from their grasp, with that particular honour going to Athlone instead, the pressure was on Longford to get a result against their arch rivals.

And Tony Cousins side did not let their loyal supporters down, coming from behind to beat Athlone 2-1 with Gary Shaw and Ryan Connolly getting the crucial goals to clinch the runners-up spot in the First Division and qualification for the promotion play-offs.

With Waterford United surprisingly slipping up against Cobh Ramblers, losing 2-1 at St. Colman’s Park last weekend, Mervue United won away to Wexford Youths in emphatic fashion, 4-1, and thus the Galway club ended up in third place in the table to make it through to the play-offs.

Mervue are very much the form team coming into this make or break fixture and will be in a confident frame of mind with home advantage against Longford Town in the first leg at Fahy’s Field this Friday night, kick-off 7.45pm.

A large contingent of Longford supporters, led by the so enthusiastic Section O brigade, will be heading west for the big match this weekend in the firm belief that their team will achieve a positive result in the quest to put themselves in a good position for the second leg at City Calling Stadium on Friday night week (October 25th), kick-off 7.45pm, switched from the regular Saturday night slot.

Should Longford Town succeed in overcoming the stiff challenge of Mervue United, the big prize at stake is another two-legged affair against the team that eventually finishes second from bottom in the Premier Division, probably Bray, maybe Shelbourne or possibly UCD, in the intriguing promotion/relegation play-offs.