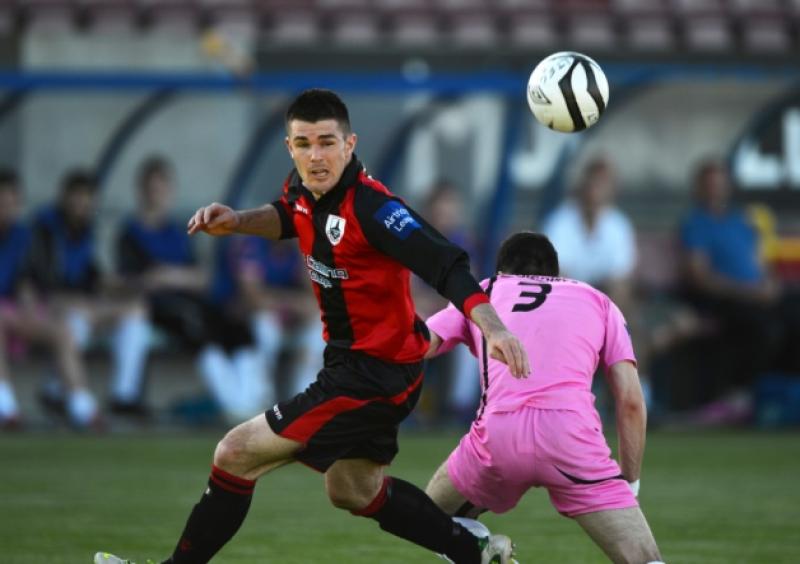 Next Saturday evening Longford Town face a crucial top-of-the-table clash against Athlone at City Calling Stadium and the club are expecting a very large crowd for the midlands derby, kick-off 7.30pm.

Next Saturday evening Longford Town face a crucial top-of-the-table clash against Athlone at City Calling Stadium and the club are expecting a very large crowd for the midlands derby, kick-off 7.30pm.

With only eight games remaining, Athlone lead the table by two points and also have a better goal difference. Back in the beginning of June the Town had a nine point lead over their midland rivals but a lot has changed since then.

Like last season the Town have endured an awful run of bad injuries with five or six players out together at one stage. There is no doubt that the loss of club captain Mark Salmon, injured in the defeat by Athlone back in June, was a turning point. Since that game the form of both teams has been very different as Athlone clawed back the big gap and have now moved to the top of the table.

The first game between the clubs this season was at City Calling stadium and ended 2-1 in favour of Longford. The second meeting in Athlone ended 2-0 to the home side. One has to say that the Town were very poor that night and hopefully next Saturday we will repay our supporters with a good win and a return to the top of the table.

Last weekend the Town travelled to Wexford and came away with a deserved draw and the fact that we had a cleansheet would suggest that the team are on an upward move.

The good news before the game was the return to full fitness of Des Hope who has not played against his former club this season. Noel Haverty also made a return to the starting eleven after missing the Mervue game through suspension.

The Town signed Ryan Connolly from Sligo Rovers on loan and he made his debut in Wexford and by all accounts the former Derby County underage star gave a good account of himself. Some of his runs from midfield and link play caused many problems for the home team who had ten players behind the ball for most of the game.

Derek O’Brien, a recent recruit from Salthill Devon, seems to have bedded in well and hopefully this new look team are in form for the visit of Roddy and his Athlone team. Like the Town Roddy has been busy in the transfer market bringing in three new players with Graham Kelly and Enda Curran combining for the only goal of the game against Finn Harps on Friday last. Curran, who scored eight goals for Salthill before moving to Athlone, scored the all important winner in the 79th minute.