Town through after penalty shoot-out 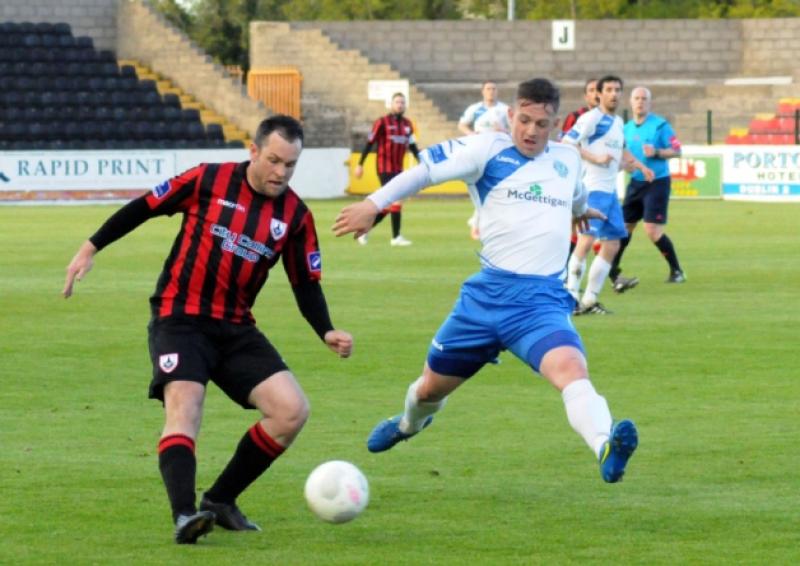 Goalkeeper Paul Hunt was the Longford Town hero as his save from Gareth Harkin in a dramatic penalty shoot-out saw the midlanders through to the last sixteen of the FAI Cup.

Goalkeeper Paul Hunt was the Longford Town hero as his save from Gareth Harkin in a dramatic penalty shoot-out saw the midlanders through to the last sixteen of the FAI Cup.

After 120 minutes of football could not decide a winner in the second round replay in Ballybofey on Monday night,the game went to penalties; Mark Salmon, David O’Sullivan, Kevin O’Connor and Martin Deady scored for the Town while Rhys Gorman missed his spot-kick. Kevin McHugh, Tony McNamee and Garbhan Friel scored the Finn Harps penalties, while Josh Mailey missed his and Harkin’s effort was saved by Hunt.

Both teams had changes from the draw on the previous Friday night. Town gave starts to Hunt, Willie Tyrrell, Conor Powell and Lorcan Shannon.

With heavy rain falling in Donegal some expected the game to be called off but credit to the ground staff at Finn Park for ensuring that the pitch playable.

In a decent first half of football both sides had chances to take the lead and it took a terrific tackle from Willie Tyrrell to deny Wilfried Tagbo on the quarter hour mark. Lorcan Shannon came close to giving the Town the lead in the 38th minute but Harps keeper Ciaran Gallagher produced a very good save.

Tagbo had another chance for Harps in the early stages of the second half but Hunt did well to make a save. Tony McNamee also had a chance soon after for Harps.

As Longford went in search of a goal they introduced David O’Sullivan on the hour mark but there were no real chances of note created.

Entering the final minutes of normal time, Harps pressed for a winner with Tagbo and Ciaran Coll coming close as the game ended scoreless.

Harps very nearly took the lead in the first half of extra-time but substitute Kevin McHugh’s shot came back off the post.

Mark Salmon tested Gallagher and then David O’Sullivan’s effort was off target. In the 115th minute the home side created another scoring opportunity with Garbhan Friel’s header hitting the inside of the post.

As neither side could break the deadlock the game went to penalties and it was Longford Town who emerged victorious on a 4-3 scoreline.