O’Sullivan strikes twice for Longford Town in draw against Limerick 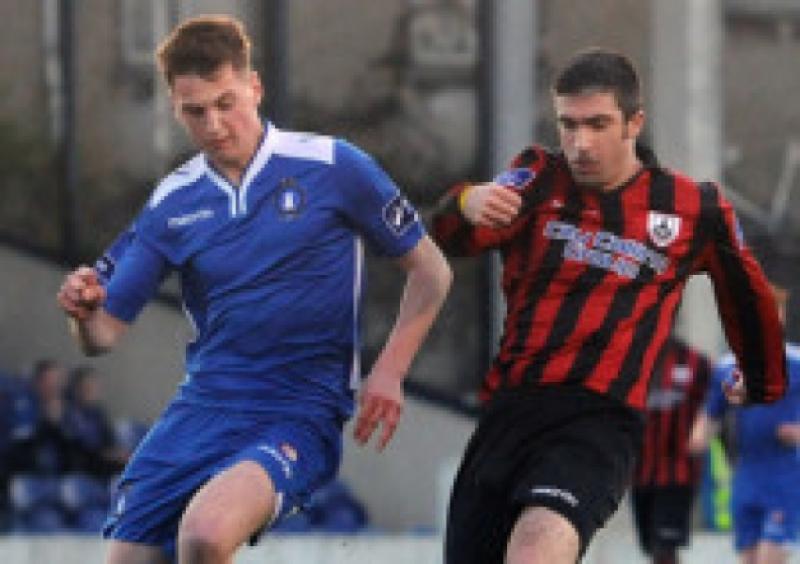 Longford Town picked up their first point of the season in the Premier Division when they came from behind twice to draw against Limerick at Jackman Park on Saturday evening last.

Longford Town picked up their first point of the season in the Premier Division when they came from behind twice to draw against Limerick at Jackman Park on Saturday evening last.

Former Longford Town winger Sean Russell (son of Limerick manager Martin) got the goals for the home side while David O’Sullivan struck twice to earn the newly promoted midlanders a share of the spoils.

With off the field problems making the headlines in Limerick during the past week people were looking at this game and how events would turn out on the pitch and thus the pressure in some ways was on Limerick.

Having lost their opening two games, both sides were anxious to get a positive result from this crucial fixture played in front of the official 481 attendance.

Longford Town had the first chance when Kevin O’Connor got past Limerick defender Aidan Price but he fired the ball over the bar.

Limerick then came close through Paul O’Conor’s header and Darragh Rainsford then headed straight at Town keeper Paul Hunt soon after as the home side started the better.

The opening goal came in the 21st minute. A poor cross from Ian Turner fell to Sean Russell and the midfielder found the back of the net from just inside the penalty area.

That lead though was shortlived and in the 25th minute David O’Sullivan got down to the end-line and played the ball back to Kevin O’Connor. His shot caused Limerick problems and ended up with keeper Conor O’Donnell attempting a punch that went wrong and O’Sullivan was able to shoot home from close range for Longford’s Town first goal this season on their return to the Premier Division.

Don Cowan began causing problems down the wing but Town could not create any decent chances. As half-time approached it looked like the sides would go in level but Limerick struck to take the lead again; Ian Turner got past Town defender Conor Powell and his cross was turned into the net by Russell for his second goal in the 40th minute.

The Town started the second half well and applied pressure in search of the equaliser. Don Cowan got in again but he was narrowly wide with his effort.

Cowan set up Longford’s second goal which materialised in the 58th minute. The winger knocked the ball past Limerick defender Robbie Williams and he did well to put in a cross for David O’Sullivan to head home for his second goal.

That gave the Town a real lift, much to the delight of relieved manager Tony Cousins, and they went in search of a third goal in the quest to collect all three points. Limerick defenders Paudie O’Connor and Aidan Price had to be at their best to thwart O’Sullivan and Gary Shaw and O’Connor, in general, did very well to cope with the threat of the Town strikers in this game.

When Shaw did manage to get through the Limerick defence. their netminder Conor O’Donnell came out quickly and made a vital save with his feet.

Limerick also had chances to grab a winning goal with Ian Turner going close from a free-kick while Paul O’Conor nearly gave his side the lead again with a good strike in the eventual draw.