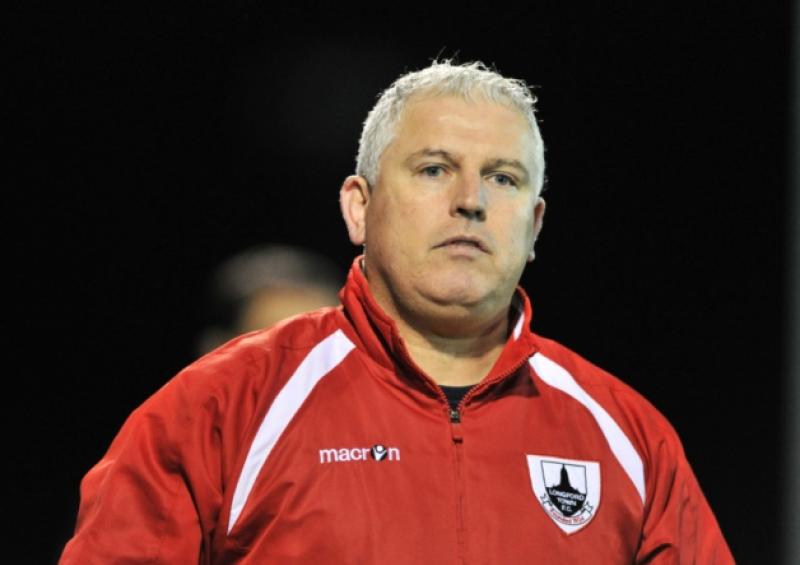 It was an impressive display from the Town who leapfrogged Galway in the table and kept the pressure on leaders Shelbourne.

“It was a great performance,” said Cousins. “Fellas were brilliant. The lads have come and done a job. The experienced players have been great but we have some exceptional young lads that people are trying to hide away from talking about; Jamie Mulhall, 18 years of age and we have four others who are 21. The performance of the players, every one of them was tremendous.”

The Town were full value for their win and dominated the majority of the game. It was another clean sheet for their defence too. The signing of Pat Flynn and Pat Sullivan have added steel to the defence and it’s no surprise that Town’s defence has been resolute this season with players of that calibre.

“Every team needs experience and it’s an area we pinpointed. I said at the start of the season was that I was trimming the squad to use the same budget as last year. We wouldn’t have the same numbers but we have quality now. That’s the most important thing. There’s one or two gone, so we’ll have to bring in one or two players so that we have enough numbers to see out the season,” said the Town boss.

It was pleasing for the manager to see three different players on the scoresheet. Mark Salmon is now back to his best and he hit an unstoppable 25 yard volley to score Town’s second goal.

“It was an unbelievable goal. He’s getting better and the players have the bit between their teeth now,” said Cousins.

Next up for Longford Town is the First Division leaders Shelbourne at City Calling Stadium on Saturday night in a top of the table clash. It’s a game Cousins is really looking forward to.

“It’s something that we really looking forward to. That’s what we want. We want to be playing in big games. We are just concentrating on ourselves, the rest can say what they want and take the pressure off themselves. Their supporters won’t be happy if they don’t achieve this season. We just want to make sure we go and achieve. That’s what we need to do in the dressing room.”

A win over Shels will be a big boost for Longford Town in their quest to win the First Division title and thus gain automatic promotion to the Premier League next season with a game in hand at home to Wexford Youths on July 22.