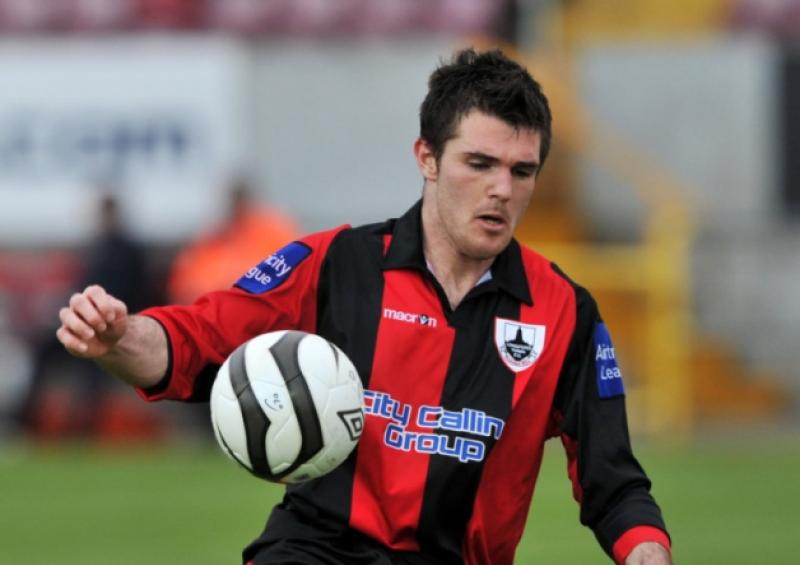 Longford Town kept the pressure on leaders Shelbourne with an impressive win away to Galway FC in the First Division clash at Eamon Deacy Park on Friday night last.

Longford Town kept the pressure on leaders Shelbourne with an impressive win away to Galway FC in the First Division clash at Eamon Deacy Park on Friday night last.

The Town were the better team throughout and were full value for their victory with captain Mark Salmon, in particular, in outstanding form. This win sees them leapfrog Galway into second spot in the table, two points behind the leaders Shelbourne with a game in hand.

Tony Cousins’ side controlled the contest and created the opening chance in the 9th minute; David O’Sullivan with a header that failed to find the target. One minute later the deadlock was broken; Lorcan Shannon’s cross from the left was powerfully headed home by Don Cowan.

Six minutes later Galway had a chance to level but Gary Shanahan hit his effort wide. Minutes later Conor Gleeson pulled off a fine save to deny Kevin O’Connor and the Galway netminder was alert to prevent Martin Conneely from scoring into his own net with a header in the 29th minute.

As the home side slowly settled into the game they began to create chances; Marc Ludden headed Ryan Connolly’s free-kick wide in the 31st minute. Connolly then tested Town keeper Paul Hunt before Stephen Walsh wasted an opportunity after Hunt missed the ball.

It was against the run of play that the Town doubled their advantage in the 40th minute when Mark Salmon hit the target with a stunning volley from 25 yards out. Just before the break Galway had a chance to pull a goal back but Stephen Walsh just couldn’t connect with Shanahan’s cross.

Longford piled on the pressure in the opening exchanges of the second half with Galway struggling and in the 60th minute the visitors got their third goal when Gary Shaw struck a fine shot from the edge of the box into the back of the net.

Galway tried hard to pull a goal back but Pat Flynn and Pat Sullivan in the heart of the Town defence were immense. It’s no surprise that the midlanders have now kept five clean sheets in a row with this experienced duo, in particular, operating so effectively in the back four.

Longford Town were cruising to a vital win and were able to sit back and soak up the Galway pressure, setting themselves up nicely for the top of the table clash against Shelbourne this Saturday evening at City Calling Stadium.