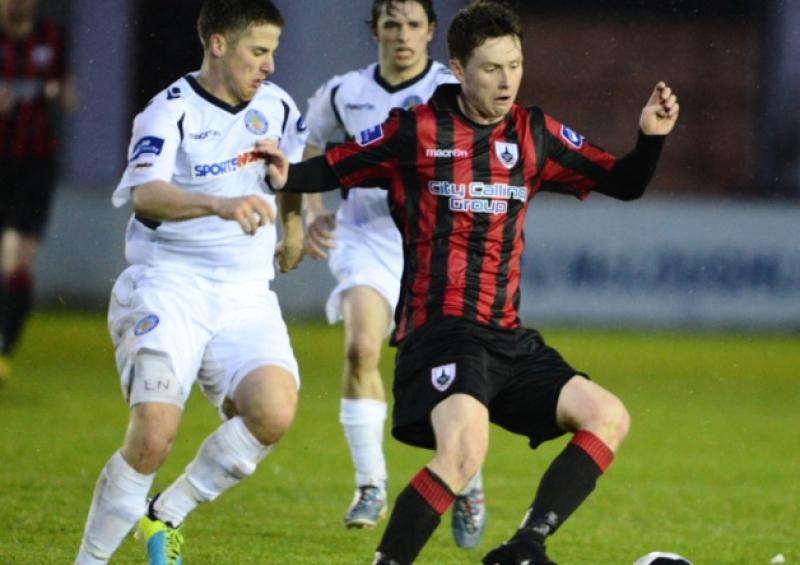 After losing to Shels in their previous home game this was another disappointing result for Longford Town at City Calling Stadium. The positive from the start to the season has been the fact that they have just conceded one goal in four games but on the other hand they have scored just two goals.

Manager Tony Cousins wasn’t too disappointed after the game and decided to take some positives out of the game: “It was just one of those nights that if one had gone in it could have opened up the game for us. To be fair to the lads they never stopped, we kept pushing forward, needed a little break and it didn’t happen for us. Again we looked solid at the back. You always have a chance if you don’t concede and then the worrying side of that is when you don’t take your chances you have to be careful not to be hit on the break.”

Longford were very nearly caught out in the 88th minute when Conor Coad got into a good position in the box but instead of taking the shot himself he played the ball to Willie John Kiely, only for Noel Haverty to put in a timely tackle to nick the ball away.

The Town though had a chance in stoppage time to grab a dramatic last gasp winner but Kevin O’Connor’s well-taken free-kick was excellently tipped over the bar by opposing keeper Kevin Burns.

Waterford will be happier with this result. As the game went on it looked like they were quite content in settling for a point and hoping that they could catch Longford out on the break.

Just like the Shelbourne game, the Town had chances but it wasn’t until midway through the second half that they really applied the pressure. They created opportunities but Waterford keeper Burns wasn’t called into action too often. It was a case of huffing and puffing in the second half but they couldn’t get the goal.

With the rain pouring down just before kick-out conditions weren’t good and the football on show matched the miserable weather with the game watched by an attendance in the region of 450. In the first half neither side could get a grip with chances few and far between.

Waterford had a few half chances while the Town didn’t do much to trouble the visitors defence with Gary Shaw heading over from a Sean Russell corner five minutes before the break.

The home supporters hoped things would improve after the break. But with four minutes gone in the second half, Waterford were unlucky not to get a penalty when there was a handball in the box from Shane Murray’s corner. Waterford appealed but referee Ben Connolly waved play on.

Don Cowan was introduced in the 62nd minute and he made an impact as the Town began to get a grip on the game.

In the 69th minute Gary Shaw did well to hold off the challenge of Waterford defender Gavin Kavanagh and he laid the ball off to David O’Sullivan but Burns did well to get down to the ball and make the save. One minute later Cowan went racing down the wing and played a lovely ball into O’Sullivan but his effort came crashing off the crossbar.

Longford continued to apply the pressure but couldn’t find a way to break the deadlock as Waterford defended in numbers. Tony Cousins is hoping to work on things at training so they can find a way past resilient defences. “What’s happening now is that we are getting teams coming here and sitting tight which makes if difficult. You need that first goal for the opposition to come out and the game opens up. Shelbourne, and now Waterford, got a lot of bodies behind the ball in their defensive gameplan. It’s something that we have to work on in training and maybe create a few more chances.”