Tough task away to Mervue United 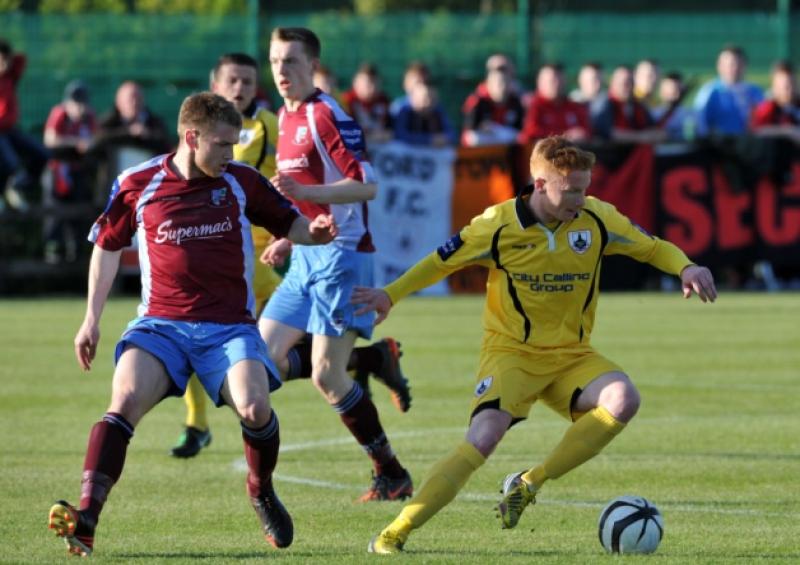 With only three games left in this season’s First Division League campaign, Longford Town face possibly one of their toughest games of the season when they travel to play Mervue United in Fahy’s Field, Galway on this Friday night.

With only three games left in this season’s First Division League campaign, Longford Town face possibly one of their toughest games of the season when they travel to play Mervue United in Fahy’s Field, Galway on this Friday night.

The top of the table has four teams still in contention for both promotion and play-off spots. Athlone, barring a disaster, are odds on favourites to move to the Premier Division but they have two tough games coming up against Waterford (Friday next) and away to Finn Harps on Friday week.

If Waterford were to beat Athlone, the Town would want to take all the points against Mervue to keep pace with the top teams. The two recent wins over Finn Harps 3-1 and Cobh 7-2 at City Calling Stadium has pushed the Town to second on goal difference but they must get something out of the trip to Fahy’s Field on Friday.

Mervue have the better of the games in Longford as they drew 1-1 on their first trip, the Town goal coming from Davy O’Sullivan. The Town’s last visit to Fahy’s Field ended 2-1 to the Town with another O’Sullivan strike and a goal from David O’Neill. The second meeting between the clubs in Longford ended in a disastrous 3-1 defeat. The Town took the lead through Davy O’Sullivan in the 37th minute but Gary Shanahan levelled four minutes later. Shanahan scored no 2 for Mervue in the 78th minute and Stephen Walsh scored the third Mervue goal soon after.

Since that game results have improved considerably for Longford with three wins, two defeats and one draw in the last six games. There is no doubt that Friday’s game is a huge one for the club and Mervue aren’t to be taken for granted.

Mervue have a very solid squad and have matchwinners in former Town player Tom King, Ryan Manning, Jason Molloy and another former Town player Gary Curran. Johnny Glynn was at the Cobh game in Longford on Saturday night and he had a contented look on him as he left the ground before the final whistle.

The Town had an easy 7-2 victory over a poor Cobh team and if we converted all our chances we could have scored at least ten. Scoring seven goals has put us back into second place ahead of Waterford on goal difference.

Davy O’Sullivan has 21 league goals to date which is a fantastic return from a player who is in his debut season in the league. It’s hard to believe that we have 16 different goalscorers this season and the focus is now fixed on beating Mervue.