LONGFORD TOWN HAVE TO SETTLE FOR A POINT 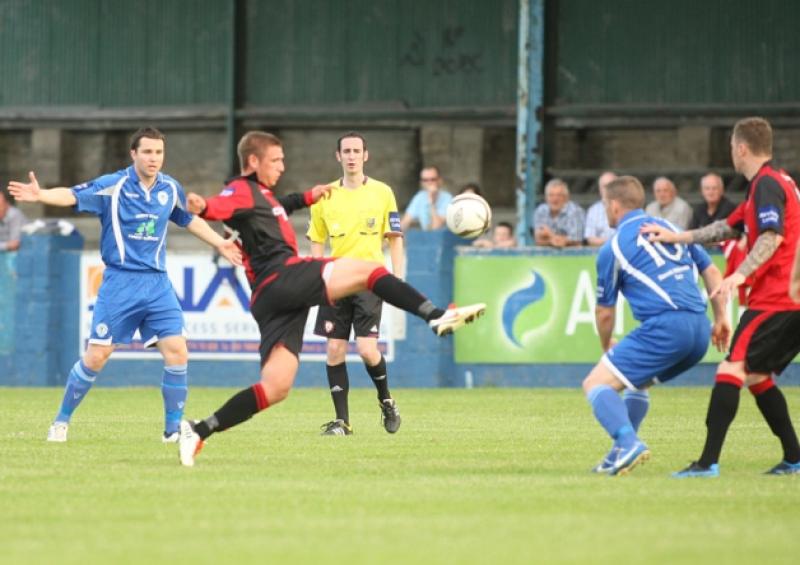 Longford Town’s lead at the top of the First Division remains four points despite the scoreless draw away to Finn Harps in Ballybofey on Friday night.

Longford Town’s lead at the top of the First Division remains four points despite the scoreless draw away to Finn Harps in Ballybofey on Friday night.

With Longford, second placed Athlone and Waterford in third all drawing their respective games it’s as you were at the top of the table with 11 games remaining.

Harps have a good record over Town in recent years and had beaten them in their two previous games this season. Both teams had chances to claim the three points with the Town having the better of the goalscoring opportunities. The visitors dominated the first half but failed to put away any of the chances they created.

The game was only three minutes old when Town created their first chance but Willie Tyrrell’s cross was headed wide by David O’Sullivan.

O’Sullivan had another chance for the Town in the 26th minute. After latching on to a long ball the striker got past Josh Mailey but Harps keeper Ciaran Gallagher did very well to divert the danger out for a corner. Three minutes later and Town defender Noel Haverty really should have done better with his effort but he blasted it over the bar. The second half was less than one minute old when Harps had a brilliant chance to break the deadlock. Stephen O’Donnell played in James Doherty, he got into the box and squared the ball to Kevin McHugh but he somehow made a mess of his effort and the ball went wide when it was easier to score.

O’Sullivan was once again proving a threat for the Town and in the 55th minute he got himself in another goalscoring position. Following a long-kick from goalkeeper Chris Bennion the effort from O’Sullivan went agonisingly wide.

Two minutes later and Gary Shaw went to ground after being impeded by Harps netminder Gallagher but no penalty was given. The decision though didn’t bother the Town bench.

Harps tried to create chances and in the 64th minute substitute Michael Doherty’s effort just went over. Longford Town continued to press and in the 73rd minute Gallagher saved Keith Quinn’s free-kick while two minutes later David O’Sullivan found the back of the net but it was ruled out for offside. Despite late pressure the Town couldn’t find a way past Gallagher as Harps held out for a draw and next up for Longford is another away trip to Cobh next Saturday night.