Finn Harps come to City Calling Stadium on Saturday next 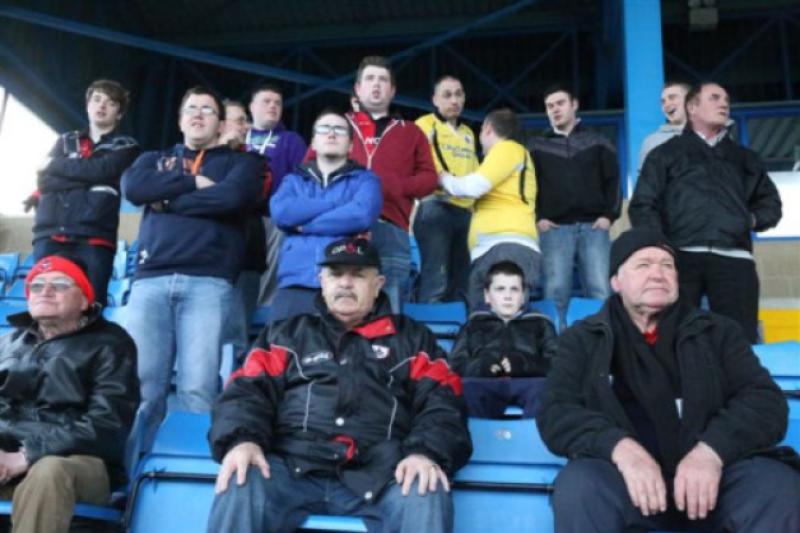 Longford Town’s City calling stadium should house the biggest crowd of the season for the visit of Peter Hutton’s Finn Harps to the Strokestown Road venue on Saturday evening next, kick-off 7.30pm.

Longford Town’s City calling stadium should house the biggest crowd of the season for the visit of Peter Hutton’s Finn Harps to the Strokestown Road venue on Saturday evening next, kick-off 7.30pm.

At the beginning of the season Finn Harps were the bookies favourites for promotion and they are currently in joint third place along with Athlone Town who have moved up the table after beating Wexford Youths 4-0 at Lissywollen on Friday night last. The Town who went into last Friday night’s game six points ahead of Mervue United and got a very creditable draw against a very good Waterford United side at the RSC.

With Salthill Devon holding near neighbours Mervue United to a scoreless draw on Friday and Cobh Ramblers holding Finn Harps to a 2-2 draw the Town retain their six points lead at the top of the table with nine games played.

The difference between this season and last season is the fact that Tony Cousins has a very strong bench available to him and that was our problem near the end of season 2012 when injuries deprived us of at least six or seven players at the same time.

Harps have 13 points at the moment from three wins, four draws and two defeats. They lost 1-0 to Athlone Town at Lissywollen and lost 1-0 to Waterford United at Finn Park. Their draws were against Cobh Ramblers, 2-2 last weekend, 0-0 against Wexford Youths at Finn Park, 2-2 against Mervue away and a 1-1 draw against Waterford at the RSC, the opening game of the season. Harps beat Cobh Ramblers at Finn Park and the following week they beat the Town 1-0 at Finn Park and they also beat Salthill Devon 1-0, also at home. Kevin McHugh is their leading scorer at the moment with five to date while Sean McCarron is next top scorer on four goals.

When you look at the statistics from last season the Town will want to get back to winning ways against Peter Hutton’s side. Hutton has a very strong squad of players, many of them with lots of experience. In Kevin McHugh and Sean McCarron they have two very good strikers and they are their main scorers with nine goals between them. Harps have the best defensive record in the league with eight goals conceded to date and that is a tribute to a very sound defence which is well marshalled by Thomas McMonagle. Keeper Ciaran Gallagher, who was an underage international for the Republic of Ireland, is one of the best in the league.

There is very good news on the injury front for Tony Cousins with most of his long time injuries clearing up. Des Hope is back to full fitness and that leaves only Corey Treacy and Michael Lee out. After last weekend’s point against Waterford the Town need to beat Finn Harps on Saturday and thus consolidate their strong position at the top of the table.

The Town were drawn at home in the second round of the FAI Ford Cup which takes place on week ending 2nd June. Non league side Pike Rovers from Limerick are the Town’s opposition and they will undoubtedly be a tough nut to crack. They are one of the top Junior clubs in Ireland and they recently played the semi-final of the FAI Junior Cup against Kilbarrack Utd and by all accounts they were unlucky to lose 2-1 to the AUL kingpins from Dublin. This Pike Rovers squad have been at the top of Junior football for many seasons and won the FAI Junior Cup a couple of seasons ago.

Super support at the RSC

Once again a special word of thanks to our supporters who travelled in big numbers to the RSC on Friday night last and once again acted as the twelfth man. Thankfully we got a good result and are still six points ahead at the top of the table. This Saturday night’s game against Finn Harps is so important for the club and we once again ask our supporters to get behind the team for the full ninety minutes. Bring out your flags scarves, etc and show the Donegal supporters the real Town support. A large crowd are expected to travel from Donegal for the game.

The Town club are allowing 2 school children free with each paying adult to next Saturday night’s game v Finn Harps at City Calling stadium. The reason for the two school children per adult is due to safety in the grounds as we don’t want children unsupervised at the home games. As we are expecting a very big crowd on Saturday we ask our supporters to come earlier than usual.