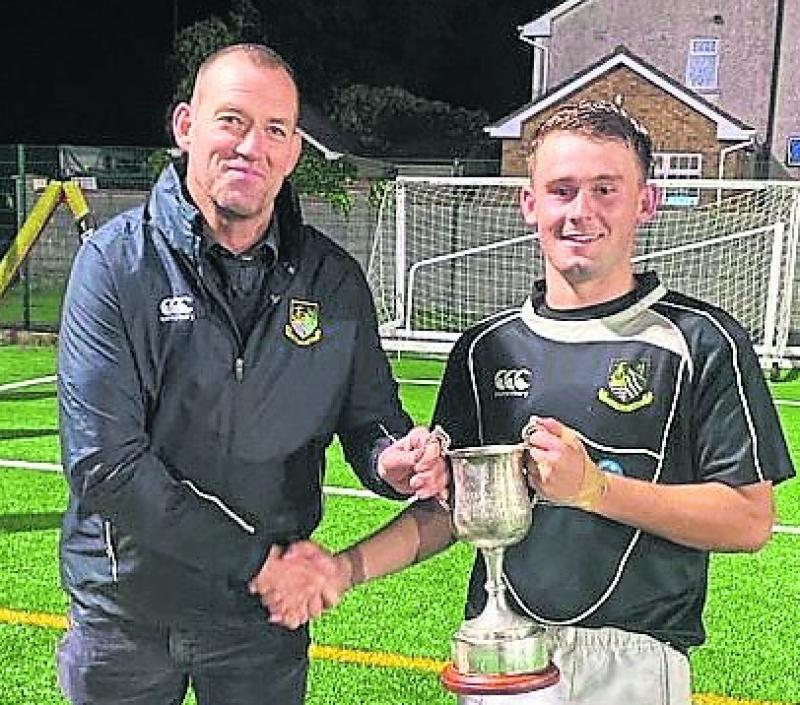 Longford RFC welcomed their good friends from Mullingar on a lovely night for rugby, with the Midland League title at stake at CPL Park on Friday last.

The coaching teams had agreed to unlimited subs and the home team togged out 31 players with Head Coach Henry Bryce donning the black jersey for the first time.

Longford were first on the scoreboard with Joe McGowan kicking a good three pointer. He added a conversion to a well worked try scored by the impressive George McDermott.

Another penalty saw Longford into a 16-point lead, but this was cut when Mullingar got a 7 pointer with Longford down to 14.

The home team took a 14-point lead into half time following a try from the hard-working David Geelan.

The opportunity was taken to make some changes at half-time, but it was old hand Benny McManus who barged over to add 5 more points to the Longford total.

There were further changes made with Longford using the opportunity to get game time into the squad with 29 players used.

Mullingar continued to battle for every ball and brought the result into doubt with two well worked tries. They ran out of time and the final whistle was a welcome sound for the home supporters in the large crowd who were well entertained.

Seamus McKeown contributed handsomely to the improved performance with Mark McHugh also having a fine game. Robbie Shaw impressed at 9 while the aforementioned McDermott was good on both sides of the ball.

Lots of work ons in advance of the Leinster League but plenty of positive signs.

Longford now have a short break ahead of the first game of the Leinster League, away to Cill Dara on 25th September.

“We knew we needed a big step up in performance from the previous week and in fairness to the guys, we got that.

“The first half in particular we were very compact and physical in defence and that laid the foundation for the win.

“We exited our own half far better than previous week and that meant we didn’t gift Mullingar soft scores and let them build momentum.

“What was also extremely pleasing was that we got to use 29 of our players, changing nearly the entire team and the lads still found a way to win which shows the spirit they have as a group.

“Our more experienced players led the team well and provided great leadership at key times while some of our younger players really showed up again and put their hands up for selection against Cill Dara in 2 weeks time.

“ It will be tough to pick the 1st XV for that match but that is what every coaching group wants, tough decisions in selection because a number of players are playing well.

“Having said all the above there are a lot of work ons from the other night that we need to work on as a group and that will be key over the next 2 weeks training.

“Hopefully we can do that and tweak a few things so that we really hit the ground running in the Leinster League. I’m excited, as are most club members, to see what this group can do throughout the season.”