Longford Women in Sport: Irish Rugby International Ellen Murphy is among the elite 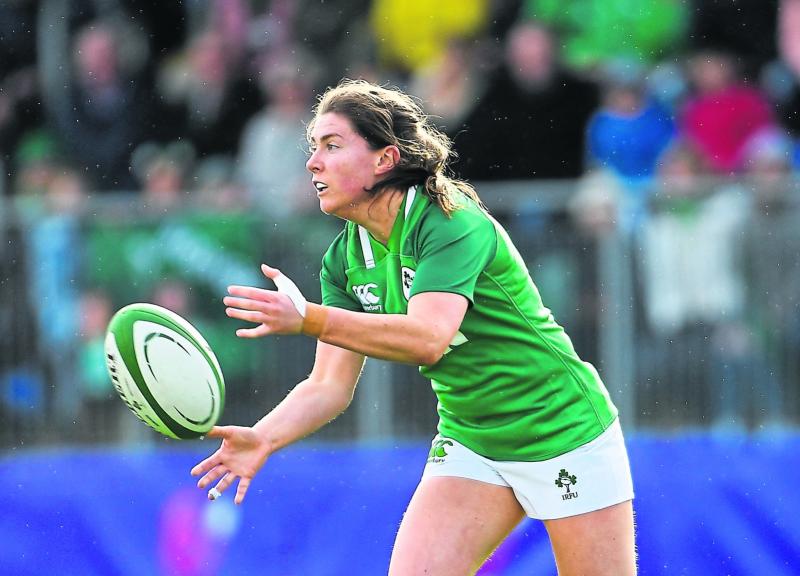 From growing up in Kildare and Clonmel and ending up in the north Longford parish of Dromard as a sixth class pupil in the local St Patrick’s National School, it has been an amazing journey for Irish Rugby international Ellen Murphy who is currently preparing for the Covid delayed Women’s World Cup qualifiers.

26-year-old Ellen, a former student of Moyne Community School who is now on her way back to England to play with new club Worcester Warriors in the Allianz Premier League, is delighted to be part of the Ireland senior squad and is among the elite athletes in Ireland.

“We are training hard for the forthcoming World Cup qualifiers against Spain, Italy and Scotland and hopefully we can make it through to the finals in New Zealand.

Speaking to the Leader just after a training session at the High Performance Centre in Abbotstown, things are going well for the Biomedical Scientist who has been working in the Mater Private Hospital since 2017.

“I am looking forward to my second stint as a semi-professional in the English Premier League after gaining valuable experience with Gloucester,” stated Ellen who will be employed with Wye Valley NHS (National Health Service) during her latest spell in the UK.

Daughter of Ray and Mary Murphy, Ellen started out her sporting career with the Dromard ladies football club in the U-12 grade all those years ago and the family connection continues into the present time with her sister Sarah proudly wearing the blue and gold jersey.

“Due to my father’s employment with the Department of Education I have experienced the joys of life in Kildare, Clonmel and Longford but our family roots are very much in Dromard with my mother Mary (née Duffy) a native of the parish.

Rising rugby star Murphy was capped by Ireland for the first time against England in the Autumn International at Twickenham in November 2018 and featured in her first Six Nations in 2019.

From there, Ellen played with Cork club Highfield and then Munster for three seasons before moving to Dublin and featured for Old Belvedere and Leinster and most recently was associated with Blackrock College Rugby Club.

Ellen hopes that her next move to England will enhance her international ambitions.

“The standard in the English Premier League  is so high that I’m hoping that it will help me to develop as a player and improve my chances of representing Ireland on a regular basis. There’s always been a high calibre of players over here.”

Murphy is flying the flag for Longford on the international stage, just like Olympian swimmer Darragh Greene and the European U-20 1500 metres champion Cian McPhillips, and the Dromard lady is primed for some more appearances with the Irish women’s rugby team.

“I am absolutely thrilled to have been given the opportunity to play for Ireland in a number of international matches and while my ambition is to feature in the World Cup in New Zealand we must negotiate the qualifiers first in the firm belief that further progress can be made,” said Ellen.