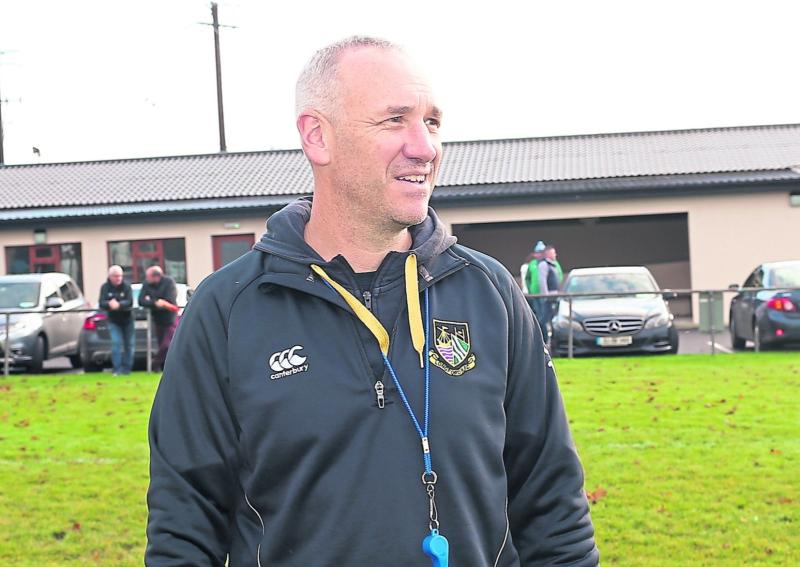 Longford advanced to the second round of the Provincial Towns Cup after a tough examination by Navan’s J1 side in Balreask Road on Sunday last.

The conditions for the match were perfect bar a strong breeze blowing across the pitch towards the clubhouse, which did not really favour either side.

As typical of a cup match the first few minutes were spent trying to test each other out, especially as each were unfamiliar foes.

However, Longford got into their groove earlier and started putting phases together, which seriously stretched the Navan defence.

After multiple phases and working the ball wide, Longford created an overlap on the wing and eventually worked it out to Finbarr McGowan who crossed for an unconverted try to give Longford an early lead.

However, Navan came right back at Longford and after their 13 regained the restart worked their way up the pitch and forced a kickable penalty just outside the Longford 22, which was duly knocked between the posts.  Indeed, it was Navan who also got the next score on 25 minutes again from a penalty.

Navan taking the lead was the genesis of a period of ascendancy for Longford mainly through their scrum where they forced multiple penalties, which yielded 10 points before half time and put them in the driving seat.

Firstly, Ryan McHugh knocked over a penalty to put Longford back in the lead and then Longford turned the screw in the Navan 22 through a series of scrum penalties and just on the stroke of half-time it bore big dividends when Podge O’Farrell muscled over for a crucial seven points to lead 18-6 at the break.

The Longford crowd were quietly confident at half-time that the team would see out the match easily enough and put its name in the second round draw.

However, Navan had other ideas.  The home side made a few changes at half-time and came back from the dressing rooms determined to get back into the game.

Longford were starved of possession for the first 20 minutes of the second half and also gave away a lot of penalties.

Navan threw the kitchen sink at Longford led by their No.13 and No.8.  The away side scrambled very well in defence and put their bodies on the line to stop the Navan momentum.

However, Navan finally breached the Longford line 15 minutes in, for an unconverted try to make it very interesting indeed.

Navan had Longford on the ropes but credit to the away side who scrambled well and never buckled.

It looked like the tide had really turned against Longford when the Navan 13 thought he had scored a try down the wing, however the referee rightly ruled it out for crossing.

At this point due to some great substitutions Longford worked their way back into the game and gradually gained ascendancy.  In a perfect finale for a cup match, it was two drop goals that secured Longford’s passage into the second round.

Firstly, out half Colm Glynn struck a drop goal, which seemed to stick in the ground when dropped but managed to somehow go between the uprights to leave it a two score game 11-21.

This was then followed up by Ian McCormack who knocked over a brilliantly improvised drop goal after the ball had fallen over after a gust of wind during his run up for a penalty attempt.

“We’re delighted with that result today, with so many disruptions lately it’s just great to get the boys out and play on a good track. And that was a good tough knockout game of footy. We talked about starting well and managing the dips in the game, and the early try was a good settler.

“The try right on half-time was crucial, we had the heat on them at scrum time and getting the score off the back of that dominance was massive. If we hadn’t scored after backing our scrum it would have given Navan a huge lift, but the boys showed good patience and to go in 18-6 up was key, not to have finished the half with that score would have given Navan a big lift.

“Navan asked lots of questions of us in the second half, and if we are honest probably got in behind us too easily at times, sometimes you actually don’t want half time to come when you are working well!

“But job done, we have drawn Carlow at home in two weeks, and we know what they will bring.

But for now it’s Clondalkin away in the refixed league fixture, this is one we will really look at ourselves in after how the last game against them at home went. I know it’s one I’ve thought about a fair bit since we played them on 24th November.”

Wexford Wanderers received a walk over from Midland Warriors.

Ashbourne RFC, Dundalk RFC, Kilkenny RFC and Gorey RFC all received byes into the 2nd round.

Away to Clondalkin in the Leinster League on Sunday

Longford travel to Clondalkin this Sunday for their last away league match of the season.

We travel in need of a good result as we need six points from our last two games to get a shot at promotion via a play-off.

We are currently level with Tullow in second place but they are ahead courtesy of a better head to head record this season.

Turning over Clondalkin on their own home patch is no easy task allied to the Dublin men coming away from CPL Park earlier on in the season with a win.

We expect a tough match and will have to be at our best to come away with the points from this one.