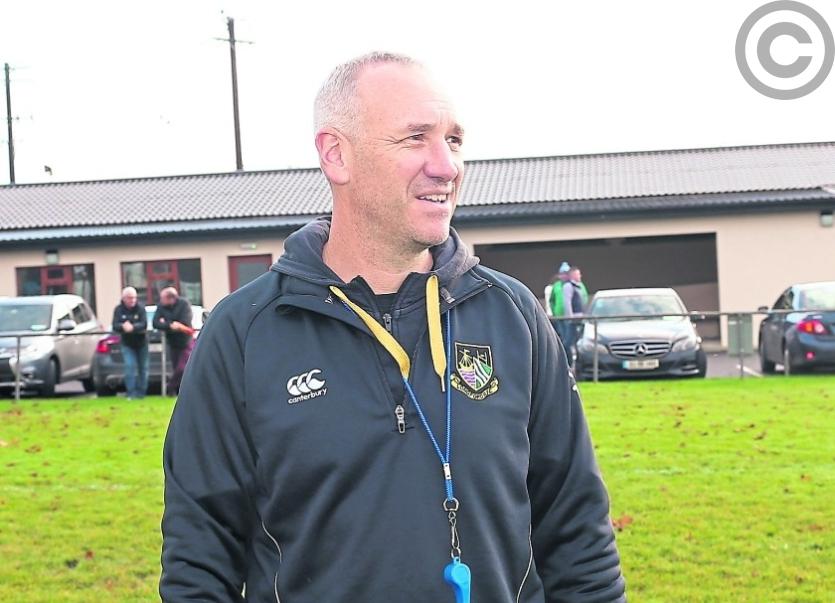 Longford emerged from Shamrock Park, Drogheda on Sunday last with a bonus point win courtesy of five tries in a roller coaster match versus Boyne RFC.

Longford and Boyne are not familiar foes as Boyne plied their trade in the AIL until two years ago and got relegated from 1A at the end of last season.  However, they did meet in the Provincial Towns Cup last season at the same venue with Longford emerging victorious.

Longford gathered the kick-off and looked to exert some early pressure but turned the ball over to Boyne.  This was a familiar pattern for the first fifteen minutes of the match with Longford mistakes allowing Boyne to exert significant pressure.

Boyne opened the scoring via a well worked try from their Full Back Graeme McQuillan who proved to be a thorn in the side of Longford all day.  They first kicked to the corner and were held up on the line and then from the resulting scrum went wide to cross for five points, 5 minutes in.

Boyne then came back again at Longford looking for a second try. They were offloading well and putting the Longford line under a lot of pressure.  However, the match turned on a great turnover from Longford who cleared their lines and then started to make progress up the pitch.

On 18 minutes, Longford struck for the first of their five tries via winger Shane Rodgers.  The ball was worked well to Rodgers on the wing, who had a lot to do. He stepped right twice and burned the plentiful covering defence to go in for a converted try under the posts.  This try gave Longford the impetus they needed and the rest of the first half was dominated by the men in Black/White.

Longford then quickly re-established pitch position and kicked into the Boyne 22 after being awarded a penalty near half way.  Longford chose to maul the ball with tighthead prop Dylan Quinn at the back. Quinn broke off the back of the maul and made some great ground before offloading to the on rushing Neal Farrell who crossed for Longford’s second try, which was well converted by Ryan McHugh.

Longford kept pouring on the pressure and on 30 minutes No.8 Kolo Kiripati crashed over under the posts after some great work in the tight by Longford’s forwards to bring the score 05-21 in Longford’s favour.

Boyne tried to come back at Longford and nearly got another try after battering the Longford line.  Indeed, Longford were reduced to 14 men for 10 minutes after a yellow card was shown for collapsing the Boyne maul.  However, again the Longford defence held firm and it was Longford who secured the four try bonus point with a try in the corner for Hubie Connolly right on the stroke of half time.

Longford spread the ball wide and Captain Benny McManus, who was in the unusual position of on the wing, carried up strongly and was stopped just short of the line.  However, he was alert to Hubie Connolly who was on his shoulder, who crossed the whitewash courtesy of a pop from Benny Mc. The half time score looked pretty positive from a Longford point of view; 05-26.

Longford started the second half as they had finished the first and earned a penalty attempt within the first few minutes of kick off, which Ryan McHugh knocked over to extend Longford’s lead to 05-29.  They then looked like they had put the match beyond any doubt with a try from Neal Farrell who made a great sniping break from the Boyne 22 to stretch Longford’s lead to 31 points.

However, rather than kick on Longford switched off and managed to leak three tries which meant Boyne secured both a four try bonus point and a losing bonus point for finishing within seven points of the opposition.

Boyne's prowess was a mixture of a few things; Longford making some substitutions which did not click, Boyne throwing the ball around with abandon, the Longford work rate dropping and also Longford trying to force the killer pass every time they got the ball.

Overall it was job done with five points secured against the next nearest team in the league.  Longford played some great rugby but will have been disappointed with the drop of in performance for the last 30 minutes of the first half.w

Longford Senior men now move on to back to back games at home to Clondalkin and Tullow on successive Sundays, starting in two weeks’ time.  The Tullow match marks the league moving into the second phase with Longford well positioned to challenge for a top two finish.

The Longford J2 side has their match disappointingly cancelled by Boyne on Sunday morning. The J2 side are flying high this season and are top of the league and really wanted the game with the whole squad training hard.  Longford were awarded the points and still sit four points clear at the top.

“I’m not sure what to make of today, we are up 36-5, controlling the game after withstanding the first 10 minutes from Boyne, score 36 points then ship 24 points. Our pitch management was an issue, something that’s been a problem all season.

“We put pressure on ourselves by playing with the ball in the wrong part of the pitch. 36-5 up and in control we should be rolling the scoreboard over but we started forcing the ball and gave possession back to a team that grew in confidence. They found a weakness in our D and stressed us continually there.

“We know Boyne targeted us at home, and not playing the J2s earlier showed they were giving the 2:30 game their full attention, and we were slightly off at times again. We do think we played a lot of the game without the ball, that led to a lot of defending, and some rejigging of the back line led to us holding on for the final whistle in the end.

“But we back our 20 to do a job on a Sunday, not just the starters, so our expectation is that we should come in seamlessly when we get our chance. We will look at the video and we need to be honest with each other.”