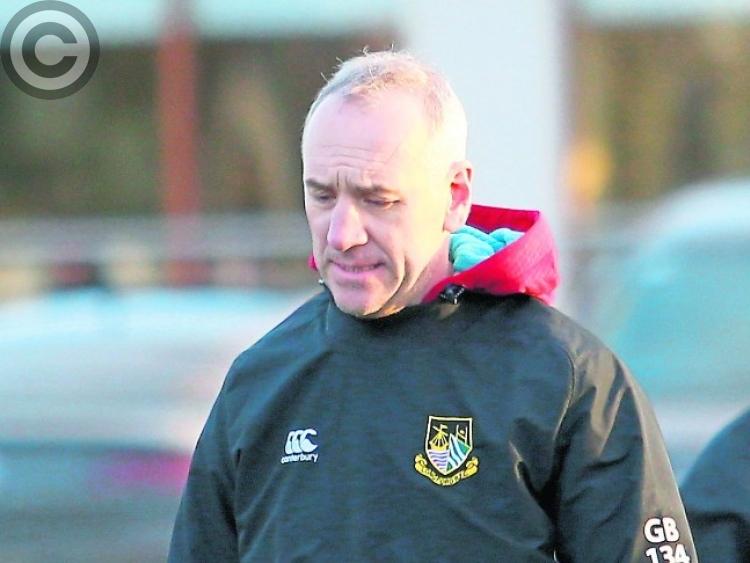 In rainfall of biblical proportions, Longford First XV got their Leinster League Division 1B campaign off to a decent start when they drew with Tullow at the Black Gates venue on Sunday last.

A late try scored by replacement Liam Harte, followed by a successful conversion kick from Ryan McHugh, left the sides deadlocked at the final whistle.

As is the case in fixtures between these sides, there was a prolonged period of shadow boxing, where both sides worked each other out.

Eventually, it was the home side that got on the scoreboard first, when they converted an early penalty chance to open up a 3-0 lead. Ryan McHugh brought Longford back on level terms soon after.

Tullow pushed themselves back in front soon after but McHugh, from the tee, put the sides back on level terms midway through the first half.

Just before half-time, the home side got the opening try in the game, when they converted what was a half chance after a Longford error, to hold a 13-6 half-time lead.

The exchanges in the second half were no less furious. When space did open up young Conor Craig showed great feet to score a try for the visitors.

Tullow upped the ante at this point, and again crossed the whitewash to put some daylight  between the sides as the game entered the final stages. Longford will be disappointed to concede a try from a maul but the big Carlow side used their size with purpose.

Daniel McHugh and Liam Harte, two of the younger players in the squad, had, at this point, entered the fray. Both players where starting to impose themselves on the game, when Ian McCormack, after good hands from debutant Graeme Bester, put Liam Harte away to score with two minutes remaining on the clock.

Ryan McHugh again showed great composure to kick the conversion and bring the sides back on level terms. Longford did have a final chance to win the game at the death but failed to execute a score. All in all, two points gained, against a side that will be in the shake up at the end of the season, is not a bad return.

Debutants Graeme Bester, Conor Craig and Kolo Kiripati will be happy with their performances, but the group as a whole will feel that if they are to challenge for honours that this was a lost opportunity.

Senior Men at home to DLSP on Sunday

Longford Senior Men travelled to Tullow for their first Leinster League game of the season on Sunday last. Buoyed by great numbers in training and finishing top of the Midland League, Longford travelled in quietly confident mood after beating Tullow twice last season and came away with a draw on a scoreline of 18-18.

Longford Senior Men now turn their attention to their first home league match of the season v DLSP who  were a very high scoring outfit last season. They followed the Kevin Keegan mantra of trying to score more points than the opposition and were a very entertaining side to watch.

Longford recorded a 29-34 win against them away  and a 20-14 win at home, both close encounters. Longford will be looking to improve on the performance against Tullow and put in a good performance in front of the home crowd at  CPL Park on Sunday, kick-off 3pm.