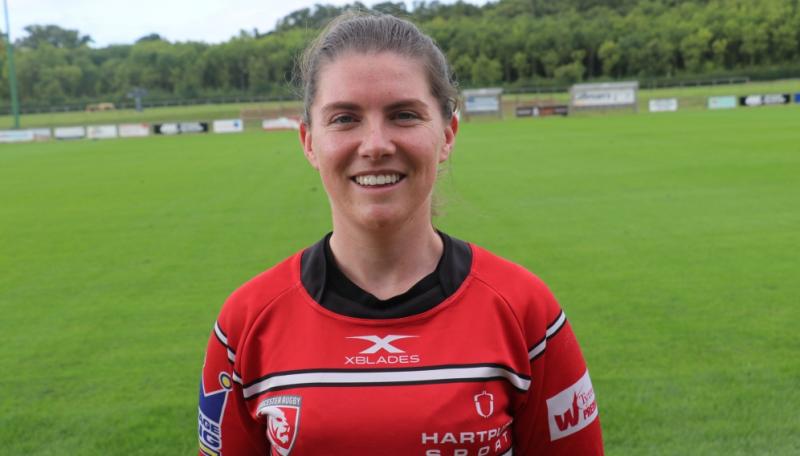 Capable of playing scrum-half or fly-half, Longford lady Ellen from Dromard started out playing GAA for her home club before going to University at University College Cork where she started playing rugby.

From there, Ellen played with Highfield and then Munster for three seasons before moving to Dublin and playing with Old Belvedere and Leinster.

Ellen was capped by Ireland for the first time versus England at Twickenham in November 2018, and featured in her first 6 Nations in 2019.

Speaking at the club’s training ground, Ellen said that her initial ambitions are modest but that she has high aspirations for the team this season.

“Initially, I’m hoping to get picked in the matchday 23! Then the aim is to help the squad get back into the top four and hopefully push on for a final.

“I’m here to play scrum-half or outside-half, that’s where I play for Ireland. There are some hugely experienced half-backs already here, so I can learn a lot from them and we can drive each other on.”

And she hopes that her move to England will enhance her international ambitions.

“The standard in the Tyrrells Premier 15s is so high that I’m hoping that it will help me to develop as a player and improve my chances of representing Ireland on a regular basis.

“There’s always been a high calibre of player over here, but things have definitely pushed on over the past couple of seasons.”