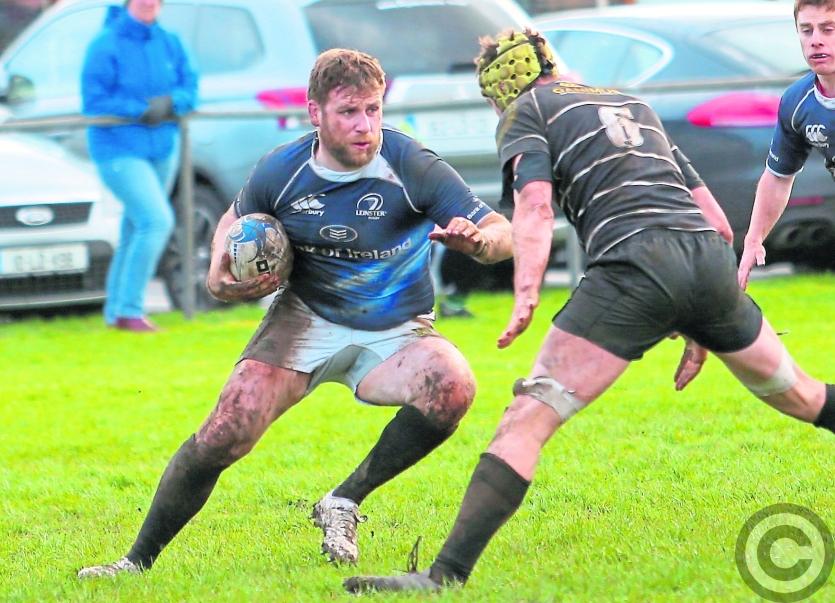 This Saturday is a big day for Longford RFC as they take on Bective Rangers in a promotion/relegation play-off.

The winners will more than likely take their place in the top Division of Leinster Rugby; Division 1A, a feat which Longford have never achieved before.  The venue for the match is North Kildare RFC, near Kilcock, where Longford have a lot of recent experience after playing North Kildare there in the league on successive weeks in the last month.  The match kicks off at 1pm in order to allow fans to then travel onto the Leinster v Ulster game, which takes place in the Aviva Stadium at 5:45pm.

Longford had a great campaign in Leinster League 1B where they earned eleven victories from fourteen matches the same as league winners, Suttonians.  This was enough for them to finish second which earned them the play off spot.

Bective are a club with a big history and were one of the top AIL clubs in the country in the past but have fallen down the Divisions and are on the precipice of relegation to Division 1B.  Indeed, Longford have a number of players who have played for them such as John Quinn and Donagh McDonnell. More recently current first team tighthead Dylan Quinn played for them on a dual status basis when they were still in the AIL.

Glenn Baskett and the squad know that a big task faces them versus Bective.  However, they will be quietly confident after turning over two 1A sides in the cup, Kilkenny and Boyne in recent months.  Indeed, the match versus Kilkenny in the cup was ideal preparation for the test that awaits against Bective. The matches against Kilkenny and Boyne were marked by the tightness of Division 1A defences compared to 1B, which means that every chance that Longford are given needs to be exploited.

It has been rumoured that Bective have called in some heavy weight help to prepare them for Longford’s challenge in the form of a highly experienced PRO 14/Top 14 Coach. However, Longford will be focusing on their own game and strengths as they have done throughout the season while respecting what the opposition might offer.

As with previous rounds of the Provincial Towns Cup versus Boyne and Kilkenny, Longford will be going into the match as underdogs with no pressure on their shoulders.  If Longford can get into their stride early and impose their pack featuring seven former Leinster Junior players allied to a back line that have impressively taken their chances in the last few weeks, then they have everything to gain.

Finally, a note on the current position of Division 2C in the All Ireland League (AIL), which can affect Promotion/Relegation in the Leinster League.  The Leinster Champions Enniscorthy begin a round robin play off against the other Provincial Champions next week. If they win this, then they get promoted to the AIL.  If they finish second, they also have a chance at promotion via a playoff. If Enniscorthy were to go up and no Leinster team came down from the AIL, then Longford would automatically be promoted regardless of the play off result.

However, this is where the plot thickens. With two matches remaining in Division 2C, Seapoint and Tullamore could occupy the bottom two places come seasons end. The scenarios in this case are as follows; if one of them gets relegated and Enniscorthy go up, the result of the promotion play off stands.  However, if one or both get relegated and Enniscorthy do not get promoted then both Longford and Bective will play in Division 1B next season.

At this stage all Longford can do is focus on what they can control and go up to North Kildare RFC and leave nothing behind in terms of performance and effort and the cards will fall as they may.

Best of luck to Glenn Baskett and his fantastic squad of players.  Whatever happens everyone in the club is immensely proud of your achievements this season and we also have the small matter of Provincial Towns Cup Semi-Final to look forward to on Sunday week.  Your support in big numbers would be much appreciated for this pivotal fixture. As the Leinster Domestic Rugby # goes ‘FromTheGroundUp’.