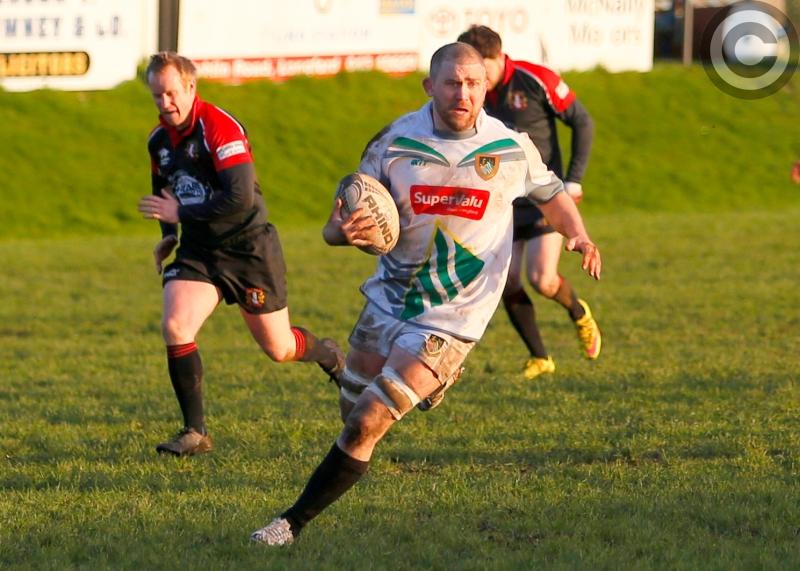 After scoring an ultimately convincing 22-8 win against Cill Dara at home in first round of the Provincial Towns Cup, Longford travel to Drogheda to face Boyne RFC this Sunday in the second round, kick-off 3pm.

Longford will travel to Drogheda with a lot of confidence after scoring a fine bonus point win in Tullow on Sunday week last in the league.

Boyne are a step up in class from Cill Dara as they ply their trade in the grade above Longford, Division 1A.

Their league form has not been great this season, where they have scored only three wins from twelve and are rooted at the bottom of the league.

However, they scored a morale boosting win against third placed Wicklow last time out and will be looking to use the Longford match as a launching pad for their final three league matches, where they need to secure wins in order to try to stay in Division 1A.

Longford will be travelling at near to full strength with just Liam Brady currently on the sidelines and are hoping to welcome back to Colm Glynn to the match day squad after being out since picking up an injury against Suttonians in November.

The Provincial Towns Cup is one of the oldest trophies in existence in Irish rugby dating back to 1892.

The Cup originally named the Leinster Junior Challenge Cup was then presented on the inception of the Provincial Towns Cup in 1926. Longford RFC contested the 88th final v Tullamore and also reached the final in 1932, losing out to Dundalk.

Like any knockout competition it is as all about building momentum. Travelling to Boyne and securing victory will be a tough task, but securing any kind of win will put Longford into the quarter-final stage where they will be confident of proving tough opponents for any of Leinster’s Provincial Towns Cup teams.

Over the last ten years Longford have enjoyed good runs in the Provincials Towns Cup/Plate Competitions, where they have featured in one Provincial Towns Cup Final and three Plate Finals.

In 2013 Longford RFC reached the Provincial Towns Cup Final for the first time since the club was reformed in 1967 and they will be hoping that 2019 is the year that can repeat the historic feat.

Kick off in Boyne is 3pm on Sunday, February 10 with their ground located on the Ballymakenny Road, Drogheda.

All travelling support would be greatly appreciated, with all Provincial Towns Cup matches great occasions and Boyne a venue that Longford have not visited for a long time.