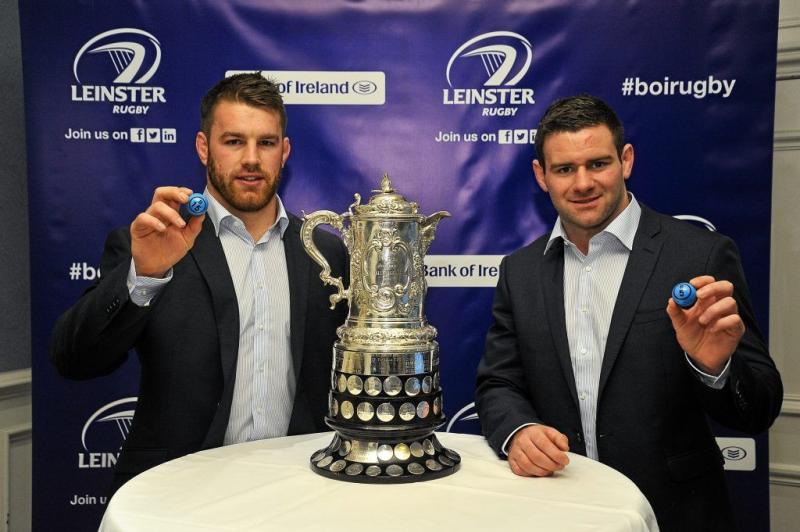 There is a great buzz around Longford RFC in anticipation of the Provincial Town Cup first round game where Longford Senior Men face Cill Dara in CPL Park this Sunday, kick-off 2.30pm.

Longford have featured in one Provincial Towns Cup Final and three Plate Finals in the recent past.  In 2013 Longford RFC reached the Provincial Towns Cup Final for the first time since the club was reformed in 1967; a historic year when Pat Fitzgerald, representing Longford RFC, also become the President of the IRFU.  He was the first Junior Club representative ever to hold this office. Last year Longford reached the Plate Final but unfortunately lost out to Naas after extra-time.

After receiving the toughest first round draw possible last year, away to eventual winners Enniscorthy, Longford will be hoping that this year’s home draw in a packed CPL Park will help roar them into the second round.

However, Longford’s opponents, Cill Dara, are not to be underestimated. They are flying high in Division 2A (the division below Longford) and will come into the match with a lot of confidence.

Longford have played Cill Dara a lot in the league over the last ten years. The last meeting between the sides was on March 12th, 2017 in CPL Park, where Longford recorded a 41-24 victory to win the Division 2A title and promotion contenders. It promises to be a great game as all matches between the sides are always very full blooded affairs

The Provincial Towns Cup is one of the oldest trophies in existence in Irish rugby dating back to 1892.  The Cup originally named the Leinster Junior Challenge Cup was then presented on the inception of the Provincial Towns Cup in 1926.  Longford RFC contested the 88th final v Tullamore and also reached the final in 1932, losing out to Dundalk.

The competition is an open draw format and as such throws up many David v Goliath encounters.  Former President of the Leinster Branch Ben Gormley summed it up well: “The Town's Cup is the Holy Grail of Junior rugby in the province and it is a competition that grips towns like no other.  Its popularity continues to grow year on year.”

As regards next Sunday’s first round match Longford Head Coach Glenn Baskett says that the outcome is very much in the hands of his team: “Our own performance is really what we have got to focus on. Obviously, we are going to look at the opposition and try and determine what they are going to bring to the party.

“Cill Dara really have a lot to offer but from our perspective we have got to focus on what we do and ensure we do it well.  We can ask no more than that and we are not going to get upset or worried about our opponents.”

Baskett is under no illusion as to the quality of the opposition: “We have to respect what Cill Dara bring to the table but we would be underselling ourselves if we were not up for this game.  It is still going to be a big ask for us, but if we intend to make a game of this then we have to match them in the pack. We would be quietly confident that we can do that.”

We invite you to come down to the first round match, which is always a great atmosphere, grab some lunch in the clubhouse and roar the last on to the second round.  The draw will take place immediately after the match at one of the Provincial Towns Cup First Round venues.

The draw for the great prizes for the Longford Senior Men's Fundraising draw will take place after the Towns Cup match v Cill Dara on Sunday January 20th. There will be an opportunity to buy tickets before and during the match.  All the money goes directly into funding the Senior Men’s sides. There are some big cash prizes to be won.

Longford got back to winning ways in CPL Park on Sunday last with a hard fought victory against De La Salle Palmerstown (DLSP).

After the first seven games of the season Longford were flying high at the top of the league but had hit a somewhat of sticky patch of late having lost out in three of the last four league games.  However, Longford knew that a win at the weekend would keep up the pressure on second placed Monkstown in the battle for second and a shot at promotion via a play-off.

DLSP started off the match the better. They looked a different side to the one that Longford had played in Kilternan early in the season where they were good going forward but somewhat less secure in defence.  They were a lot more solid and aggressive in defence with attack more based on hard carries and offloads in the tackle then backline endeavour.

After early Longford possession DLSP made good progression up the pitch and after a few carries their No. 8 received an inside pop pass and ghosted in under the posts for a converted try to leave Longford chasing the game.

DLSP kept Longford pinned back for the next few minutes following the try but as has been their want this season, Longford seemed to be shocked into action by the opposition notching up some points and came at DLSP hard thereafter.

It took just over ten minutes for Longford to reply to the DLSP score. The home side worked their way up the pitch and then laid siege to the DLSP line with multiple hard carries and play from side to side.  Eventually, the pressure told with out-half Ian McCormack crashing over under the posts for a converted try to level up the scores.

The rest of the first half was pretty even with both sides threatening at times.  It boiled over on one or two occasions with both the Longford No.7 and DLSP No.8 shown the yellow card for off the ball handbags just before half-time.  Like the previous match Longford were again enjoying dominance in the scrum.

So, it was all to play for in the second half with Longford having the benefit of the wind. They put in a far more controlled second half performance, with great carrying from the pack a feature.  Indeed, they will have been disappointed not to have added a few more tries when they were in DLSPs ‘22. Alas the final pass or decision was not the right one and this led to a tighter finish to the affair than supporters in CPL Park would have liked.

Longford began to show their possession and territory on the scoreboard with two penalties via the boot of Ryan McHugh putting them 13-7 in front.  However, disaster struck after 63 minutes when a Longford mistake was worked out to the DLSP wing. DLSP made good progress up the pitch and before long Longford found themselves 13-14 down.

Longford knew there was plenty of time to still rescue the result and they came back at DLSP with gusto.  One of the periods of pressure earned Longford a penalty, which was kicked into the corner. Barry Stewart gathered the dart and set up a driving maul with Dylan Quinn/Liam Brady crashing over together for a well worked try.

This was followed up by a great touchline conversion from Ryan McHugh to put Longford six points to the better with seven minutes to play.  Indeed, Longford can count themselves unlucky not to have tacked on one more try.

The end of the match saw DLSP on the attack but the Longford defence held out and they emerged with a good victory to keep them the hunt for league honours and build momentum in the run up to next Sunday’s Provincial Towns Cup First Round game at home to Cill Dara.