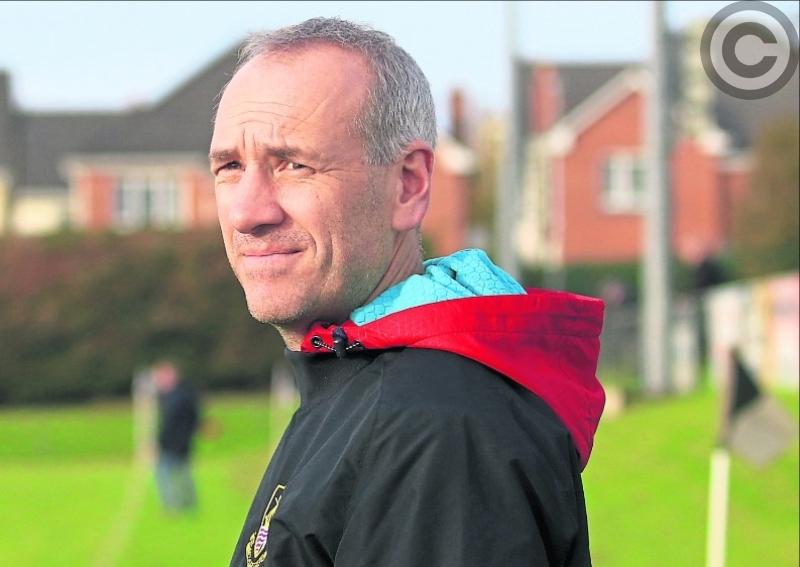 It was a disappointing day at CPL Park on Sunday last where Longford lost out to third placed Monkstown in a big fixture as regards deciding who would challenge Suttonians for league honours.

Despite enjoying dominance especially in the forwards for large periods of the match, Longford lost out by 10 points.  The really frustrating thing from a Longford point of view was that all of Monkstown tries came from mistakes with the defence largely comfortable for the rest of the match.

Both sides started off like they meant business with a lot of early big collisions and carries trying to set down a marker.  However, it was Monkstown who struck first in the form of a penalty in front of the posts.

Longford were determined to get back into the game and came at Monkstown but disaster struck on 11 minutes, when Monkstown wing Hugh Gowing intercepted a flat Longford pass and ghosted in under the posts for a converted try to leave Longford 0-10 behind.

To their credit Longford rolled up their sleeves and went at Monkstown with gusto.  This pressure resulted in the Monkstown No.4 making a trip to the Sin Bin and a well worked try from a driving maul after Longford had kicked a penalty into the corner.  Barry Stewart gathered the ball with prop Dylan Quinn crossing over at the back of the maul. Ryan McHugh added the conversion to reduce the deficit back to three points; 7-10.

At this point Longford’s pack began to turn up the power and became dominant in the scrums and lineouts.  Longford enjoyed some good territory and possession but the last pass or right decision alluded them at crucial times.  However, Ryan McHugh knocked over a penalty on thirty minutes to level the score at 10-10.

The balance of the match then changed in the run up to half-time after Longford second row Benny McManus took a trip to the sin bin.  Monkstown then turned up the pressure. However, they could not breach the Longford line until Longford spilled the ball just outside their 22, with the ever alert Gowing hacking through to go in under the posts for another try to bring the half time score to 10-17 in Monkstown’s favour.

Longford dominated the start of the second half with their dominance built around some powerful scrummaging.  It was from one such scrum that captain Neal Farrell made a sniping break and alluded the cover to go in for a try, which was superbly converted from the touchline by Ryan McHugh to draw Longford level for the second time.

At this stage you would have only picked one winner and Longford pressed the away side line for next ten minutes only to be denied by bad decisions or last ditch Monkstown defending.

However, it was not to be Longford’s day as another handling error from the home side on their 10 metre line was hacked through by Gowing who went in for his third converted try.  This was further compounded by Monkstown knocking over a penalty to stretch their lead to 10 points with ten minutes to play.

Monkstown closed out the match through a mixture of good defence, kicking and taking the pace out of the game, to leave CPL Park with four precious points to Longford’s none.  The win sees Monkstown move three points ahead of Longford into second place with four matches to play.

Longford are not totally out of the running for second place/promotion yet.  All they can do is concentrate on winning their last four games versus DLSP, Suttonians, Tullow and North Kildare and see how the rest of the results fall. Next up is a home fixture versus DLSP next Sunday for both Early and Late XVs.

There is also the small matter of a Provincial Towns Cup run, with Cill Dara visiting CPL Park on Sunday January 20th in the first round of the tournament.

“Opportunities don’t come around often, and this was an opportunity lost. We talked about these small chances to take the opportunity before the game, and we didn’t take it, for either team.

“We believed on paper we had two good squads to compete. But we didn’t execute our chances we created.

“While the Early team are very much still alive in the competition, the Late team have probably let the chance to win the league slip today.

“That said we have second place and a play-off spot to aim for. But to have gone from where we were to third is disappointing.

“You find yourselves in both games playing well enough to get a result but finish with nothing. That is hard to take, knowing the quality of player we have in the group.

“But with DLSP coming to Longford on Sunday next we just have to look at where we went wrong today, and why? Because DLSP will not give us the luxury of an easy get back on the horse game, we will have to be better than today.

“A big positive going into this block of games in January was our squad numbers, and that showed at training last Friday. But for today, an opportunity lost.”