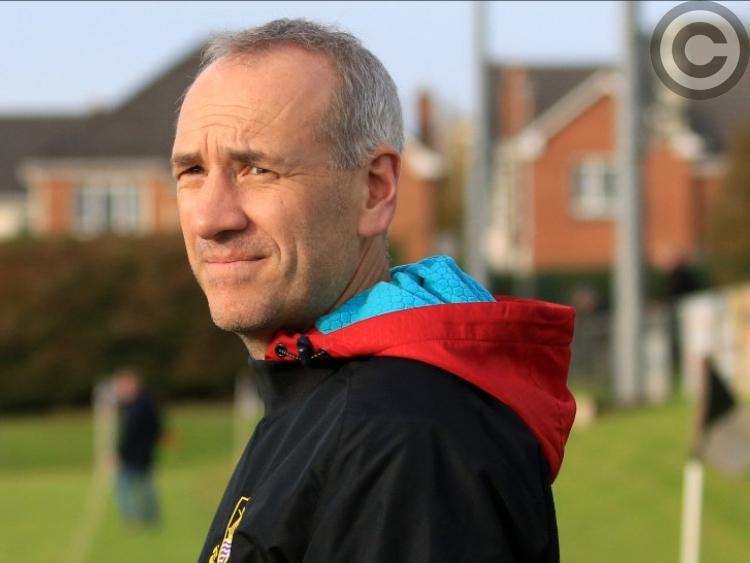 Longford travelled to Sutton on Sunday last expecting a tough game against a side that turned them over twice last season and that is exactly what they got.  Unfortunately, Longford were off key on the day and that was not going to be good enough against a big well drilled Suttonians side.

Longford’s habit of conceding early has been overcome in the first five matches, but up in Sutton that was definitely not the plan.  Longford gathered the kick-off but were turned over by the home side. Their scrum half spotted a gap at the side of Longford’s ruck and ghosted through the home defence to go in under the posts to give Suttonians a 7-0 head start.

The match started in squally wet weather and things went from bad to worse for the men in black when centre Colm Glynn had to go off with a leg injury.  Longford’s revamped back line now had a very youthful appearance.

Suttonians brought a lot of aggression to this game and Longford found it hard to match it at times.  It also stopped Longford getting up to the speed of their normal high tempo game. Suttonians struck again for two more penalties before the half was out to put them 13 points ahead.

Longford will have been very disappointed at the end of the first half not to have converted their only real period of pressure on the Suttonians line into seven points.

They battered the home sides line for nearly five minutes but did not cross the whitewash due to some bad handling resulting in the ball being knocked on.  To their credit they dusted themselves down and went back up the pitch to close the first half out with their first score to leave it 13-3 at half-time.

At half time the importance of bringing the game to Suttonians was emphasised but reality turned out far differently then Longford wanted with them conceding a try under the posts straight from the kick-off to leave them with a 20-3 mountain to climb.

Unfortunately, Longford could not climb that mountain and it was Suttonians who grew in confidence tacking on two more tries and a penalty to bring their final tally to 33 and secure a four try bonus point.

To their credit Longford never dropped their heads and kept on coming until the final whistle tacking on a penalty and a try to bring them into double figures.  The try was scored right at the death in the corner by full back Sean Flynn to leave the final score at 33-11.

So, it is a case of regrouping for the Late XV and focusing on the challenge of North Kildare and Coolmine in back to back matches at CPL Park.  Longford would have preferred to go straight into action next weekend but alas there is a weekend off before the League resumes on November 24th.

It is tougher to take a loss especially for a Longford side who won every match up to this point.  However, Longford are still in a great position, only three points off the leaders Suttonians having recorded five wins from the first six matches.

A big plus yesterday was the strength of Longford’s line-out maul, which hopefully will yield better returns in upcoming matches and the very youthful Longford backline, which finished the match.  Best wishes to Colm Glynn for a swift recovery.