Buccaneers kick off AIL at home to Naas 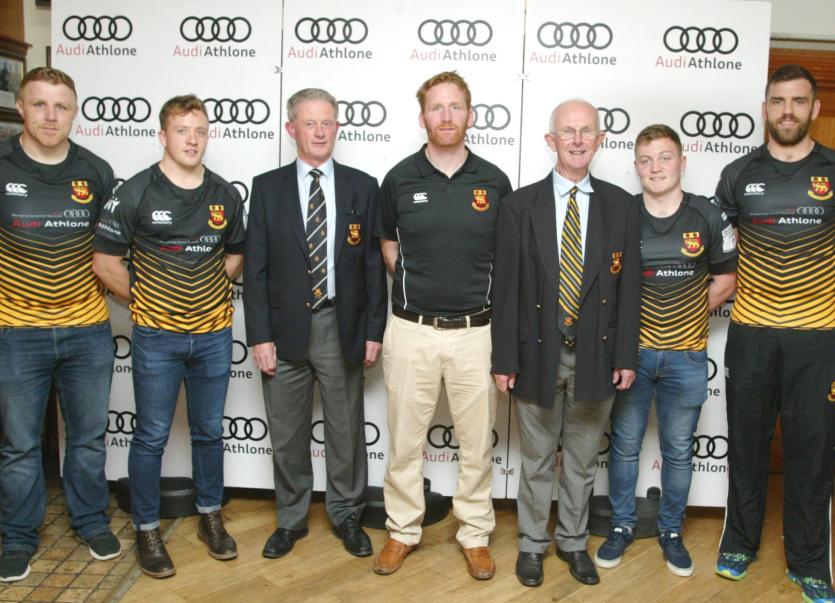 The Buccs will be hoping for a 16th man on Saturday

BUCCANEERS kick off their All-Ireland League campaign with an intrigueing home fixture against Naas on Saturday. This Division 1B encounter kicks off in Dubarry Park at 2.30 p.m. The teams’ only previous meetings were in this division two seasons ago with the Pirates coming out on top on both occasions. Both matches were finely balanced, exciting jousts so spectators will be hoping for more of the same in Athlone on Saturday.

There was little between the teams in 2016/17 with early and late scoring spurts earning a 24-16 victory for Buccs at Forenaughts and then the midlanders clinched the Division 1B title with a hard-earned 30-23 home victory. Defeat then for the Co. Kildare club meant that their promotion chance was gone but it was their debut season at that level and they acquitted themselves admirably, as they also did last year when again being among the pacesetters.

Naas have the backbone of that squad still available to them. Johne Murphy and Fionn Carr form a vastly experienced pairing in the centre and Peter Osborne and Fionn Higgins are two other exciting backs. Buccs followers will be eager to see if their restless son Alan Gaughan is named in the Nass side for Saturday’s duel. Wing forward Will O’Brien captains the visitors this year and his predecessor Paulie Tolofua brings a hard edge to the pack at No.8 while young Adam Coyle is a topclass tighthead prop.

Naas have lost their three recent Leinster Senior League games but all were by narrow margins. They ran up decent scores too when going down 25-17 to St. Mary’s College, 20-17 to Terenure College and 39-33 to UCD, the latter two outfits being 1A sides. So Naas have form and will provide a very difficult and tricky opening day hurdle.

Buccs will be much changed from previous meetings with Naas. Forwards Martin Staunton, Simon Meagher, Ruairi Byrne and John Sutton all featured then (indeed the latter’s photo is still included on the Naas website!). The Athlone side’s backline will have a radically different look to it with Gaughan departed and skipper Shane Layden injured. Frankie Hopkins and, if available, Conor McKeon could be the only two to have played when the sides last met just 19 months ago!

A new coaching team is also in place at Dubarry Park and the players have both enjoyed and bought in to the ethos and ideas of Head Coach Peter O’Donnell (who was assistant coach at Naas in 2014/15) and his assistant Aidan Wynne. They have instilled a good work ethic, as evidenced by narrow late victories forged by sustained endeavour from a mainly very youthful squad that secured a fourth successive Connacht Senior League title for the Athlone club.

Due to Connacht Eagles involvement in the new Celtic Cup, Buccaneers had to frustratingly make do without their Academy and Development players. But this provided an opportunity for promising yet inexperienced players to stake their claims for selection on AIL match days.

The availability of Connacht trio Luke Carty, Conor Kenny and Peter Claffey would be a decided boost to the Pirates as Naas will surely provide stiffer opposition than that in the Connacht league. Nevertheless, if Buccs reproduce their recent never-say-die attitude, are disciplined and take what chances come their way, they can make it a winning start at Dubarry Park where big home support can prove their vital 16th man. “Come on, the Buccs!”

There will be a pre-match function in The Bounty at Dubarry Park for Saturday’s All-Ireland League opening fixture. For just €30 you can enjoy a fine 3-course meal including wine, get a complimentary 100-page match programme and free admission to the stand for the match. Groups or individuals can be catered for. To book or enquire, contact our Administrator Geraldine at 0861732711 or email rugby@dubarrypark.com