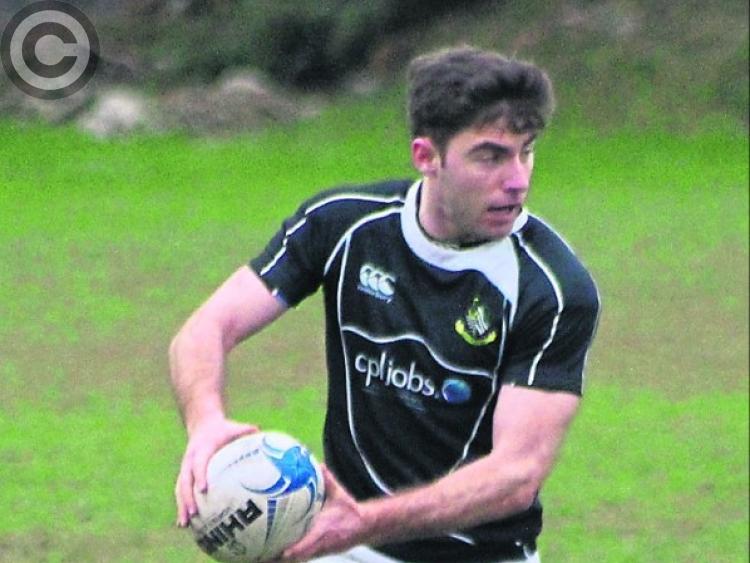 Longford came very close to claiming their first Provincial Towns Plate but ultimately were downed by a very good Naas side after extra-time in a most entertaining high scoring final at Edenderry RFC on Sunday last.

Longford will be wondering how they ended up losing this one as they were 20-0 up after twenty minutes after an early penalty and two tries by Ciaran Kennedy and Colm Glynn and another penalty after.

A strong wind was blowing behind Longford for the first half which they worked to their favour. However, after Longford’s barnstorming start Naas started to work their way into the match.

A Longford yellow card allowed Naas to gain possession and territory, they then managed to rack up a converted try and a penalty during the Sin Bin period to peg the score back to 20-10.  They also notched a further penalty just before half-time to leave Longford seven points to the better at the break, 20-13.

Longford knew they would be against in the second half playing into a strong wind but gave a very good account of themselves in the opening 20 minutes.  They scored first via the boot of Joe McGowan after 7 minutes and further stretched their lead with a Derek Farrell try in the corner to leave the score 28-13.

Just as in the first half Naas switched on for the second 20 and put Longford under severe pressure with a penalty and two well worked tries by their wingers, who had looked increasingly dangerous as the match progressed, to leave Longford 28-31 behind for the first time in match with only a few minutes to go.

Great credit must go to Longford as they marched their way up the pitch to earn Joe McGowan a penalty opportunity which he duly slotted to bring the match to extra-time with a final normal time score of 31-31.

Longford would have been feeling good with the wind behind their backs for the first ten minutes of extra-time but it ultimately proved disastrous for Longford who leaked three tries, one almost immediately from kick-off, one from an intercept with Longford on the attack and one from a Naas kick through.

Longford’s quest for plate glory looked well and truly buried going into the second period of extra-time with Naas leading 52-31.  However, in a great reflection of the character of the side they refused to let their heads drop and scored a try in the corner to bring the score to 52-36 and then followed up with a penalty try after the Naas winger slapped the ball forward with the line at Longford’s mercy.

Longford pressed to try and make up the 9 point deficit but ultimately fell short, not for want of any effort with the final score 52-43 in favour of Naas.

Longford will certainly feel that this is one that got away but can reflect on a very good overall season where they finished third in a very competitive Division 1B of the Leinster League, won the Midland League and reached the Provincial Towns Plate Final.

With our U-18s scoring a fantastic victory in the Leinster Darcy Cup on Saturday, it is hopefully a case of onwards and upwards in the coming seasons.

Longford players in action for Leinster

Congratulations to Longford players Kieran O’Gorman, Benny McManus and Dylan Quinn who all played for the Leinster Juniors in their 32-19 win against Connacht on Saturday last.  O’Gorman captained the Leinster side who play Munster in Coolmine this Saturday.