Title decider against Naas at Edenderry RFC this Sunday, 3pm 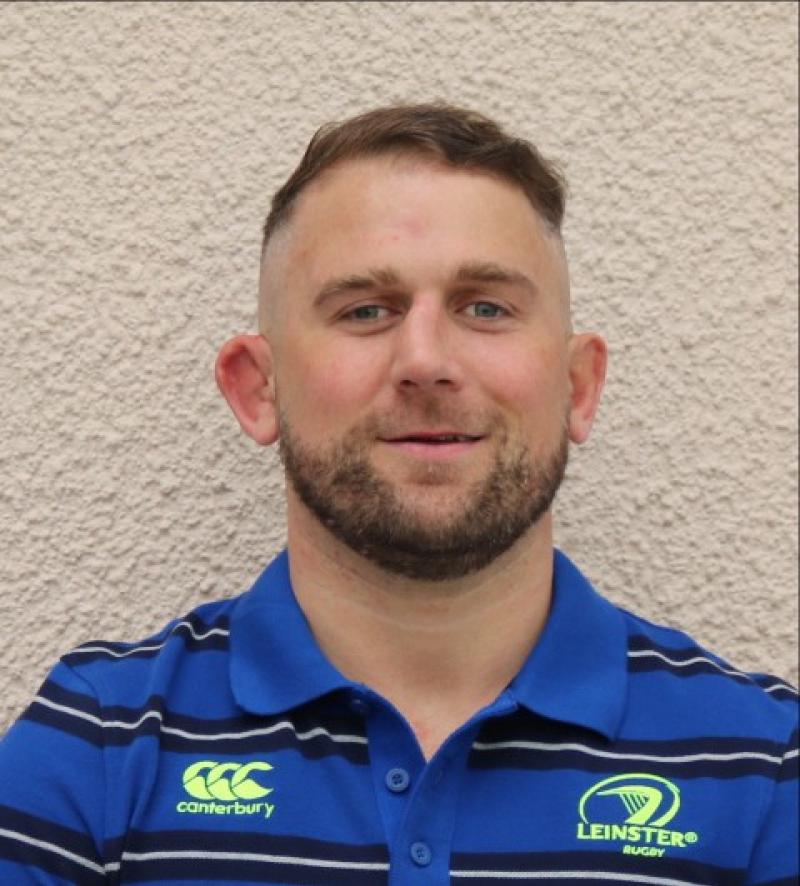 Kieran O'Gorman, a key figure on the Longford Rugby Club Ist XV who has been appointed captain of the Leinster Junior team.

Longford won through to the final of the Provincial Towns Plate after a hard fought win against Portlaoise at CPL Park on Sunday last.

Longford have found fellow Division 1B side difficult opposition this season in beating them narrowly in CPL Park early on in the season and drawing with them away in the last league match of the season and this match was no different.

In truth Longford will be quite happy with the result as Portlaoise enjoyed the edge in possession and territory.  Longford only played in fits and starts with a purple patch around the mid stage of the first half proving enough to secure the win.

Longford kicked off with the wind at their backs, a wind that was to pick up throughout the match and pin Longford back in their own half for most of the second half.

Portlaoise got into the game more quickly and dominated the early possession stakes.  Longford did look threatening during the period, when they got the phases going but persistent handling errors undid their good work.  However, Portlaoise failed to get any return from this period of dominance.

This proved very costly to them as a moment of magic from Longford full back, Joe McGowan, turned the tide for Longford.  From a scrum in Longford’s scrum half Neal Farrell fed the ball to the onrushing McGowan, who stepped around two attempted tackles and burned the cover to score under the posts for a try which he duly converted.

This score seemed to spur Longford on as they effectively sealed their final place in the next 10 minutes. On 22 minutes Lorcan Connolly broke up the wing and kicked over the cover and Shane Rodgers was unlucky to score from the kick ahead.  However, it resulted in a 5 metre scrum with tighthead prop Dylan Quinn eventually going over for another converted try after multiple phases.

This was quickly followed up by a try by Colm Glynn, which saw the damage Longford can do when mixing up big forward carries allied with expansive back play.  This left the score 21-0 after 30 minutes.

Unfortunately, after this Longford seemed to switch off perhaps believing that they had one foot already in the final.  Portlaoise again assumed possession of the ball and after successive attempts at penetrating Longford’s line, they finally went in for a converted try just before half-time.

Longford chose to tap and go from any penalties they received and had a few chances to add to their lead.   However, the home side forced quite a few passes which resulted in turnovers or good chances not resulting in scores.

One positive for the second half is that although Portlaoise threw the kitchen sink at Longford, their only score of the second half was in injury time, when the Longford win was already secured.

Plate Final against Naas on Sunday next

Longford now turn their attention to the final next Sunday against AIL heavyweights Naas.  Although fielding their second team in the competition, such is their squad depth that ex-Connacht player Fionn Carr featured for them in the last round.

Longford will undoubtedly be underdogs going into the match but know that when they bring their A game for a full 80 minutes that they are able to give any junior side in the country a stern examination.

We would sincerely request as much travelling support as possible as Longford look to end the season on a high in their bid to add the Provincial Town Plate to their Midland League Title. Edenderry RFC is the venue and kick-off time is 3pm.

In some other good news Longford flanker Kieran O’Gorman has been appointed Leinster Junior Captain for the upcoming inter provincial series. Congratulations from all in Longford Rugby Club to  Kieran will lead the Leinster junior team against Connacht, Munster and Ulster over the next three weeks. Kieran has a number of caps for Ireland at Senior AIL level.