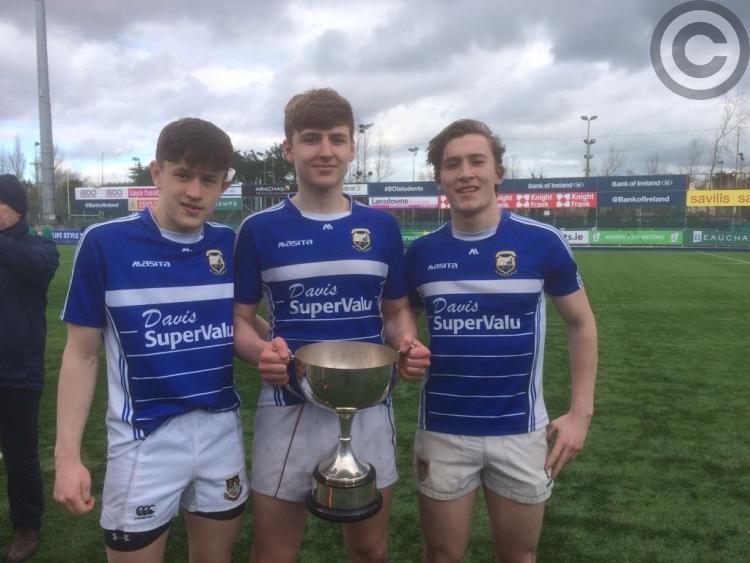 First half tries scored by Liam Harte and Jack Magan left St Mel’s leading 10-0 at half-time but there was some anxious moments in the second half as Patrician Newbridge closed the gap to three points following a converted try.

But St Mel’s were determined not to let a famous victory slip from their grasp and after Gerard Flynn scored another try to consolidate their grip on the game, the impressive Flynn  got over the line again to leave his side in a commanding 20-7 advantage.

Newbridge hit back to score a second try in the closing stages of the exciting final but mighty St Mel’s had already done enough to emerge triumphant.

Hopes of a Leinster Schools Rugby double for Longford were dashed when Moyne Community School lost out to Carlow opponents Presentation De La Salle Bagenalstown in the first match on the programme at Donnybrook Stadium earlier today (Thursday).

Trailing 15-0 at one stage, Moyne (also coached by Stephen Coy Junior) came storming back to close the gap to six points in the finish in a brave bid to win the Senior Development Shield Final.