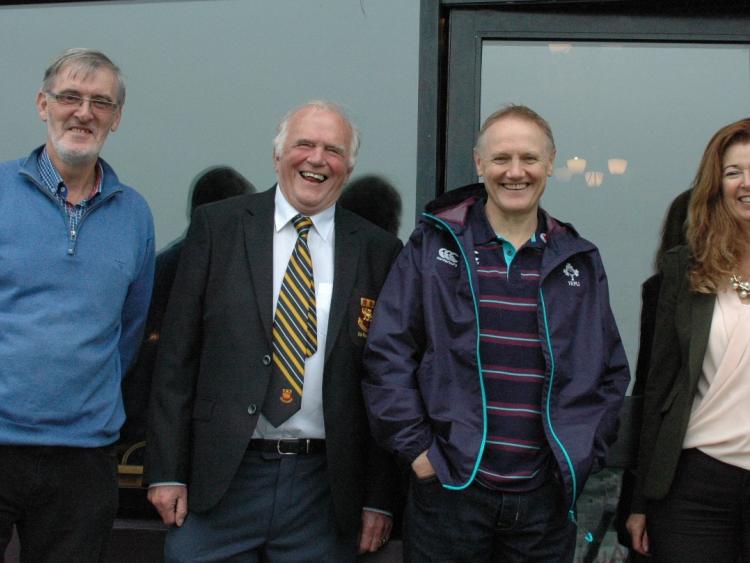 Ireland Rugby Squad to hold training session in the Midlands

Irish Rugby fans in the Midlands will get a chance to get up close and personal with the stars of the Ireland team in February as Joe Schmidt brings his charges to Athlone for an open training session.

The squad will be here for an Open Training Session at Dubarry Park, home of Buccaneers Rugby Football Club in Athlone on Thursday, February 15.

Buccaneers are extremely proud to host the team, and expect a huge crowd on the day. Tickets, which are free, will be available on www.tickemaster.ie from February 3 and booking is essential as only ticket holders will be admitted to the ground.

Ireland Head Coach Joe Schmidt and team manager Paul Dean led an IRFU delegation to the club last autumn. They were delighted with the quality of the facilities that the Athlone club could offer for this mini camp.

The Westmeath club has been busy preparing for the visit. Much interest will focus on players such as Athlone’s own Robbie Henshaw, as well as Johnny Sexton, Peter O’Mahony, Tadhg Furlong, Conor Murray, Joey Carberry and Bundee Akee,
along with “bolter” Jordan Larmour and James Ryan, another youngster of immense potential.

Highlight of this occasion is likely to be the training game kicking off at 11am when the Ireland U20s team will provide opposition for the senior side. This will be followed by pitchside signing of autographs by the players for the thousands of fans
expected at the event. The senior management team and a number of players will also undertake media interviews at this time.

The visit is a huge undertaking by Buccaneers RFC officials and members with scores of volunteers on duty as stewards, ball boys, etc. throughout the visit.

The club has proven in the past its ability to cope when hosting Ireland U-20 Six Nations fixtures for many seasons. For those intending to come along to watch and enjoy the occasion, the key messages are to get your tickets as soon as they become
available on Ticketmaster from February 3 and then get to the stadium in good time on the day.

For further information, keep an eye on www.buccaneersrfc.com but please note that tickets are not available through the club, only via Ticketmaster website.

Who in Longford wants to host 'wee' Daniel O'Donnell at their house for new TV show?