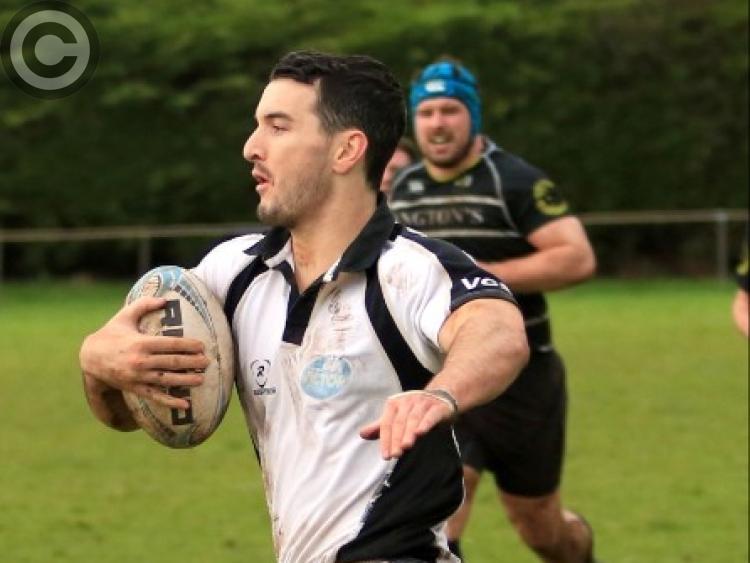 Longford started the game away to Clondalkin on Sunday last knowing that a victory with a bonus point was essential to stay in the hunt for the Leinster League Division 1B title.

The conditions were dry but extremely cold with the players challenged with staying warm before the kick-off and avoiding early muscle injuries at the start of the game.

Longford RFC started the game as hoped, dominating the early exchanges with an early try from Liam O’Hallahan where he beat his opposing number and despite the despairing tackle of the opposing full back, dotted the ball over the line. Longford’s Joe McGowan was unlucky with his conversion attempt.

Clondalkin RFC immediately responded with a penalty which their outhalf converted to leave the score at 5-3 to Longford. Longford continued to apply the pressure and were awarded a penalty close to the Clondalkin line. Due to a momentary lapse of concentration Longford’s captain marvel, Neil Farrell tapped the penalty himself and caught the Clondalkin defence napping and dotted the ball down in the corner much to the disgust of the opposing captain.

Our barnstorming second row, Benny McManus then collected the ball after a long period of pressure from Longford and barged over two Clondalkin players to score a try near to the Clondalkin posts to leave the score at 15-3 to Longford midway through the first half.

Longford knew that they had to increase the points total due to the wind advantage. This was not to be the case as Clondalkin caught Longford napping from the kick-off and scored a rather soft try to leave the scores at 15-10.

Joe McGowan then added a further 3 points when Longford were awarded a penalty after a considerable period of pressure leading up to half-time and were unlucky not to score a further try just before the break.

The score remained at 18-10 to Longford who were playing against the freezing and biting wind in the second half. This required Longford to “pick and go” off the ruck and mauls with the option of kicking negated by the strong wind.

Clondalkin were awarded a penalty to leave the scores at 18-13 and ensuring a nervous period for the large travelling fans from Longford. Joe McGowan had other ideas as he danced his way over the try line after beating a number of defenders and increasing the lead to 23-13 to Longford. Colm Glynn then took his first punt at the posts after a penalty awarded to Longford to leave the score at 26-13.

At this stage, Longford decided to blood an up and coming star in Paddy Duggan who was introduced for his first game with the 1st XV at the tender age of 18 years. Coach Hanley must be commended for his many years of hard work with the quality of players he is producing at under 18 level for the senior set up. Paddy slotted into his centre position as if he was an experienced veteran and immediately put in a big hit on his opposing number.

Longford welcome Dublin’s Coolmine to CPL Park this coming Sunday with Tullow, the league leaders losing to North Kildare the surprise result of the matches last weekend. As this stage, it is very much between Longford, Kilkenny, Tullow and Suttonians for the league title and all to play for.

The man of the match went to Shane Rogers who was the silent assassin in the centre as he worked his socks off in defence all day long.