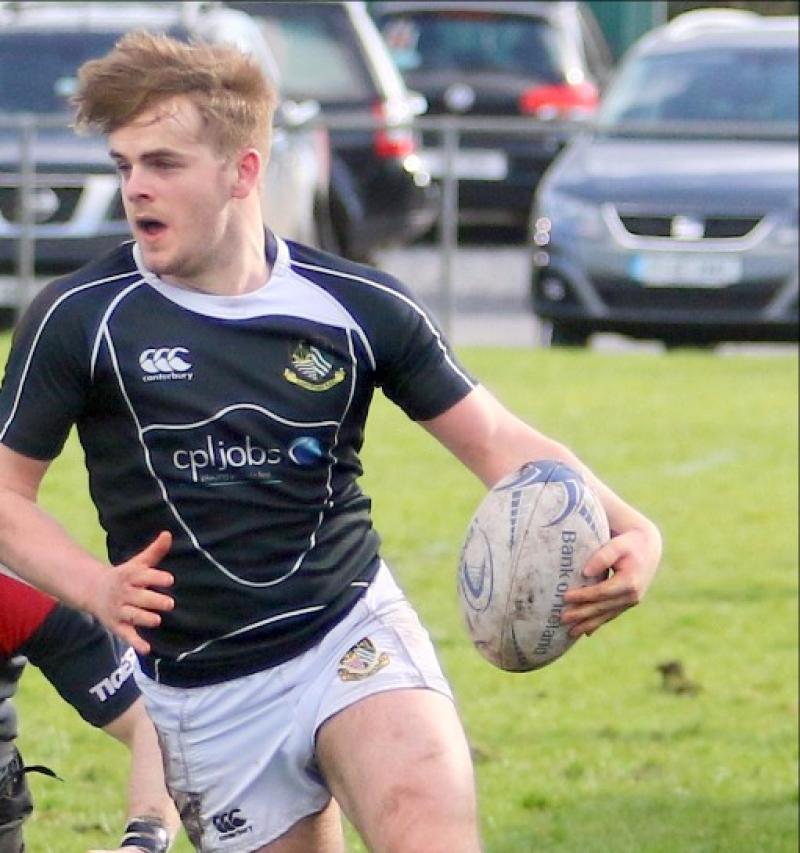 Longford bowed out of the Provincial Towns Plate at the semi-final stage when a tremendous  second half fight back came up just short with Kilkenny snatching a last gasp win after converting a penalty in stoppage time.

A slow start by Longford was what ultimately prevented them from making the Plate final for the second year in a row.

The opposition, Kilkenny, who played in the Leinster League 1A this season two divisions above Longford, went into the game as firm favourites and quickly imposed a speed of play that Longford had not often seen this season. The conditions for the match staged in Portlaoise RFC were quite good, although some early drizzle made the ball slippy at times.

This game from Longford’s point of view was a proverbial game of two halves, with Kilkenny going over twice  in the first half to take a 14-0 lead.  Their first try was an unfortunate intercept as Longford looked to spread the ball wide and the second was from a great line up the middle with a hint of a forward pass.  Longford did not do a whole lot wrong in the first half but were guilty of some individual errors at crucial moments.

The half-time break clearly came at the right time for Longford who regrouped and had by far the best of the second half, where they imposed their game and structures on Kilkenny at a pace that unsettled the opposition.

Longford’s pressure yielded two penalties early in the second half to bring the score to 6-19.

This was built upon after a great try by full back Cormac Hughes who cut through the centre of the Kilkenny back line for a try to close the gap to 11-19 after Kilkenny managed to respond with another try.

However, Longford were undeterred and another penalty along with a try and conversion put them  into the lead, 19-21, for the first time in the game with 15 minutes remaining.

To their credit Kilkenny regrouped again and managed to get over for a try out wide to leave the score at 26-21 moving into the closing stages.  Longford were not finished yet however and managed to go over in the corner for another try after a great forward drive with Benny McManus touching down, followed by a great conversion to put Longford into a two point lead, 28-26.

Unfortunately, Kilkenny managed to turnover Longford possession from the resulting kick off and were eventually awarded a penalty, which was duly converted to leave the final score 29-28 in their favour.

It was a bitter end for Longford after staging a great comeback.  However, the lads can take a lot from this game and will now know that they can compete in Division 1B next season after their promotion as Division 2A champions a few weeks ago.

Thank you to all our players, management, committee members and supporters over the season as we look forward to Division 1B next  season.

Two dates for your diary - Longford are hosting the Leinster Junior v Ulster Junior game on Saturday May 13th and secondly the Club Awards night along with Derek Belton/Derek Bannon Memorial match will take place on Friday May 19th.