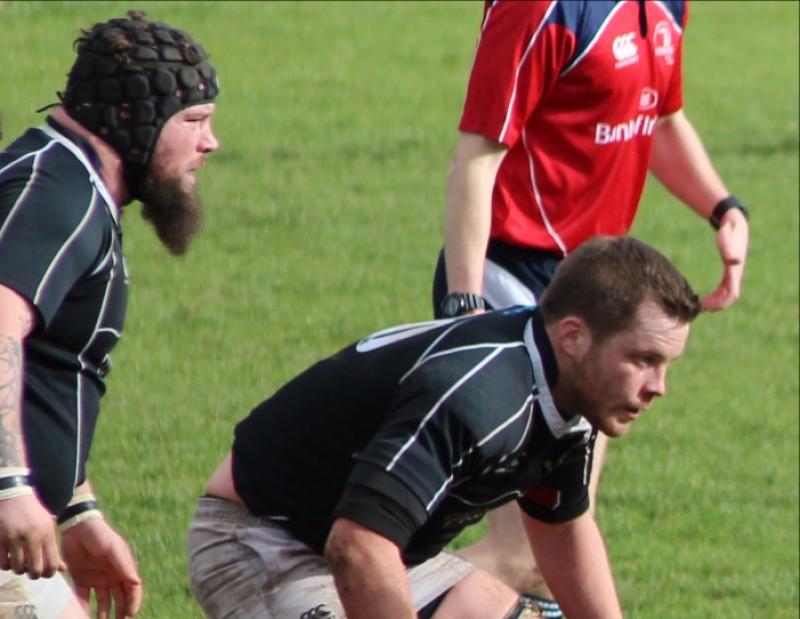 Longford guaranteed their supporters another day out by securing a resounding win over Athy in the Provincial Towns Plate quarter-final at CPL Park on Sunday last. Played on a mild afternoon with a strong wind that had a political feel to it, in that it could not make up its mind as to which direction it was blowing.

The home side dominated throughout the contest stealing lineouts, pushing well in the scrum and initiating attacks that challenged the adaptability of the Athy defence.

The first score came with just seven minutes gone when Cormac Hughes put in his first of a number of star turns in the fullback position. His run scythed through a gap in the Athy defence before he passed back through the defending players to Joe McGowan. The winger crossed for the home side's first score.  Glynn sized up the conversion kick and although kicking into the teeth of the wind squarely hit the mark.

With the score at 7-0, Athy's reply was to push Longford back into their half. That period of pressure eventually yielded a penalty and thought the kick was in front of the posts at 38 metres out the swirling breeze hampered the effort.

The Kildare men continued to probe their way back into Longford territory, but carries from John Geelan, Benny McManus and Justin Forde all returned the favour.  When an attacking maul was brought down a side entry infringement was penalised and converted by Glynn to leave it 10-0.

The next penalty option went to Athy and kicking for the line resulted in their most threatening attack in the first half. A penalty eight metres out was tapped quickly by the prop, but Longford tackling in the red zone resulted in a knock on that was gathered and cleared by McGowan. There followed line breaks by Robert Lee and Benny McManus to pitch the Kildare side further back.

That momentum was capitalised on by Glynn when he went with a quick tap not far from the Athy line and this move was finished by McManus who touched down in the corner to leave it 15-0 in the 33rd minute. As the first half came  to a conclusion there was more scintillating runs by Hughes, Neil Farrell, Daniel McHugh, Barry Stewart and Kevin Rodgers.

From the restart Longford asserted themselves. An attack down the wing saw the dancing steps of McManus kept his feet out of touch and while his pass to Rodgers saw the hooker cut to the line the touch judge spotted a toe in touch.

The next score came as a result of a skip pass by Glynn who gave Hughes enough space to waltz through the defenders to bring the Longford total to 20-0. More came when a line out ball off the top saw a sweeping run by Barry Stewart shatter the line. The flanker got his hands on the ball  for a pop pass to Dylan Quinn who gathered at pace and scooted over the try line.

Glynn converted to leave it 27-0 and then the centre added another penalty to leave it 30-0 three minutes later.  An audacious attack by Robert Lee saw him attempt to cross the try line, but the Athy defenders managed to hold him up in the corner. At the resultant five metre scrum Paul Gallogly picked from the base and while Athy's efforts were directed at manhandling him to the ground he got a pass off to Neal Farrell who dived over to bring the score to 35-0.

Credit to Athy for not giving up. They may have been getting a bit fractious as the game drifted out, but they strung together a nice move to break their duck. A lineout in the Longford half created  the opportunity for the Athy full back to find space out wide to career past the flagging Longford defence. Unconverted, the final score stood at 35-5.

Longford had a number of great contributions on Sunday with Aaron Beirne and Shane Rodgers doing stalwart work in defence.  This was a good day's rugby and will now set up for a semi-final clash against Kilkenny at the Portlaoise RFC grounds on Sunday April 23, kick-off 12 noon.