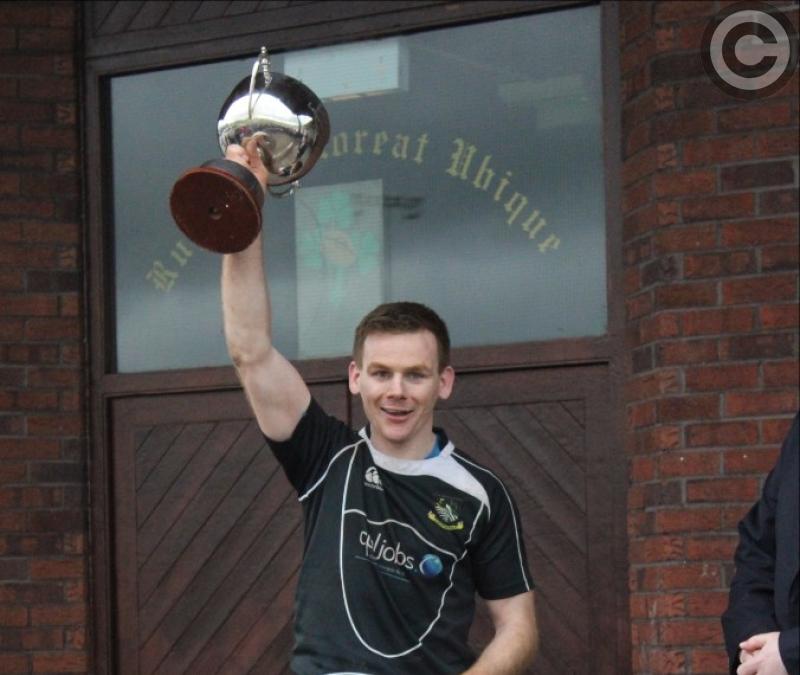 Longford cemented their league champions status with a win over Carlow on Sunday last to end the Division 2A campaign on a high note. This was a game played in perfect rugby conditions and the visitors took advantage to beat their opponents at Oak Park Road by the narrow margin of two points.

This was a vital clash for Carlow with the outcome determining their play-off status. Although Longford had already won the league title they were determined to finish with another win.

The visitors started with the grit and determination that has been the hallmark of the successful campaign this season.

A sin binning in the opening minutes of the game was brushed aside and Longford launched into a frenetic 15 minutes period in which they repeatedly rocked Carlow back. This was typified by the interplay between outhalf Daniel McHugh and centre Colm Glynn.

The opening score of the game came in that period with back link play catching Carlow out. Cormac Hughes was the ultimate beneficiary of a play of brilliance that nudged his side ahead. Glynn's conversion left it 0-7 with just ten minutes gone.

Carlow gradually began to make an impact and were rewarded with a penalty to bring the tally to 3-7 but the Longford  trio of Benny McManus, Barry Stewart and Derek Farrell hit back to create  havoc on the opposition defence, time and again shattering the line.

Longford experienced a setback when dynamic back row forward Paul Gallogly was forced to leave the field of play due to injury. Carlow rallied strongly and their efforts were rewarded with a try around the half hour mark. Although it went unconverted they held a slender 8-7 lead..

Things got a little sticky for Longford in the second half with a yellow card for Hubie Connolly and the forced retirement of Barry Stewart due to injury and these woes were compounded when Carlow scored another try to extend their advantage out to 13-7.

A penalty by Colm Glynn closed the gap to 13-10 and then a powerful pack move saw Benny McManus drive a maul over the Carlow line to ground for the winning try.