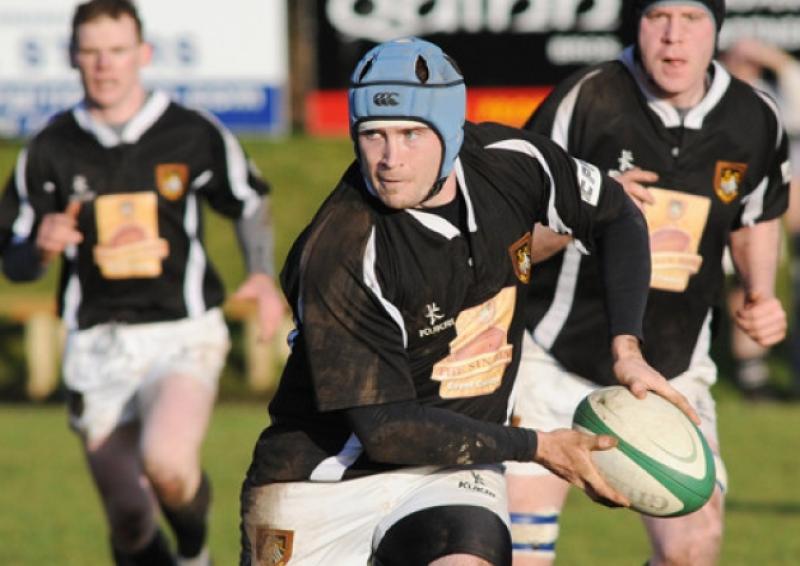 The visit of the Garda XV to CPL Park gave the home side their first points of the season as they scored a resounding victory with a 39-0 score.

Longford put in a good opening half in which they secured the maximum points in their first win of the year against the visitors.

The officers have not been having a good year, however at times they put together some good plays and looked to be an effective unit, but Longford punished most of their errors in the opening 40 to secure the win. Longford were anxious to break the losing streak and the visit of division 1b whipping boys Garda presented to best opportunity.

The Garda have experienced a divisional tumble last year and unless they can execute a remarkable reversal of fortunes look to be going down again this year. Longford for their part will be hoping that they can build on this win to change the season that has been ravaged by injury.

A strong Longford team took to the pitch and the return of outhalf stalwart Colm Glynn will have been a big boost tot he moral of the team. The early line breaks suggested that Longford were intent on getting a win from this game.

Although good work had been put in by those stepping into the 10 slot in his absence outhalf Glynn showed the consistency that Longford had been missing in the pivotal position from a very early stage. When the ref penalised the Gardaí for hands in the ruck in the ninth minutes in Glynn put his side three points up.

The visitors then put together some good movements that looked to test the Longford defence, but it was the home side who got the next score again from the boot of Glynn. With 13 minutes on the clock the outhalf banged it over from out on the left hand side.

Longford continued to press and as the ball was going through the hands Lee kicked behind the Garda line for Killian Bartley to give chase. The winger beat the defence to the ball and touched down for a try out on the left. Glynn added the two and brought the total to 13-0.

The first try gave Longford a boost and they gave the impression that they were going to do some damage. A great line break by Ciaran Brennan brought Longford back to the Garda five metre line. Neil Farrell flashed a ball from the base of the ruck to Glynn, a skip pass by the 10 hit George McDermott, the centre slipped the first tackle, and evaded the second, although he grounded the ref called it back for a scrum as he believed McDermott jumped a tackle.

Longford spent a good deal of time within five metres of the Garda line and but they failed to get the tantalising score. At this stage Paul Gallogly succumbed to an injury sustained earlier and was substituted with Fergal McGlade entering the fray.

Longford were again denied by the ref when Benny McManus went over. After this the ball looked to be cleared buy the visiting 10, but Longford returned with a wonderful solo effort by Barry Stewart who made a mockery if the Garda defence before crossing the whitewash. Glynn’s conversion brought the score to 20-0.

Prop Niall Harney got his name on the sheet when he barrelled over and Glynn’s conversion brought the score to 27-0. As Longford attempted to batter the door down great line breaks by Dylan Quinn and Ciaran Brennan looked as if they would set up more scores. Fergal McGlade got the next five points and the first 40 concluded with a score line of 32-0.

With the bonus point secured for Longford the second half lost a lot of its zing. The officers got off to a great start spending much of the early period in the Longford 22. Twice awarded penalties they kicked for the corner indicating that they were more interested in getting a try than breaking the duck.

However it was Longford who got the next and only try of the half. Robert Lee popped to Glynn, who made the defence make decision, when they hesitated he cut through the gap left by indecision, bumped the final defender and went over in the very corner.

He won’t have thanked himself as the conversion was being kicked into the sun. But Glyn was on fire himself and split the posts again to leave it 39-0. As the game wound down there were some great line breaks by Benny McManus and Dan Sweeny. Ronan Keeth kept working to the very end putting in a tremendous defensive shift.

With 20 minutes to play Longford rang some changes. James O’Connell came off to make way for Steve Coy, Justin Forde came on for Niall Harney and Lorcan Connolly came on for Ciaran Brennan.

In the closing stages Longford treated the spectators to some fancy Harlem Globetrotters style play. Line breaks from Dylan Quinn and Justin Forde continued to threaten the Garda, but no more scores would come. Longford will be delighted to have got some scores on the board. The work of the pack in the last few games was matched with some stability in the backs in this outing.

The team will be hoping to build on this in the coming games, but they will need more consistency to turn around the poor start to the season and not be facing relegation come 2014.