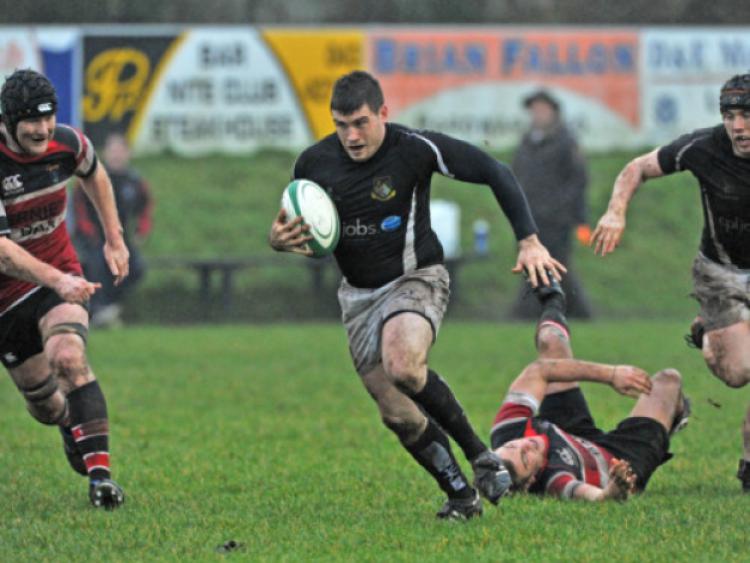 After five months of bruising encounters the destination of the 88th Towns Cup will be decided in Edenderry next Sunday. Tullamore take to the pitch for their seventh final looking for a fourth title, Longford are in their second final looking for a historic first win.

After five months of bruising encounters the destination of the 88th Towns Cup will be decided in Edenderry next Sunday. Tullamore take to the pitch for their seventh final looking for a fourth title, Longford are in their second final looking for a historic first win.

The competition is an open draw format and as such throws up many David v Goliath encounters. Twice so far in this competition Longford have assumed the David role in games against Division 1A sides Cill Dara and the title holders Enniscorthy.

However the final match up is the very epitome of that tale and Longford head to Edenderry facing the Nephelum that is Tullamore and recent form would suggest that they are the premier Junior rugby club in the Province.

Topping Division 1A means that on paper Tullamore are 12 places above Longford. This is coupled with the fact that they have assured their ascension into the AIL. As President of the Leinster Branch Ben Gormley said: “The Towns Cup is the Holy Grail of Junior rugby in the province and it is a competition that grips towns like no other. Its popularity continues to grow year on year.”

Next Sunday another chapter will be added to the story of the Towns Cup and head coach and out half for Longford, Colm Glynn, believes that the outcome is very much in the hands of his team: “Our own performance is really what we have got to focus on. Obviously we are going to look at the opposition and try and determine what they are going to bring to the party. Tullamore really have a lot to offer, but from our perspective we have got to focus on what we do and ensure we do it well. We can ask no more than that and we are not going to get upset or worried about our opponents.”

Forwards Coach, Niall Moran, is under no illusion as to the quality of the opposition: “We have to respect what Tullamore have to offer. But we would be underselling ourselves if we were not up for the fight. It is still going to be a big ask for us, but if we intend to make a game of this then we have to match them in the pack. We would be quietly confident that we can do that.”

Moran says that the work-rate of the Offaly side is their main threat: “They are a very difficult side to negate, they are good all over. They suck teams in, draw them into space then spread the ball wide. They are great at wearing teams down. There is no reason to expect them to change tack against us. They execute overlaps very well, so the challenges for us are fairly substantial.”

Director of Rugby with Longford RFC, Damien Curley, said that there is a healthy respect for the opposition: “Tullamore are a very strong team. I can’t really see any weakness, but hopefully we will have a game plan in place that will help us play to our strengths. They have a very strong pack, a hard running number 8, their scrum half/out half combination is very good. That is where they are particularly strong, that 8, 9, 10 axis.”

Head coach Glynn says that his charges are ready to compete with the heavyweights: “We have a powerful pack, there is a tradition of strong packs in Longford rugby. It has always been a part of our game and we would like to think that we can challenge them there. We will be looking to put them under pressure when they are on the ball. If the dry weather continues we will have a chance to throw the ball around, that will suit us. We have to challenge them in all areas of the park, this cannot be anything other than a 20 man game for us.”