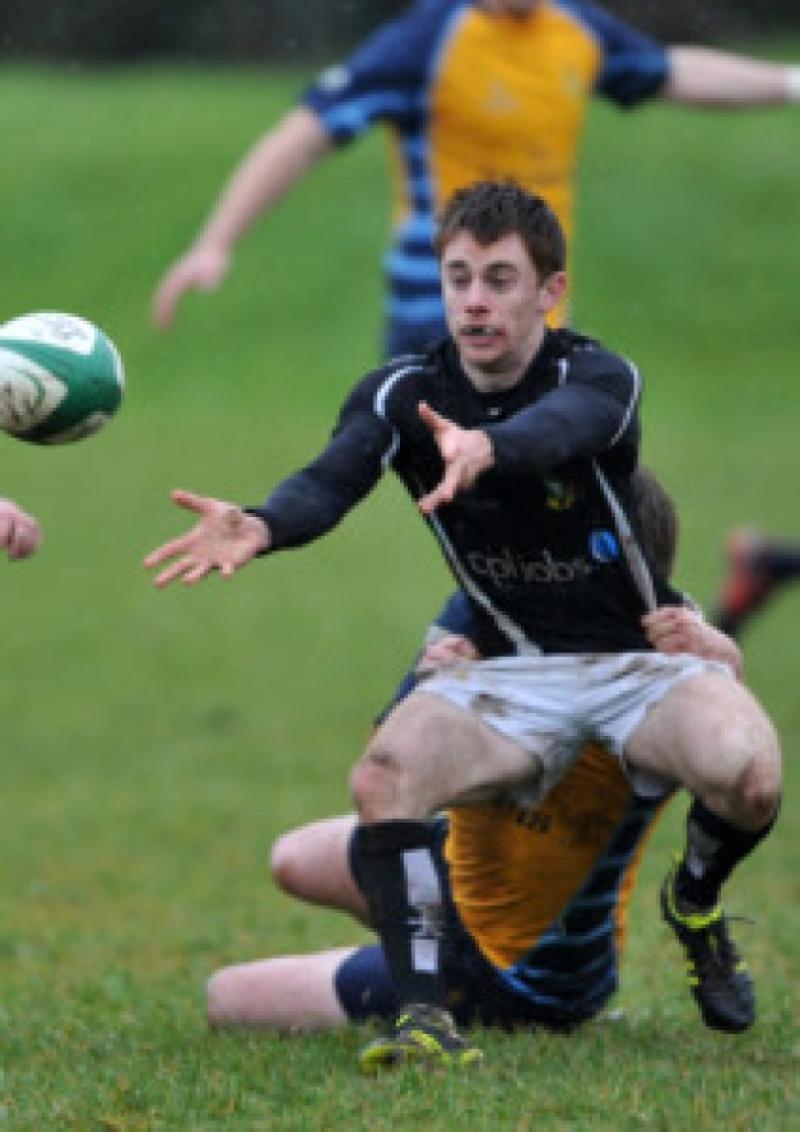 Longford produced a fantastic performance in overcoming Division 1A side, Cill Dara in their Provincial Towns Cup Quarter-Final away on Sunday last, St. Patrick’s Day. Longford came into the game with most of the expectation resting on the Division 1A home side Cill Dara.

However, from the first whistle Longford took the game to Cill Dara in the dry and bitterly cold conditions. Longford forced the concession of a penalty as early at the fourth minute from the hosts, which unfortunately was not converted. Indeed, this was the only miss in the match when kicking at goal, which proved crucial at the end of the 80 plus minutes.

Longford got a reward for their early dominance when Barry Trueick converted a penalty from the 10 metre line on the 7th minute. Things got better for Longford when Longford centre, James O’Connell burst through the home cover for a try after a well worked ball off the top of the Longford line-out.

Team Coach Colm Glynn duly added the conversion to leave the score at 10–0. On the 15 minute mark Longford tacked on another penalty to bring the score to 13–0, which was no more than they deserved for their early dominance. One of the features of Longford’s play on the day was the excellent execution of the choke tackle, which led to Longford turning over the ball on many occasions throughout the game.

Cill Dara secured their first points of the game on the 16 minute mark from a penalty on the 10 metre line and subsequently missed another penalty opportunity a few minutes later. Longford secured the next score after enterprising play down the backline saw Colm Glynn chip the ball through the Cill Dara defence only to be taken out by the Cill Dara full back. Barry Trueick duly converted to bring the score to 16-3.

Cill Dara began to come back into the game in the final ten minutes of the first half and managed to tack on two further penalties to narrow the Longford lead to 7 points at half- time. Longford also lost influential second row, Barry Stewart to injury before half-time with Clifford Richardson replacing him.

Cill Dara no doubt got the hair dryer treatment at half-time and came out all guns blazing at the start of the second half in an effort to reverse Longford’s first half dominance. Cill Dara exerted extreme pressure on the Longford line and were only kept out in the fourth minute, for what looked like a certain try, by a great tackle in the corner on influential Cill Dara No. 8 and captain Damien Broughall by Longford full back Ciaran Kennedy. However, Cill Dara were not to be denied and after getting the nudge on a scrum on the Longford 5 metre line after a series of resets, Broughall touched down for an unconverted try to leave the score at 16-14 ten minutes into the second half.

The momentum of the match seemed to shifting against Longford, but to their enormous credit they dug deep and gave Cill Dara as good as they got for the rest of the match in what was tense and tight cup rugby as its best.

Longford’s replacements made a big impact with Clifford Richardson putting in a powerful shift up front along with Hubie Connolly who came on in the back row and Dylan Quinn who came on at loose head.

Next to score were Longford, with a great penalty conversion by Colm Glynn from wide on the left after great work from the Longford pack. However, the scoreline might have had a different reflection, with Cill Dara failing to convert 3 penalties in the second half. Frustration and indiscipline began to creep into Cill Dara’s play with their No. 5 getting a yellow card for persistent back chat to the referee.

Although Cill Dara had a number of forays into the Longford 22 in the final 10 minutes plus 7 minutes of injury time, Longford looked like they were in control, indeed Colm Glynn tacked on a further penalty to leave the score at 22-14 meaning that Cill Dara needed at least two scores to win the match.

Indeed there no further scores in the match meaning Longford scoring a famous victory on the road and thus booking their place in the Towns Cup Semi-Final, their last appearance at this stage being in 1999 versus the eventual winners, Navan.

Immense credit is due to all the players on the day, who put in a great overall team performance. Colm Glynn had one of his best games of the season, Paul Gallogly was at his rampaging best at No. 8 and Clifford Richardson put in a sterling effort up front despite coming into the game with a heavy dose of flu. The Longford line-out was also excellent all day.

The draw for the semi-final took place after the match. Longford drew Midland rivals Roscrea, who they will meet on Easter Sunday March 31st in Edenderry. The other semi-final comprises the pairing of cup favourites Tullow and Tullamore. Longford now have a great chance of a cup final appearance, which would be a fantastic achievement for the club and the county.

However, Colm Glynn’s men know that taking the challenge of Roscrea lightly could be a fatal mistake and will go into the semi-final giving Roscrea all the respect they deserve.