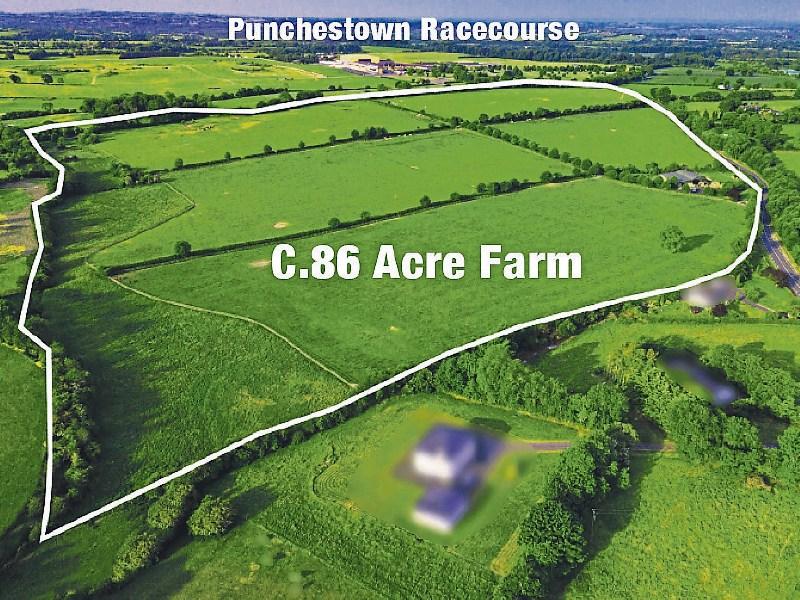 The land for sale in Naas

The outbreak of Covid-19 had little effect on the price of agricultural land — if a recent local sale is anything to go by.

A significant parcel of land (pictured above) located on the outskirts of Naas and near a racecourse has been sold for the equivalent of €20,000 an acre.

That’s almost €5,000 more than the average price of farmland in County Kildare, according the Irish Farmers Journal. There were six bidders.

According to IFJ, the average price of an acre of land in County Kildare was €15,166 during last year.

The value of farming land in County Kildare generally exceeds the value in most if not all other counties.

The 86-acre non residential farm has been sold at auction by REA Brophy Farrell for €1.71m.

It adjoins Punchestown Racecourse and was described by the selling agent as a top quality farm which is stud railed with extensive road frontage.

Auctioneer Brian Farrell, of REA Brophy Farrell, Newbridge, said it was necessary to limit the number of people in the auction venue so that social distancing protocols were observed.

“In previous times it would be a day out for many people to witness the auction of a local high profile farm,” said Mr Farrell.