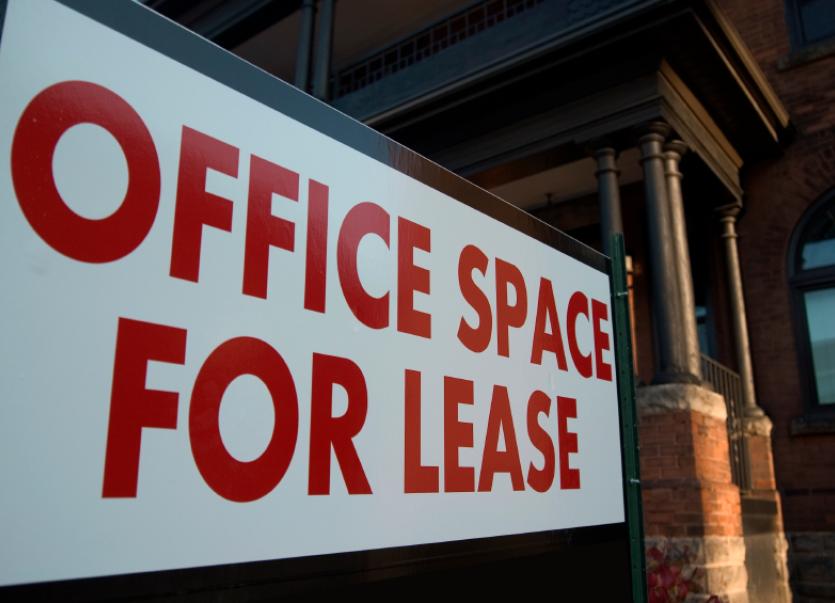 The commercial vacancy rate in Longford increased by 0.5 percentage points (pp) to 15.4% in Q2 2020, according to analysis in the latest GeoView Commercial Property released by GeoDirectory and EY-DKM Economic Advisory Services.

This is higher than the national average of 13.5%.

However, it is too early to gauge the impact of Covid-19 on commercial property stock and vacancy rates.

With a Europe-wide recession predicted and working from home to become more commonplace, it will likely be 2021 or 2022 before the full impact of Covid-19 on commercial property trends becomes apparent.

Almost half of all commercial properties in the country were located in Leinster (49.5%), with Dublin accounting for 23.6% of the overall total.

Increases in commercial vacancy rates were recorded in three out of four provinces, with only Leinster (12.4%) remaining unchanged. Connacht had the highest commercial vacancy rate at 17%, further emphasising the east-west divide in economic activity that has been evident in previous GeoView Commercial Property reports.

Edenderry in Co Offaly was the town with the highest commercial vacancy rate in the country at 29.2%, followed by Ballybofey, Co Donegal (29%) and Kilrush, Co Clare (25.9%).

Despite recording an increase of 1.1pp, Greystones, Co Wicklow, was once again the town with the lowest commercial vacancy rate in the State at 6.9%.

Edgeworthstown was the town with the highest vacancy rate in Longford (25.0%), while Longford Town had the lowest (23.5%)

GeoDirectory data shows that in June 2020, there were 22,896 commercial properties in Ireland classified as being in the Accommodation and Food services sector.

This represents 13.9% of the total national commercial stock with a business reference description

Counties on the west coast of Ireland had the highest percentage of Accommodation and Food service properties in proportion to the overall county commercial property stock.

This GeoView Commercial Property Report provides a ten-year analysis of specific commercial property types, highlighting trends in the main urban centres of Ireland between 2010 and 2019.

The data shows that the number of banks and credit unions has fallen substantially over the last decade, with 117 fewer branches in 2019 compared to 2010, representing a 12% drop. Since 2010 there has been a 28% increase in the number of supermarkets in the six largest supermarket chains in the main urban areas, with 116 new stores added to their commercial stock, due to opening new stores or from the acquisition of existing stores.

The number of travel agent outlets increased slightly over the ten years in question, from 295 to 297, despite the rise in popularity of online travel platforms. Similarly, in urban areas, there was no change in the number of cinemas, which held firm at 43 cinemas in the face of multiple streaming options emerging in recent years.

Commenting on the findings of the latest GeoView Commercial Property Report, Dara Keogh, Chief Executive of GeoDirectory said, “This is the third report in a row in which the national commercial vacancy rate has increased compared to the previous year. We can expect to see further significant changes in the coming years with the moderation in economic growth predicted as a result of Covid-19, international tourism in significant decline, the risk of a no-deal Brexit on the table and working from home becoming more prevalent. Our analysis of ten-year property trends also provided some interesting data. While online banking appears to have resulted in a reduction in the number of physical banks and credit unions, perhaps surprisingly, the number of travel agents and cinemas has remained stable.”

Annette Hughes, Director, EY-DKM Economic Advisory said, “While it is too soon to provide an analysis on the impact of Covid-19 on the commercial property stock and vacancy rates, the full impact on business is unlikely to be evident until 2021. Right now, the hardest hit sectors have been those with a high dependence on face-to-face contact or physical interaction, including Accommodation and Food, Travel and Tourism, Retail, Construction and those with less ‘working from home’ potential. With counties on the west coast particularly dependant on tourism related sectors, it is perhaps not surprising that the widening east-west gap evident in previous reports remains in place. As the full impacts of Covid-19 become apparent, it could lead to an even greater disparity between the east and west, and urban and rural areas, in terms of vacancy rates in these sectors in years to come.”