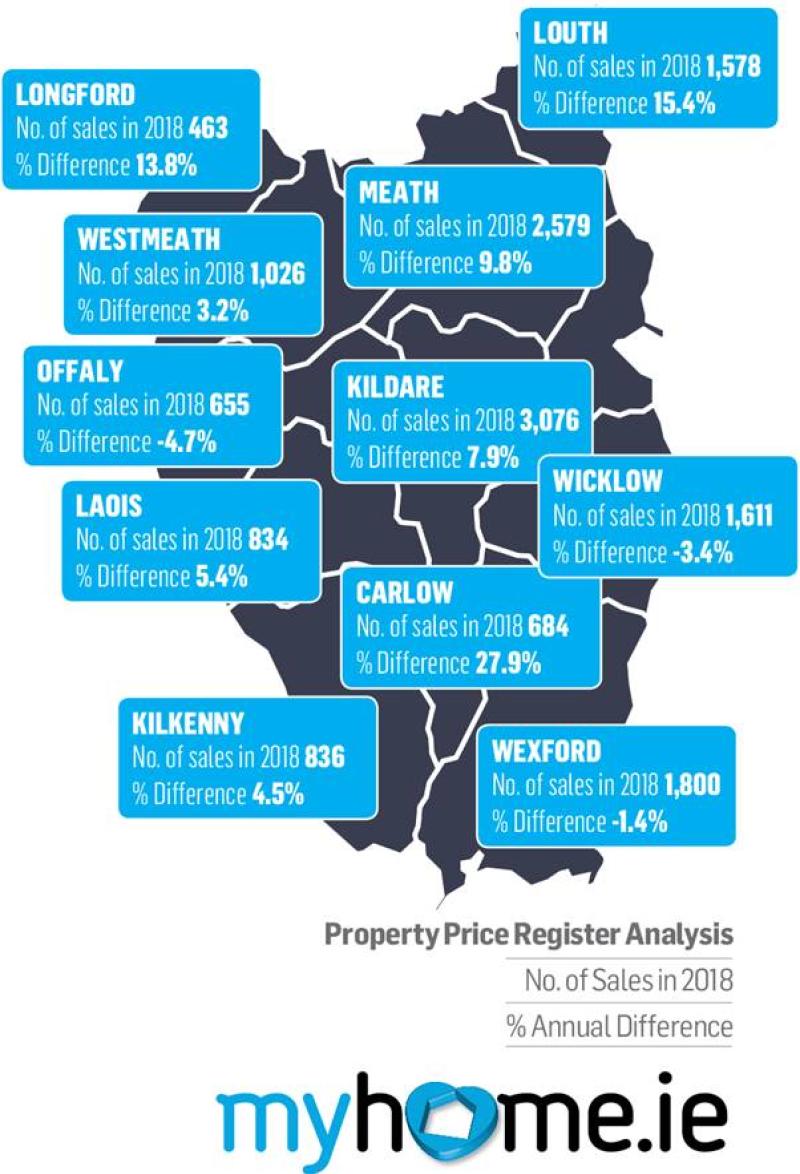 The level of residential property sales in Leinster, excluding Dublin, increased by 6.1% in 2018 to 15,142, according to an analysis of the Property Price Register carried out by leading property website MyHome.ie

This means that property sales in Leinster, excluding Dublin, accounted for 26.6% of total national sales of 56,836 last year. In Longford, there was a significant increase in sales, up from 407 to 463, which represents an increase of 13.8%.

However, the value of those sales rose by 24.4%, rising from €39.2m to €48.7m. This equates to an increase of €9.5m. Longford had the lowest number of sales in the province, accounting for just 3% of all transactions. Meanwhile the amount spent on property in the county equated to just 1.4% of the total spend in Leinster, excluding Dublin.

“People increasingly want to live in cities and towns and if they can’t live in their city or town of choice due to the lack of affordable housing or if they want more space, they tend to move further out into the commuter belt.

“The increase in the volume of sales in Longford and most other Leinster counties – they only fell in three – is encouraging as it shows the market is continuing to recover. For a market like Irelands’ with some two million homes, we should be seeing at least 4% of those properties changing hands annually. We’re currently under 60,000 sales nationally and we need to get to circa 80,000 sales a year, but the graph is moving in the right direction.” She added.