Longford average house prices predicted to rise by 10% in 2018

The price of the average three-bed semi in Longford rose by 15.4% to €90,000 in the last 12 months, according to a national survey carried out by Real Estate Alliance.

And local agents are predicting that property values will rise by 10% in the county in the coming year.

The REA Average House Price Survey concentrates on the actual sale price of Ireland's typical stock home, the three-bed semi, giving an up-to-date picture of the property market in towns and cities countrywide.

“Longford has a strong flow of receiver/auction sales of properties keeping the average down, but higher end property prices have risen by over 10% in 2017 and will continue to do so,” said Joe Brady of REA Brady. 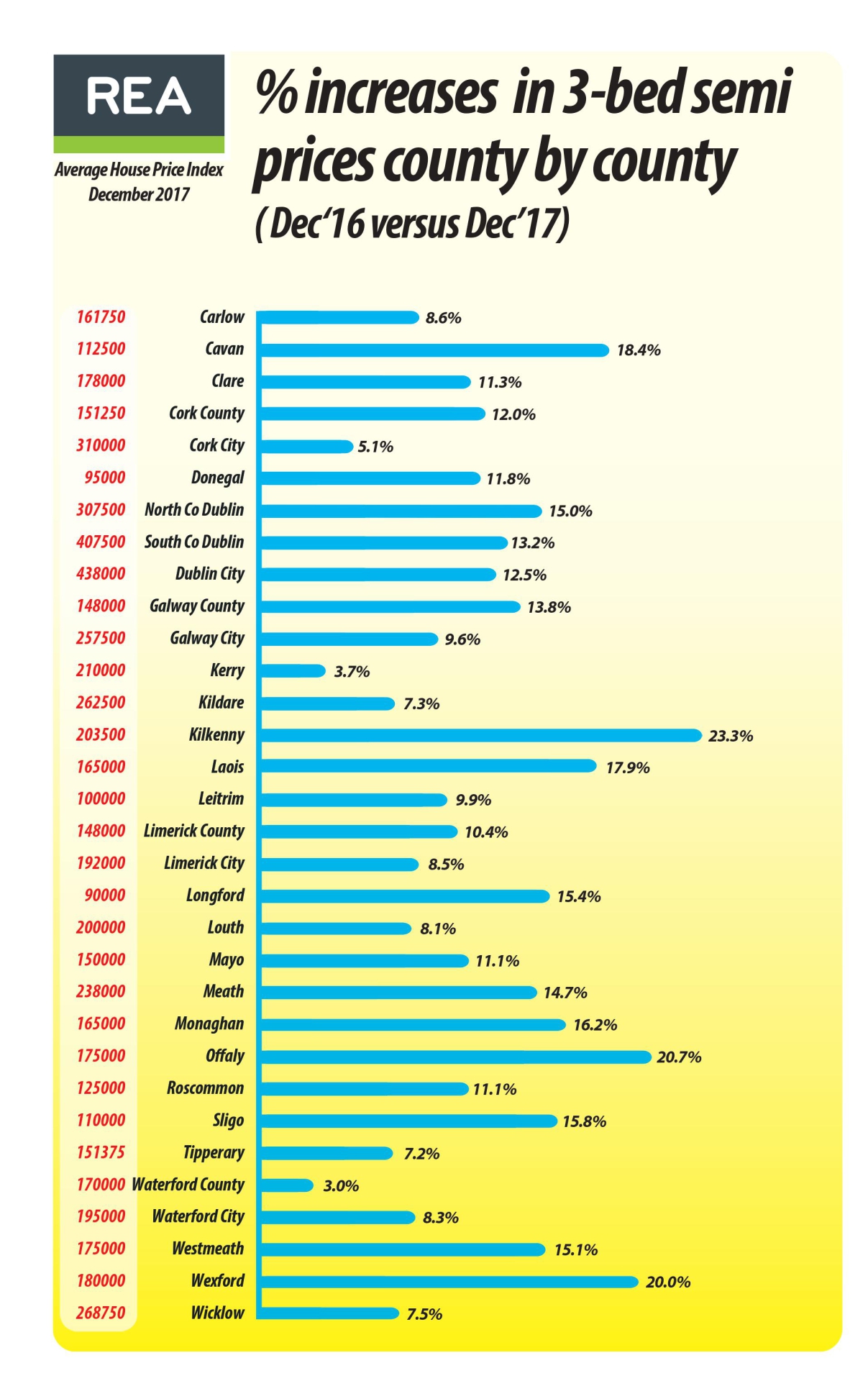 The survey also found that agents throughout the country expect prices to rise by 7.5% on average in the next 12 months.

“The heated market that we saw throughout much of 2017 has cooled somewhat and we are now in a period of more certainty,” said REA spokesperson Healy Hynes.

“A lack of supply is still the main driver of the market, with listings of second hand properties at a low level around the country.

“Anything that does go on sale is reaching sale agreed in a short period of time – five weeks on average and four weeks in Dublin city.

“However, this is not normal in a properly functioning market, where time periods of eight weeks to sale agreed are more common.”

The rate of increase in three-bed semi-detached home prices in Dublin slowed to 1.5% in the fourth quarter of the year as buyers look to new homes on the horizon.

The commuter counties also returned a restricted growth of 1.5% in Q4, and 10% overall for the year, following a relatively static 2016, with the average house now selling for €229,300.

The lowest increase in Q4 was reflected in the country’s cities outside of Dublin, where the grouping of Cork, Limerick, Waterford and Galway returned 1% growth, with average prices increasing by €2,375 to €238,625.

An increase in mortgage-approved buyers and the Help To Buy Scheme saw first-time buyers return to viewings in force over the past 12 months.

However, a shortage of suitable supply caused prices to appreciate, and REA agents in the capital are predicting that new homes will drive a bright outlook for the new year, freeing up some supply of second hand stock in the market.

Recovery is on as house prices rise in Longford