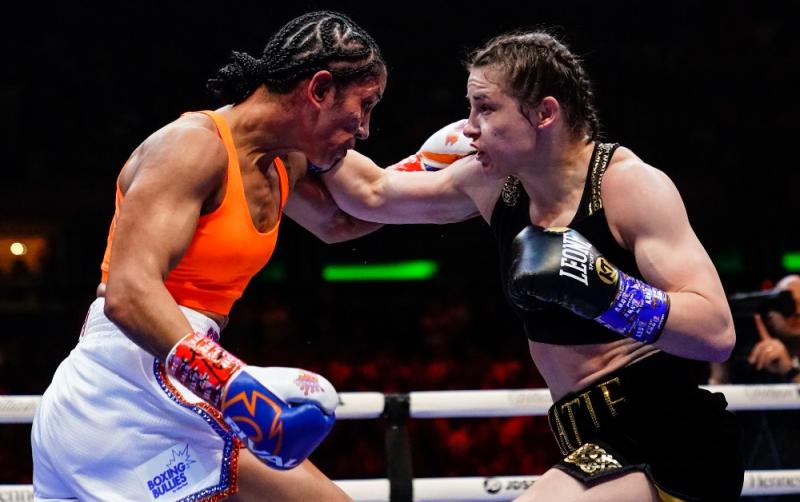 Katie Taylor showed immense courage and power of recovery as she retained her status as undisputed lightweight champion with a split decision win over Amanda Serrano in an instant classic. 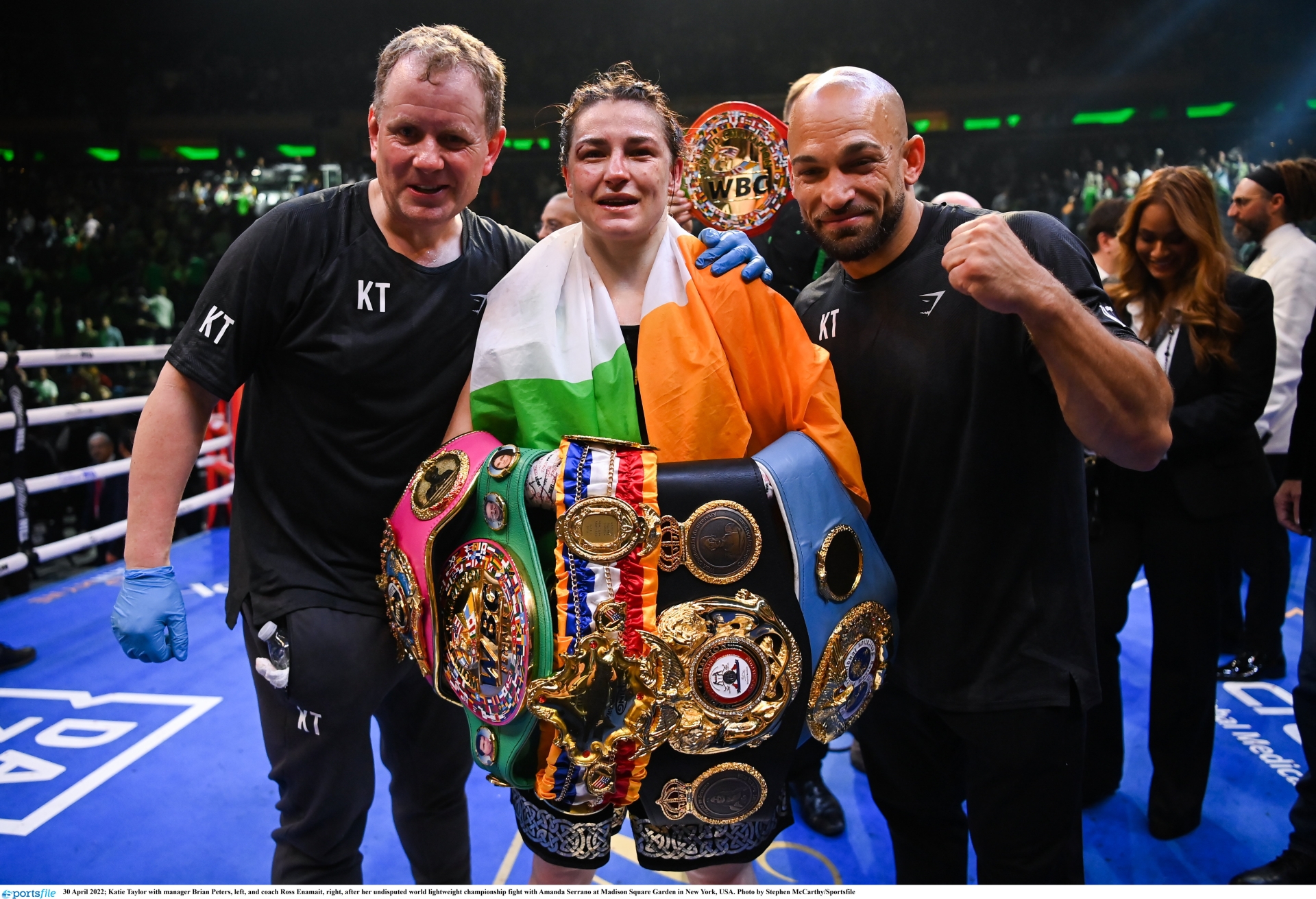 Taylor was in danger of being stopped but used every ounce of her experience to adjust and her movement and accuracy came to the fore in the final rounds, which ultimately led to her hand being raised.

She was given the nod by two judges by scores of 97-93 and 96-93, with a third plumping for her Puerto Rican opponent 96-94 and the close and absorbing nature of the fight will lead to calls for a rematch.

It was the toughest test of Taylor’s career but she extended her unbeaten record to 21 wins from as many fights, keeping hold of her WBC, WBA, IBF and WBO titles, following a standout performance.

The Bray native, a six-time amateur world champion and Olympic gold medallist at London 2012, has achieved so much but, in handing Serrano her second defeat in 45 fights, this is surely her finest hour.

This was billed as the biggest women’s showdown of all-time at the celebrated venue that staged the ‘Fight of the Century’ between Joe Frazier and Muhammad Ali in March 1971.

Despite coming in as champion, she was a slight underdog against Serrano, a fearsome puncher who has won world titles in every division between super-flyweight (115lbs) and super-lightweight (140lbs).

It was therefore little surprise that Serrano, 33, attempted to press the action from the off, using her southpaw stance to land big looping lefts that seemed to surprise Taylor, stiffening her legs.

Taylor seemed to invite Serrano forward and that played into the challenger’s hands, who was landing the cleaner and more noteworthy shots in the first few rounds even if the Irish fighter was countering well.

A fight that was already gripping took an even more thrilling turn in the fifth round as Serrano gained the initiative, backing Taylor, bloodied after an earlier accidental clash of heads, into a corner and teeing off with vicious rights and lefts to the head and body.

Serrano drew more blood from Taylor’s nose as meaty hooks found their target, with Taylor pushing and holding to stop the onslaught, while the frenetic pace continued in the sixth. Taylor’s punches seemed to be having little impact on Serrano and she rocked Taylor’s head back on a couple of occasions.

But while Taylor appeared to be distressed on several occasions and on unsteady legs, she refused to buckle in an electric atmosphere and somehow willed herself on as her rival seemed to tire.

Serrano had perhaps punched herself out in the previous couple of two-minute rounds and, sensing the urgency, Taylor rallied in the seventh and eighth, confounding her opponent with her movement.

Serrano was swinging at fresh air and was left marked up and bloodied herself in the ninth as counters and Taylor’s right-cross kept landing before the two went toe-to-toe in a final round where neither backed off.

Both fighters were hurt, Serrano first then Taylor, but they kept lunging forwards until the final bell sounded, barely audible over the cacophony of noise following a certain fight of the year contender. 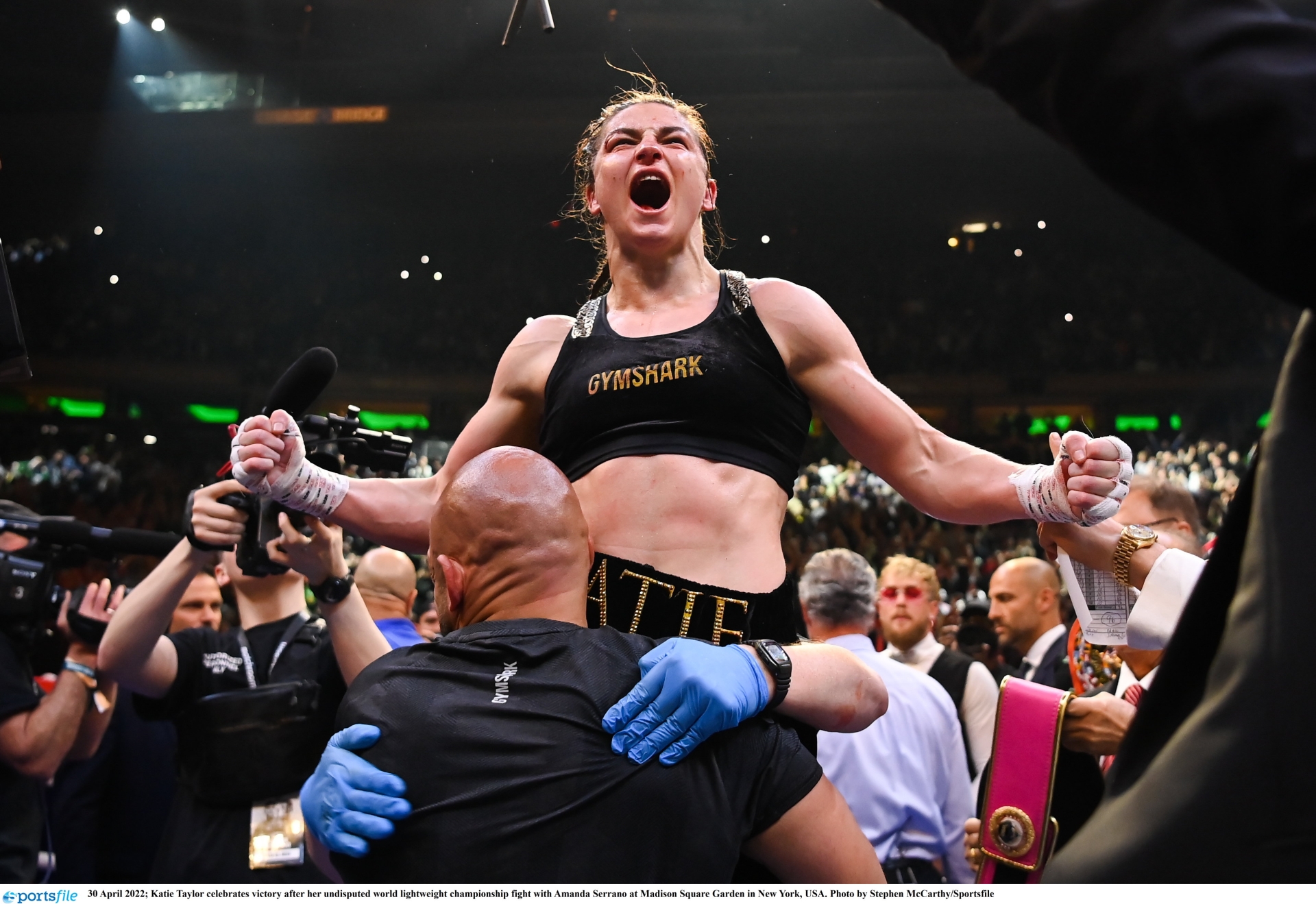