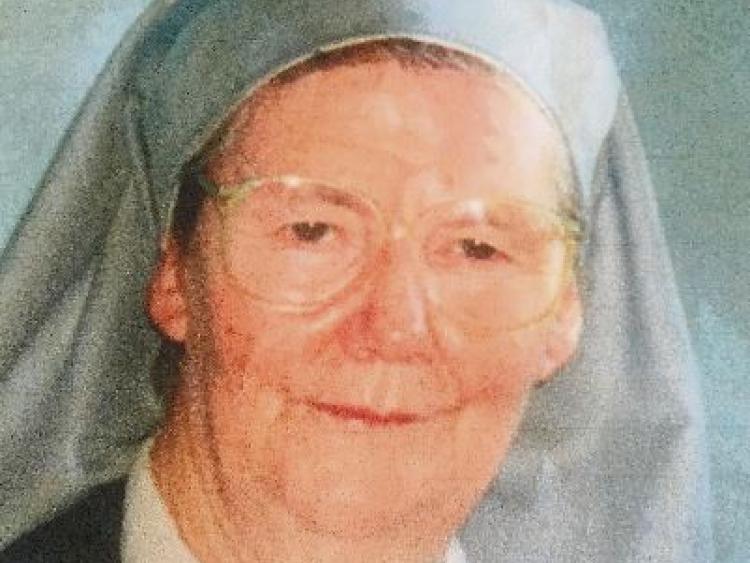 The late Sr Mel Brady, a native of Mullinalaghta

It was with much regret that the news of the death of Sr Mel Brady, Medical Missionaries of Mary, Drogheda was received in her native Mullinalaghta.

Sr Mel was born Mary Brady in the townland of Corbawn, also known as Leitrim in this area in 1926. She died peacefully in Áras Mhuire Nursing, Drogheda on Monday, May 25. She joined the MMM in 1947.

Soon after profession she was assigned to Nigeria, where she served for 12 years as secretary and in local MMM leadership. She had qualified as a typist and bookkeeper and graduated with a Diploma in Social and Economic Studies from UCD.

Sr Mel was a veteran of the exciting and challenging pioneering days of MMM mission in Nigeria working in a small mission called UseAbat/Akpa Utong where she was involved in the care of orphans and was also the Sister-in-Charge for ten years.

She was happy there and after a break of a few years in Ireland she returned to Nigeria to fill a leadership role during the civil war that erupted in 1966.

In 1970 she was appointed catering supervisor in Our Lady of Lourdes Hospital Drogheda and later worked in the accounts department there for 22 years. She is fondly remembered by staff there to this day.

She also did mission awareness work, served in the apostolic delegation in London, and helped in training women in their early years in MMM.

From 1992 to 2009, she worked in the MMM Archives Office. Sr Mel was based in the Motherhouse until she moved to Áras Mhuire for nursing care in 2013.

Sr Mel was a gracious and conscientious person, a perfectionist with high standards, a woman of prayer. She gave her full commitment to any ministry in which she was engaged.

Prior to her deteriorating health Sr Mel was a frequent visitor to her family and relations in the area. Of a friendly and unassuming manner, she was always delighted to meet up with former neighbours and friends.

The welfare of her nephews and nieces was a priority with her. She took great joy in their educational progress and chosen careers.

Coming from a musical background, no doubt she gave them valuable tuition in this field.

Sacred music with appropriate hymns was provided at her funeral Mass by the Kiernan and Callaghan families. Due to Government and HSE guidelines Sr Mel’s funeral was private for family only.

Predeceased by her parents John and Margaret, brothers Fr Jack (St. Patrick’s Missionaries Society). Tommy, Ned and Paddy, sisters Julia and Roseanne who died in infancy, she is survived by her brother Jimmy, sister-in-law Liz, nieces, nephews and their families and MMM Community to whom our sympathy is extended.

May she rest in peace.