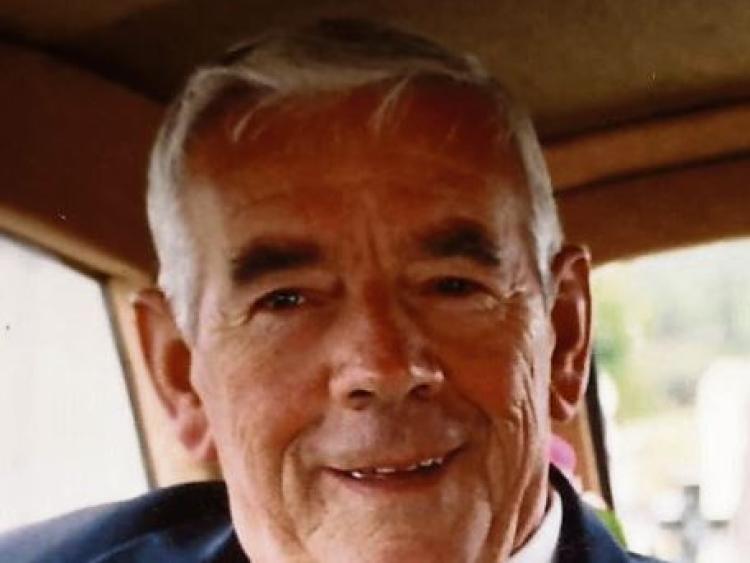 Charlie Lee’s death, on March 10, 2020, brought to an end a life of extraordinary achievements stretching back to the 1950s.

A great Colmcille man, Charlie was born in Carrickadorish in 1933 and lived most of his life in the neighbouring townland of Aughnacliffe.

His father, Jimmy, was a very enterprising man in his day and was one of the first in the area to operate a tractor-powered thresher.

Charlie followed in the same mould and was in great demand in the 1950s, ploughing and mowing for local farmers with his tractor, when most people were relying on the horse or pony.

In the early 1960s, Charlie Lee took a major step forward when he moved into the business of excavation and land reclamation.

He acquired what was simply referred to as a bulldozer, a big yellow machine that had never been seen before on the roads around Colmcille.

His first use of this equipment was the filing-in of a quarry on Packie McCabe’s land in Aughnacliffe. People watched from a distance, wondering at the amazing power of this machine.

A while later, Charlie purchased a sandpit at Ballybrien and, with two new lorries, expanded the farm enhancement work, making passes and access lanes for farmers.

Already, eight men were working in the business, a very welcome boost for an area ravaged by unemployment and emigration.

A period of extraordinary expansion followed and, by the late 1960s, a fleet of lorries was on the road and a number of excavators were engaged in quarrying, land drainage and reclamation.

By then, the Lee name was being recognised far and wide and contracts were acquired over a wide area spreading into the three provinces; Leinster, Connacht and Ulster.

Charlie’s biggest move was yet to come and that happened when he purchased a solid-rock quarry at Moyne and installed stone-crushing equipment.

McKenna Construction from Co Tyrone constructed the plant in Aughnacliffe and then assembled it in the quarry in Moyne.

The fleet of lorries expanded further and the level of employment increased greatly, with a new machinery yard and offices built at Aughnacliffe.

Diversification was the name of the game, as one section complimented another.

A second quarry and crushing equipment was developed at Clondra.

Charlie then ventured into bulk concrete and this meant building the facilities at Moyne to make the concrete and buying tankers to deliver it. By the mid-1970s, as many as 22 lorries (some hired from other operators) were drawing material from the quarries.

Seizing new initiatives was always key to Charlie Lee’s success and laying tarmacadam was his next venture.

A tar plant was purchased in Co Down and had to be dismantled and reassembled in Moyne. Leeway Tarmac was born. Yet, this was only one of several enterprises running simultaneously.

C & T Contracts were engaged in constructing silage pits and sheds and Leestown Oil distributed diesel and kerosene over a wide area.

Numbers employed grew steadily to a peak of about 50 and many skilled workers returned from England to avail of the new employment opportunities.

Many of his employees built houses locally and Charlie Lee was the major employer, indeed the only significant employer, based in the North Longford area at the time.

When pay-day came on Friday, the local pubs would be buzzing, as many of the Lee workforce downed tools for the weekend.

Charlie sold the Moyne operation to Readymix in the late 1970s, but continued to operate the Clondra enterprise and acquired a tar plant in Southampton, England in 1979, which he transported and reassembled in Clondra.

Charlie Lee’s incredible success story was recognised in an indirect way in 1970, when a secondary school girl from his own townland of Carrickadorish, Kathleen McNerney (now Kathleen Gumley, Arva), won a national award for an essay competition run by Young Citizen on the subject; “A man who has made a great contribution to our local community”.

While Kathleen’s writing skill was key to her success in the competition, Charlie Lee’s incredible success story was a well-chosen topic.

The local impact was put succinctly by Kathleen McNerney when she said:
“Steadily, his labour force grew, and all of them were natives, working in the locality for the locality. Aughnacliffe, a place previously unknown, except to ourselves, was gradually placed on the map, thanks to the wonderful initiative of one man.”

A modest, quiet-spoken man who achieved extraordinary things in the field of enterprise and endeavour in his native Colmcille, Charlie Lee’s innovative developments meant as much to Colmcille and North Longford as those of Fr McDyer did in Glencolmcille, or Monsignor Horan in Knock.

He was always coming up with something new and everything he touched produced results.

At a community level, Charlie was a member of the Colmcille GAA Park Committee which developed Páirc an Athar Mhic Aoidh in 1982.

He was also interested in horse racing and owned a number of race horses at one period.

In 1960, Charlie married Cathy Lynch from Cleenrath in the same parish of Colmcille and they raised a family of six; daughters Áine, Bronagh and Ita and sons Barry, Seán Óg and Cathal. Sincere sympathy is extended to the Lee and Lynch families on Charlie’s recent death.

The late Charlie Lee reposed at his home on Wednesday, March 11 and Funeral Mass took on Thursday, March 12 in St Colmcille's Church, Aughnacliffe, followed by burial in adjoining cemetery.