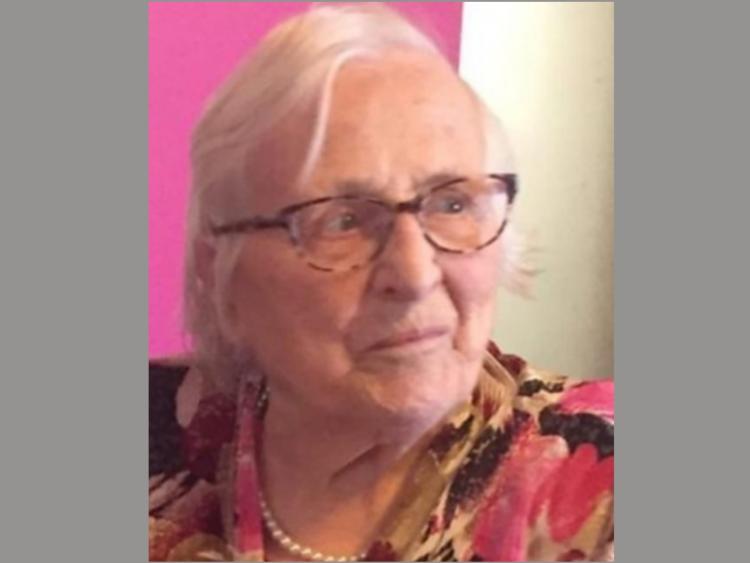 It is with regret that we record the death of Ms Maude Louisa Scott, Main Street, Arva which occurred peacefully on 24 April at Newbrook Lodge Nursing Home, Mullingar following a long illness.

Maude was the third born of eight children to the late Robert and Elizabeth (Lilly) Scott – a very popular family in the area.

In her early teens, Maude worked in the family shop in Arva, and would often recall the many happy memories from this time when there was much anticipation familiarity and loyalty amongst the regular weekly customers.

Following closure of the shop, Maude made the brave decision to go the Royal Berkshire Hospital in England to commence General Nursing and following this Maude moved to the Edinburgh Royal Infirmary Hospital where she trained in Midwifery and became a senior Ward Sister in the Delivery Suite. She truly loved this position and indeed the City of Edinburgh.

Maude spent many happy years in Edinburgh and travelled home as often as possible to Arva.

When her mother became less able, Maude then made another huge and selfless decision to move back to Arva and mind her mother permanently. Such was her dedication and great care that her mother Lilly enjoyed many happy years of round the clock care from Maude with the aid and homely company of her younger brother Basil.

Family was very important to Maude and she maintained great relationships with all her family and had many regular family visitors.

Maude was always very proud of the beautiful lake garden behind the house and sat outside when at all possible. When able Maude also enjoyed shopping trips to Dublin and Longford by bus and the opportunity to chat to people.

In recent years Maude loved when Basil took her on Sunday afternoon drives to familiar Brankhill and Corlespratten where she enjoyed chatting to local people and would recall the past so fondly.

Maud was both sincere and direct, and full of good advice. A lady of high integrity that was greatly respected. Maude is dearly missed by all her family.

As her funeral cortege approached her home a Guard of Honour was held by her neighbours on Main Street while many more waited outside the church grounds. Rev Canon Hazel Hicks officiated.