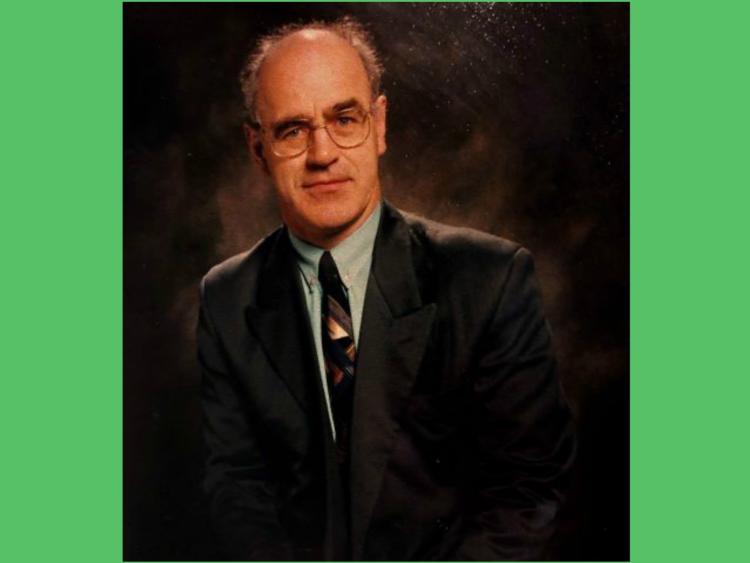 Granard native Paddy Kilbride passed to his eternal reward, at his home in Griffith Avenue, Whitehall, Dublin on Tuesday, April 28, and in the exceptional and loving care of his wife Maura and their family.

Paddy was son of the late Tommy and Mary Jo Kilbride of Cartron, Granard and he was also predeceased by his brothers Seán in September 2011 and Séamus in June of last year.

Paddy was a primary school teacher and spent most of his teaching career in Scoil Mhuire in Marino, Dublin and his death is deeply regretted by all his past pupils.

The lovely tributes paid to Paddy by his many past pupils on the condolence pages since his death are and will be a great consolation to his family.

As a young man Paddy would have worked on the country and some will have memories of him spraying potatoes with the horse drawn sprayer or mowing meadows with the little blue Dexter tractor and in later years he would speak with great fondness of those times and of the people he met.

While teaching was his profession Paddy could turn his hand to any sort of work and he always welcomed a new challenge, be it carpentry, building or even changing or repairing an engine and his belief was that if a job was worth doing, then it had to be done right.

Paddy was a great family man and his pride and joy were his devoted and loving wife Maura and their children Pádraig, Seán, Mairéad and Tom and he took a humble pride in all of their achievements.

Following their retirement, Paddy and Maura were able to spend more time in Killenwas and in Maura's native Cavan and we always looked forward to their visits to Willsbrook or to their calls to say 'We're in Killenwas' so maybe you will call over for a chat.

Indeed we would go over and we'd reminisce for hours and often times tears might be shed as we talked of our loved ones now passed.

Paddy was a man of great faith and he loved attending Mass in Granard and when his illness came, he accepted it as the will of God and right up to last Tuesday this never changed and so he passed into his eternal reward. As were his wishes, his remains were brought back to his beloved St Mary's on Wednesday evening and it was lovely to see his neighbours and friends out to wave him goodbye as the cortege made its way to Granard where his dear friend and cousin Fr Simon received and blessed him.

At midday on Thursday, Paddy's funeral Mass was offered for the happy repose of his soul and his sister, Sr Roberta in Pakistan was able to join in on the web cam as were his brother Joe in Wexford and sister Brid in Dublin. Following the Mass Paddy was laid to rest in Granardkille new cemetery.