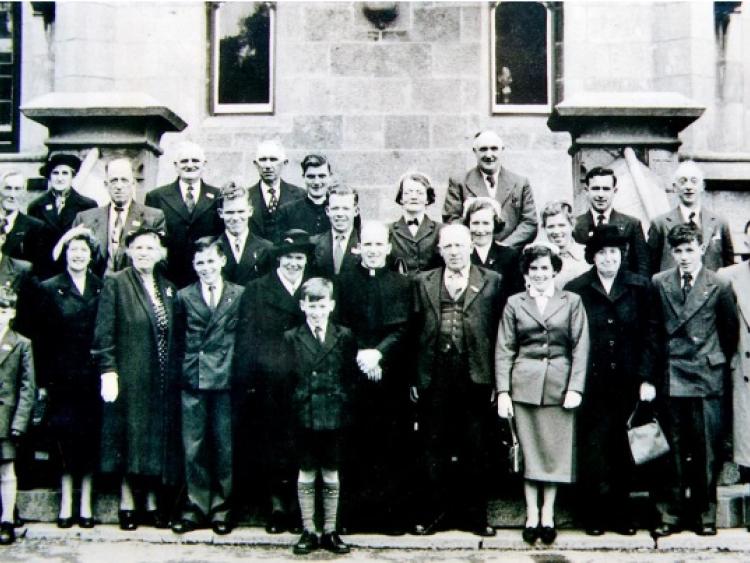 Arva native, Father Charles Brady, a beloved priest of the Diocese of Sacramento for more than 64 years, died on Wednesday, March 25 at Mercy McMahon Terrace in Sacramento, where he resided for the past few years. He was 89. 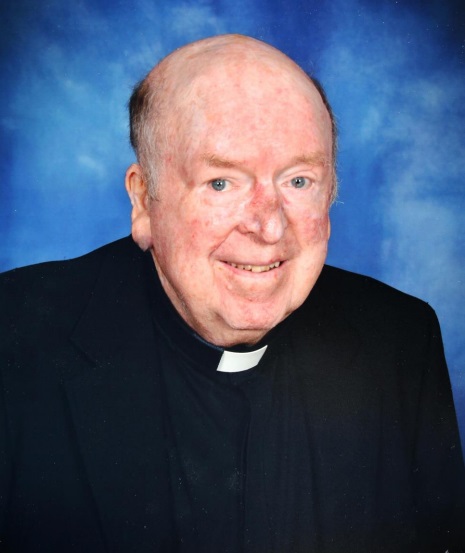 A native of Arva, County Cavan, Father Brady was the third of eleven children born to Thomas Brady and Kate Leddy. He attended school at Killygarry, County Cavan.

When he was 10, he went to live with his aunt, Mary, and uncle, Peter, staying with them for nine years while he attended St. Patrick high school and college, until he entered the St Kieran’s Seminary in County Kilkenny in 1949, for studies for the priesthood. He completed his college studies and course work in theology.

Father Brady met Thomas Delahunty at St Kieran’s and the two of them decided they would apply to be seminarians for the Diocese of Sacramento. After six years of studies at St Kieran’s, he was ordained to the priesthood on June 5, 1955 in St Mary’s Cathedral, Kilkenny.

He left for Sacramento from the port of Cobh, Ireland for a week’s journey across the Atlantic and arrived in New York harbour on Labor Day weekend in September 1955. He spent three weeks there visiting his uncles and aunts. He flew to Los Angeles, where he was met by his uncle, Father Patrick Leddy, pastor of St Francis Church in Bakersfield, who later drove him to Sacramento.

After serving as assistant pastor of St Joseph Parish in Sacramento for two years, Father Brady served at Holy Spirit Parish as assistant pastor for the next 10 years. He recalled in a 2015 interview with Father John Boll, diocesan archivist, that during those years as many as five priests lived together in the rectory, some only in residence. He said a good spirit existed among the priests in the house, which made it a positive and happy experience.

During his two-and-a-half years as pastor of St Francis of Assisi Parish in Burney, Father Brady celebrated Mass at Manzanita Lake in Lassen Park during the summer months. He also served as chaplain to the Bieber conservation camp.

While serving as pastor of Our Lady of Lourdes Parish in Colusa, the Holy Cross Sisters who had staffed the school for many years withdrew and the school was forced to close. A few years later, Father Brady was able to reopen the school, for which he was grateful. He was involved in the renovation of Our Lady of Lourdes Church, and through his efforts the church was designated as a historical building by the state of California.

He succeeded Msgr Edmund O’Neill as pastor of Holy Spirit Parish in Sacramento in March 1981, where he considered the parish school a major ministry and often visited the children and celebrated school Masses on a weekly basis.

He retired at age 75 and lived in a house in the Pocket area of south Sacramento for nine years. He suffered from macular degeneration in both eyes and eventually was not able to see well enough to read.

In an interview in 2015, Father Brady said the six decades of his ministry were happy for him, as he made many wonderful friends, clergy and laity, during the course of his priestly life. During his years in retirement, he continued to attend the weekly Saturday evening Mass at Holy Spirit Parish.

Fr Charlie’s funeral took place in California and a memorial Mass to celebrate his life will take place at a later date. May He Rest in Peace.