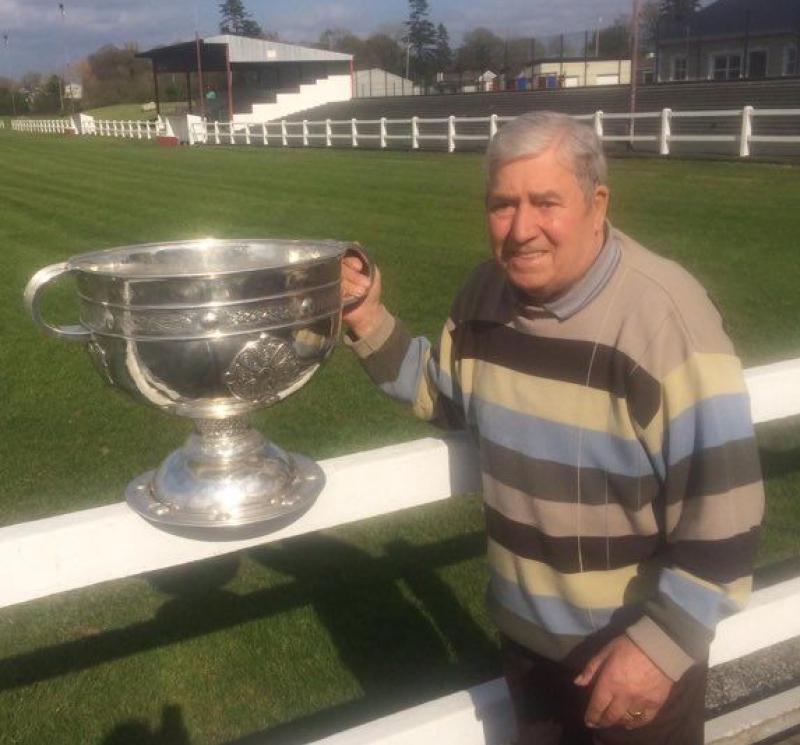 The peaceful death occurred on April 2, 2020 of Mr Tommy McCormack, The Hill, Ballymahon in Thomond Lodge Nursing Home in his 82nd year after a short illness.

Tommy was a grand, quiet gentleman who got married to Carmel back in 1966, 54 years ago. A daily Mass-goer, he was a great family man, very proud of his two children and four grandchildren. He always enjoyed travelling up to Drogheda visiting his daughter Siobhan and her family.

He originally worked in Lovells Bakery and later as a carpenter. He had a great pair of hands and set up Midland Trophies in 1975 with his good friend Michael Heneghan. He carried on the thriving business with Carmel when Michael left the business, until 2003 when his son David and his wife Madeline took over, although Tommy always kept an interest in the business. Midland Trophies have always been very generous sponsors to many sporting and community events in the area over the years.

Tommy was very involved in Ballymahon GAA Club. His playing career began in the ‘50s. He made a huge contribution to the club as a player, official and as a referee, and refereed several county finals. He was also an umpire for referees and was one of the umpires for John Bannon in the 1998 All-Ireland football final which Galway won.

He was a committee member for years and a founder member and promoter of their Weekly Lotto.

In a tribute, posted on Facebook, Ballymahon GAA described Tommy as ‘a central figure’ in their club.

“Tommy’s playing career began in the 1950’s, where he was unlucky not to have won a Minor Championship in 1954 – losing out to Carrickedmond by a point after a replay. Better days were to come in the 1960’s, and Tommy was a key forward on the teams that captured the historic Junior Championship & Leader Cup double in 1960, defeating Mullinalaghta & Colmcille respectively.

“Tommy also made a significant contribution to the GAA as a referee and umpire, refereeing several county finals in Longford, and had the honour of being an umpire at the 1998 All-Ireland Football Final, which Galway won. Off the field, he was a Committee member for years and he was also a founder member and promoter of our weekly Lotto.

“Tommy and his family have made a significant contribution to the commercial life of the town with the establishment of Midland Trophies, which has grown to be a company of national renown. He was a familiar sight in the presentation area in Pearse Park at the County Final each year, ensuring the trophy was in pristine condition for presentation. In later years, Tommy was an unfailing supporter at Club matches and he derived great pleasure from watching his grandchildren tog out for Ballymahon.”

Tommy was a member of the local Fire Brigade for many years where he served with great distinction.

An accomplished badminton player, Tommy played the game with his partner, Phil Flynn. He also loved dancing, he and Carmel cut a fair dash on many a dance floor and another hobby he had was painting. He actually sold some of his work at an art exhibition in the new Library in the not distant past.

When Tommy’s remains were being brought to St Matthews Church on Saturday morning last, many members of the GAA Club and also the Fire Brigade lined both sides of Main Street keeping their social distance to pay their respects which bore testimony to the respect with which he is held in the area. He was laid to rest in Forgney Cemetery.

Deepest sympathy is extended to his wife Carmel, son David and daughter Siobhan, daughter-in-law Madeline, son-in-law Pat, grandchildren Mark, Aisling, Philip and Tom, niece, nephews, relatives and many friends.  A Memorial service will take place in the future. May he rest in peace.