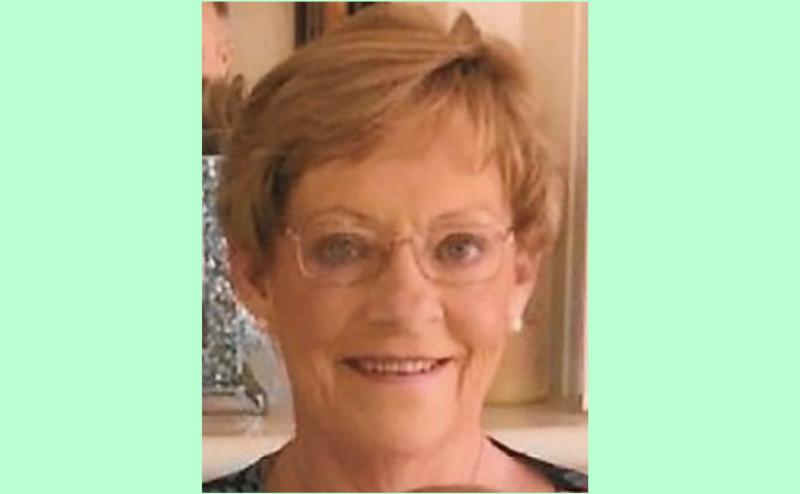 There was much sadness and regret on Monday, January 20 when the news became known that Eileen Dalton (née Reilly) of Ballyreaghan, Ballinalee had passed to her eternal reward following an illness.

Beloved wife of Henry and dear mother of Michelle and Shane, Eileen was predeceased by her parents Michael and Margaret Reilly of Ballymore and also by her brother James Reilly in August 2017.

Eileen was a lovely kind person who worked in the caring profession and she was loved by all her patients and work colleagues alike and she will be sadly by missed by all.

Over the years Eileen had several setbacks health wise but she never complained and continued with her daily life right up to recently when it became just impossible to do so and then she accepted her final illness with great dignity.

Eileen's remains reposed in the family home on Tuesday and Wednesday, January 21 & 22, and large crowds came to say a fond farewell to a loving wife, mother, grandmother, sister, neighbour, work colleague and the Holy Trinity church in Ballinalee was full for her removal on Wednesday evening and again for her funeral Mass at midday on Thursday after which she was laid to rest in the family plot at Clonbroney cemetery.

We offer our heartfelt sympathy to Henry, Michelle and Shane and to her son in law Cormac, her adored grandson Bobby James, Shane's fiance Jackie, her brothers Hughie, Michael and Frank and to the extended Dalton and Reilly families. May she Rest in Peace.